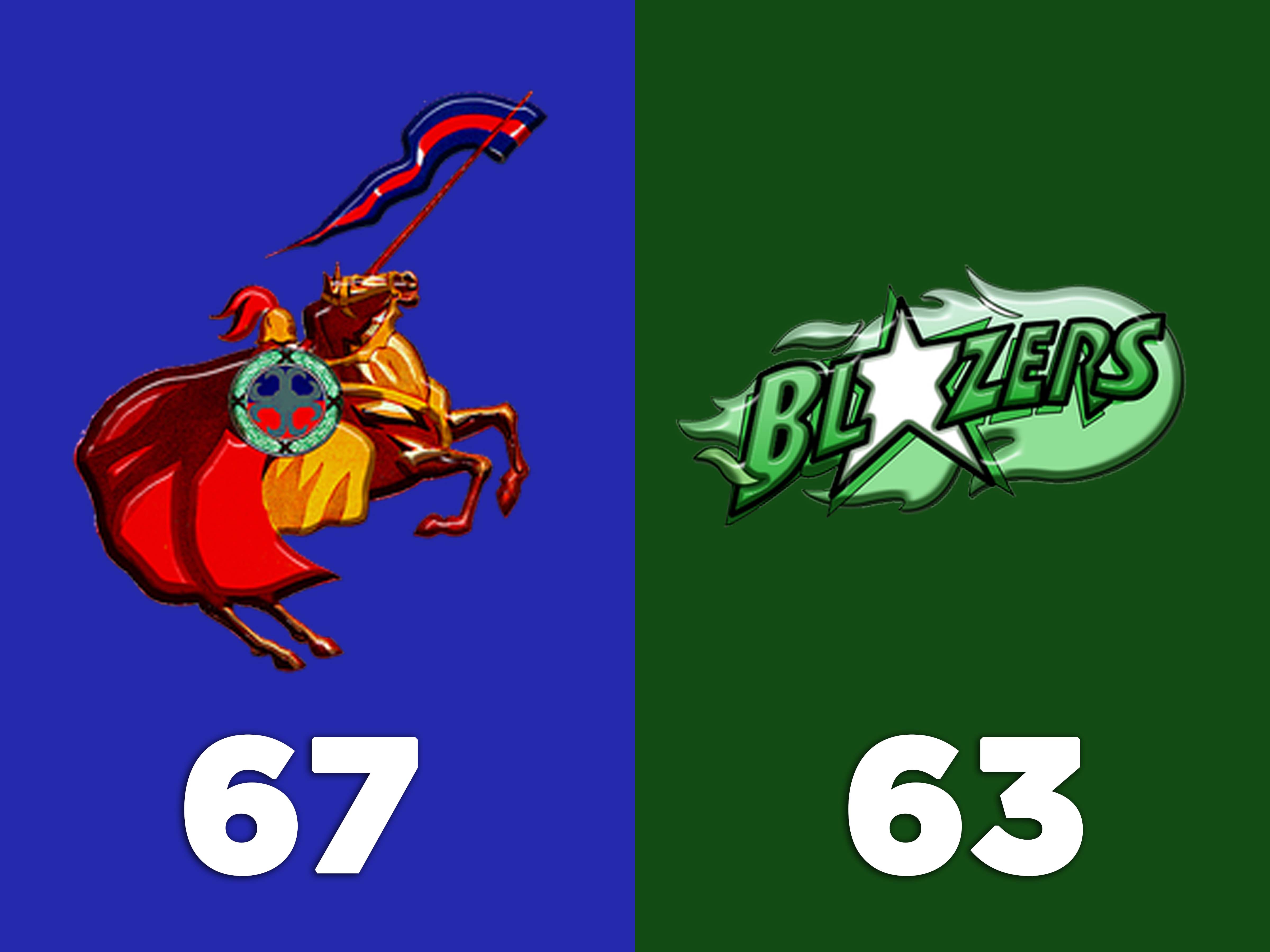 The Letran Knights escaped the gritty CSB Blazers in a nail-biting 67-63 victory in the opening game of the 97th season of NCAA earlier today at La Salle Greenhills Gymnasium in San Juan City.

The Blazers welcomed the opening salvo with high-octane offense that helped them clinch an early 25-18 advantage, through the heroics of Carlo Lim.

While the Knights were struggling with their defense in the first half, CSB seized the opportunity and ignited a seven-point rally from Prince Carlos, to pull away from the 41-all deadlock and to give the Blazers a 46-41 cushion.

Both teams engaged in a push and pull affair in the third frame before NCAA Season 95 MVP Yu ignited a six-point blitz to cut Benilde’s advantage into two, 57-55.

The Knights relied on the efforts of Mark Sangalang who drained a lay-up with 1:10 ticks remaining on the clock. However, a free throw from Yu sealed the victory for the defending champions.

AJ Benson spearheaded the Blazers with 16 points, backed by Carlo Lim and Will Gozum who contributed 10 and eight points, respectively.

While NCAA newcomer, Rhenz Abando paced the Knights in his debut game with 19 points, eight rebounds, three assists and four blocks while getting ample help from Fran Yu who tallied 12 markers, two steals and one assist.

The Knights' next match will be on March 30, against Arellano University.