Why the Left took the streets against Trump 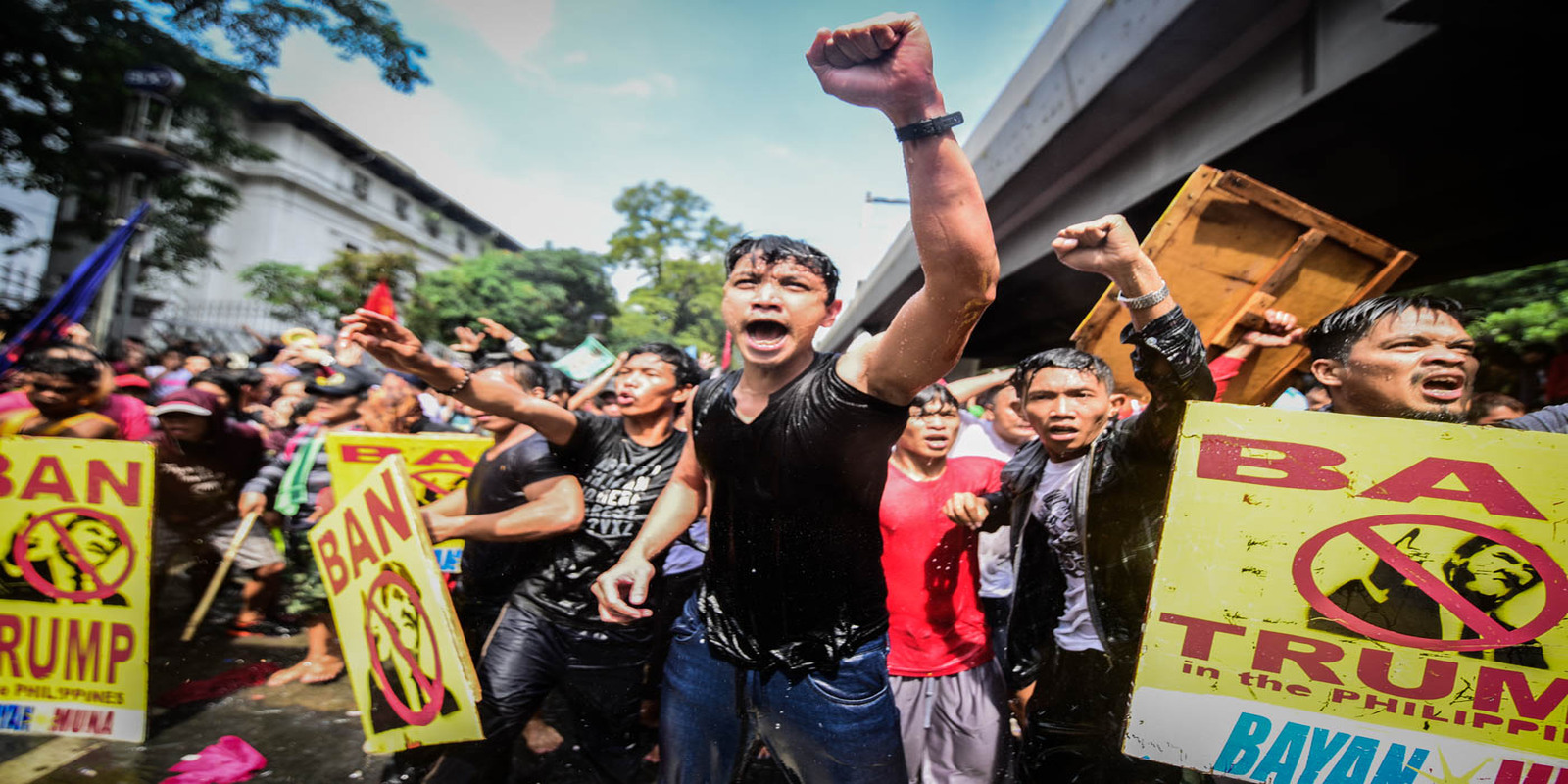 The opening ceremonies of the 31st ASEAN Summit were greeted with protests from militants, led by Bagong Alyansang Makabayan, campaigning #BanTrumpPH, a call to ban Trump from the country for his aggressive military and immigration policies.

Armed with placards and streamers that read, “Dump Trump,” and “No Trump, No War”, protesters warned that Trump’s visit will only drag the Philippines into the US conflict with North Korea. They claimed that the US president wants to build more US military bases in the Philippines.

“Trump represents the worst aspects of US imperialism,” the group told the Southeast Asia Globe. “He is right now the biggest threat to regional peace with his provocations against North Korea.”

However, according to the White House Trump’s tour was to hold the rising tension brought by North Korea’s missile development as it is the current global issue that is much needed to be addressed and immediately resolved peacefully.

Trump and Duterte, who were both elected as president of their respective countries in 2016, have likewise gained attention for their firebrand language.

As different militant Groups held protests against the arrival of US President Donald Trump here in the Philippines, different groups marched through the roads of Metro Manila along with their rally cry “Ban Trump in the Philippines”. The protest did result to upheaval as it was ended with the protesters being bombarded with water due to violence erupting between protesters and the riot control police as protesters tried to force their way through the police barrier gate.

Protesters marched with their posters against Trump and had burned a 13-foot effigy with the face of the US President, leaving mess across the roads of the City. The protest did also cause heavy traffic jams as some of the roads were impassable due to a large mass of fuming mad protesters.

President Dutere was in no escape from the protest as he was called a “Lapdog” of the US, calling him “fake” as he was being tough yet only on the poor.

Militant group Laban ng Masa said that the protest was a call to action to the government to remove the US intrusion on the sovereignty of the Country. And, as according to the Militants group’s coalition, Trump’s visit was only for the sole purpose of the inclusion of the Asian countries on US war plans. Karapatan Alliance for the Advancement of the People’s Right also struck the US for funding Duterte’s administration campaign on the war on drugs despite it facing issues of human rights. Militant groups added that Trump's tour was a form of insult and disrespect as the US is not part of the ASEAN summit. The group stated that the visit was only an attempt for a one-sided interest for the gain of the US.

The Militant Protest brought injuries to protest marchers and riot police. It had also resulted in the trouble of commuters and motorist. The protestors’ detractors consider the objection as only a form of blind agenda and a loud rant. In contradiction, the protest was a call to answer the administration's shortcomings and mend the holes that it had done. The government is yet to answer the protest, but as militant groups assured, a protest will continue to take place as long as the administration is not making progress in putting the perceived change that they believe. And as long as their pointed issues aren't given much room, the Duterte administration can only brace for more to come.