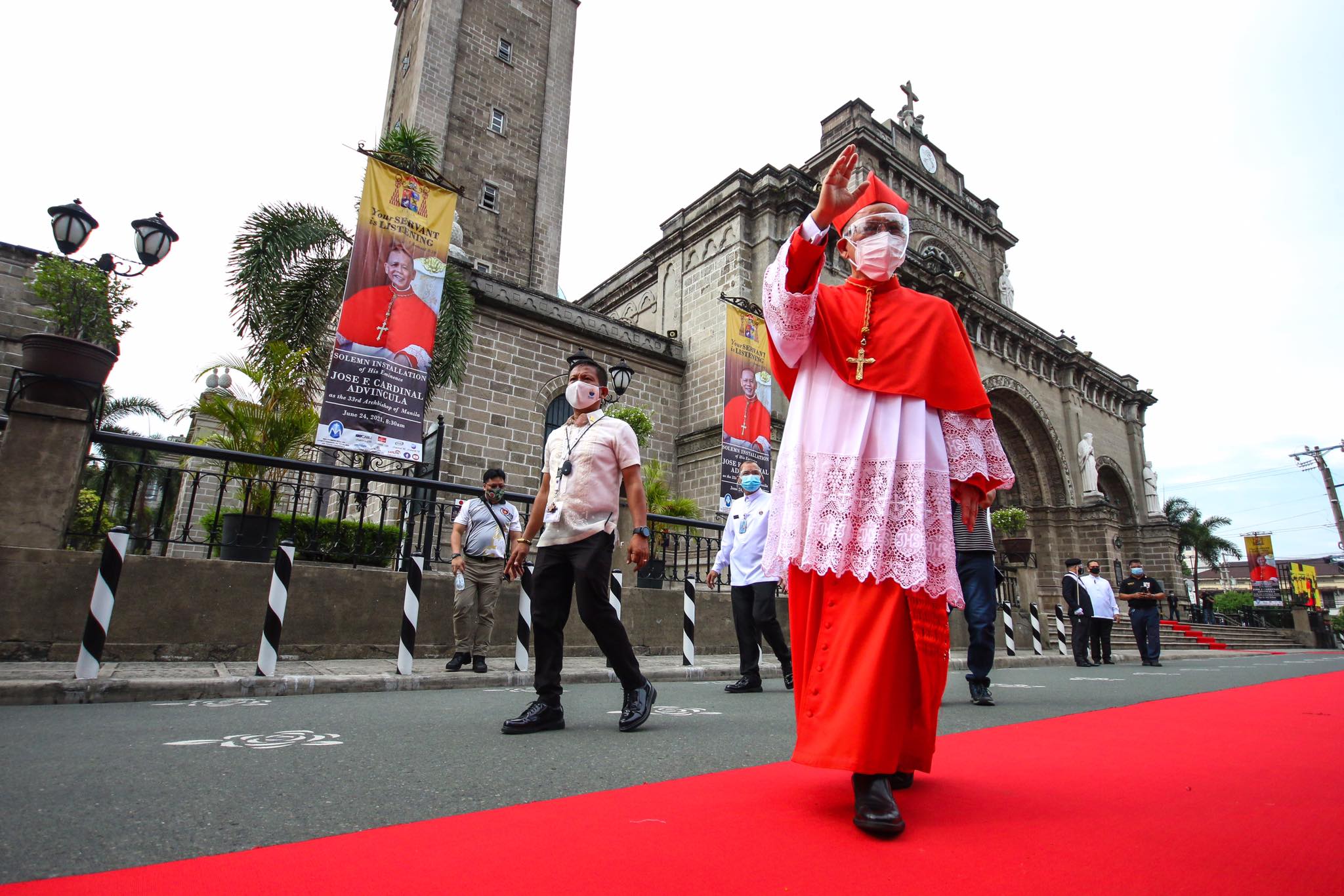 CHANCERY OF the Roman Catholic Archdiocese of Manila welcomes His Eminence Jose Fuerte Cardinal Advincula as the 33rd Archbishop of Manila on June 24, 2021, during the Solemnity of the Birth of St. John the Baptist.

The newly installed archbishop was welcomed by Manila City Mayor Isko Moreno and Intramuros Administration Head Atty. Guiller Asido at the historic Postigo gate. A civic ceremony was held at the Ayuntamiento (Former City of Hall of Manila) where he was welcomed by city mayors within the jurisdiction of the archdiocese.

Cardinal Advincula was accompanied by the city mayors, Knights of Columbus, the Order of Malta, and the Equestrian Order of Jerusalem during the procession.

The celebration of Cardinal Advincula's first Mass as Archbishop of Manila was held at the Manila Cathedral where he finally proceeded to the rite of reception and canonical installation.

Despite the limited situation brought by the pandemic, the celebration pushed through by following COVID-19 health protocols and restrictions, and live coverage was organized by TV Maria, Radyo Veritas 846, The Manila Cathedral, and different parish and church social media pages.

Advincula was ordained in 1976 and became the bishop of San Carlos in 2001 and archbishop of Capiz in 2011. Last March, Pope Francis appointed him to lead the Archdiocese of Manila post vacated by Luis Antonio Cardinal Tagle.