LOOKBACK: A glimpse of Letran’s Yellow Brick Road of Sports in 2020 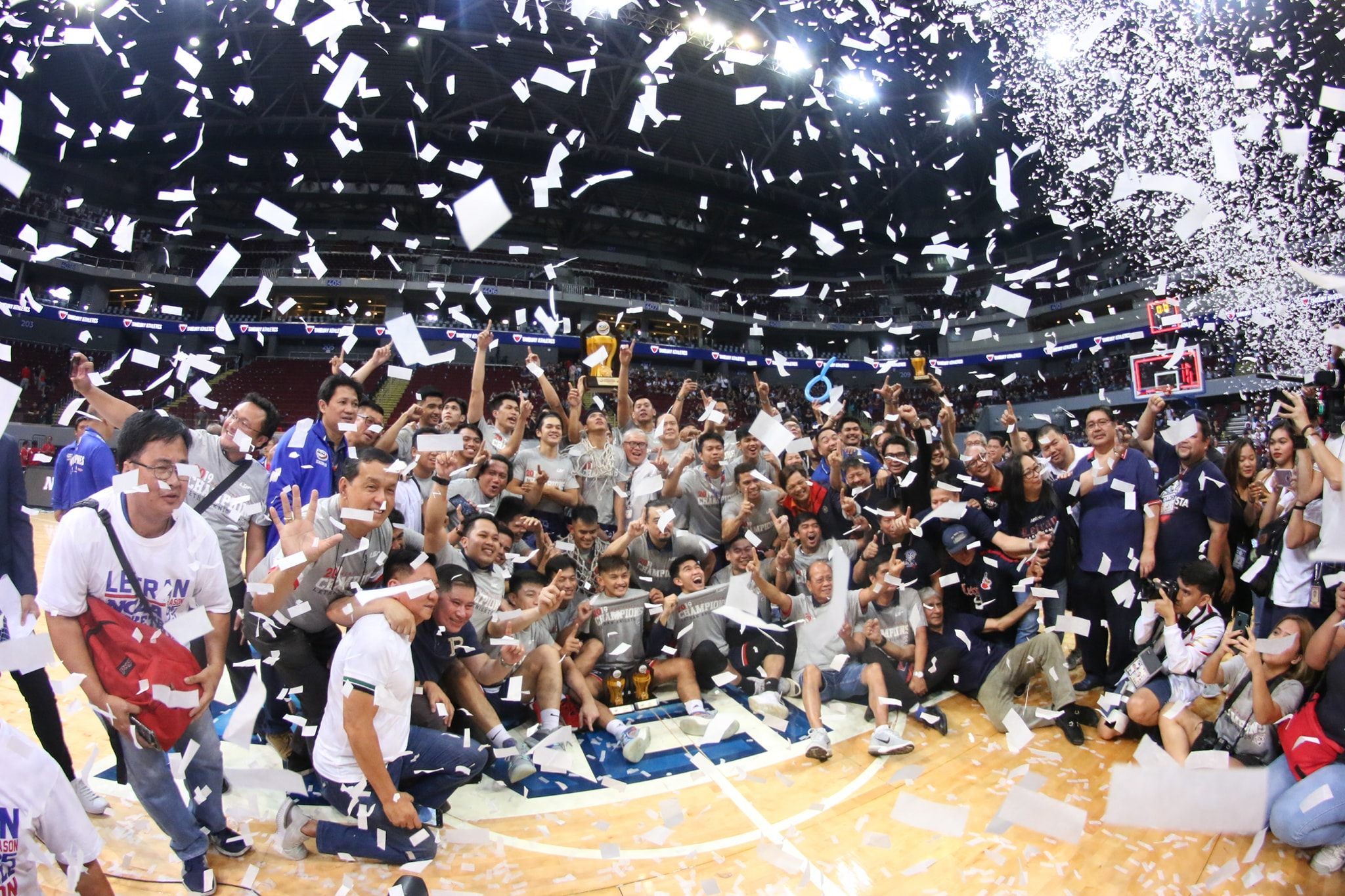 Even with the pandemic forcing a lot of stoppages and other uncertainties, there are still a few silver linings that can give us something to look forward to for the upcoming year. From suspensions and transferees to player movements and a new TV deal, 2020 has surely provided us with a few notable things to remember in a year many would want to forget.

NCAA season 95’s momentous suspension
On March 9, 2020, the National Collegiate Athletics Association (NCAA) ended Season 95 after the Enhanced Community Quarantine (ECQ) was actualized in Luzon. The indefinite suspension of all remaining athletic league events was announced by the NCAA management committee as the Department of Education stated its concerns on gatherings and out-of-school activities. Volleyball, football, and the annual cheerleading competition were some of the events cleared out among the other games that were suspended due to the COVID-19 pandemic.

The Colegio’s exhilaration was held back as everyone hoped to see the season come to its glorifying end after the Letran Knights achieved their victorious Basketball championship last November 2019.

The Comeback Kid, the Rookies, and the Tigers

The loss of Letran athletes’ scholarships
The Covid-19 Pandemic has brought devastation to the whole Letran Athletics community as the Colegio opted to trim down the events for the next season. Due to the said conditions, athletics expenditures were cut down as scholarship grants were only provided to 372 student-athletes.

Some of the most affected by the circumstances is the taekwondo and volleyball teams, which in spite of the dismay, cling to attain a hopeful redemption soon.

Letran big man Larry Muyang is set to join the upcoming 2021 PBA Rookie Draft, he confirmed last November. Muyang was still eligible for a year with the Knights but ultimately went with the decision to enter the pro leagues. The big man from Pampanga said that this decision was heavily impacted by the family.

Staying, on the other hand, is forward Jeo Ambohot and center Ato Ular. Both were also eligible for the draft but were keen on staying with Letran and defending their NCAA Titles.

The NCAA and GMA Network inked a new 5-year deal last December that would allow the said media giant to televise the games of the league through seasons 96 to 101. The upcoming season is set to push through sometime in 2021 with basketball, volleyball, track and field, and swimming as some of the approved events that would also be done in a bubble.

“The first athletic league in the country and Asia deserves to be in the number one network in the Philippines,” Fr. Victor Calvo said during the meeting between the two parties earlier this month.

Sporting events such as basketball, volleyball, swimming, and athletics reportedly would be shown on GMA News TV, while major events such as the NCAA Finals would be on GMA 7.