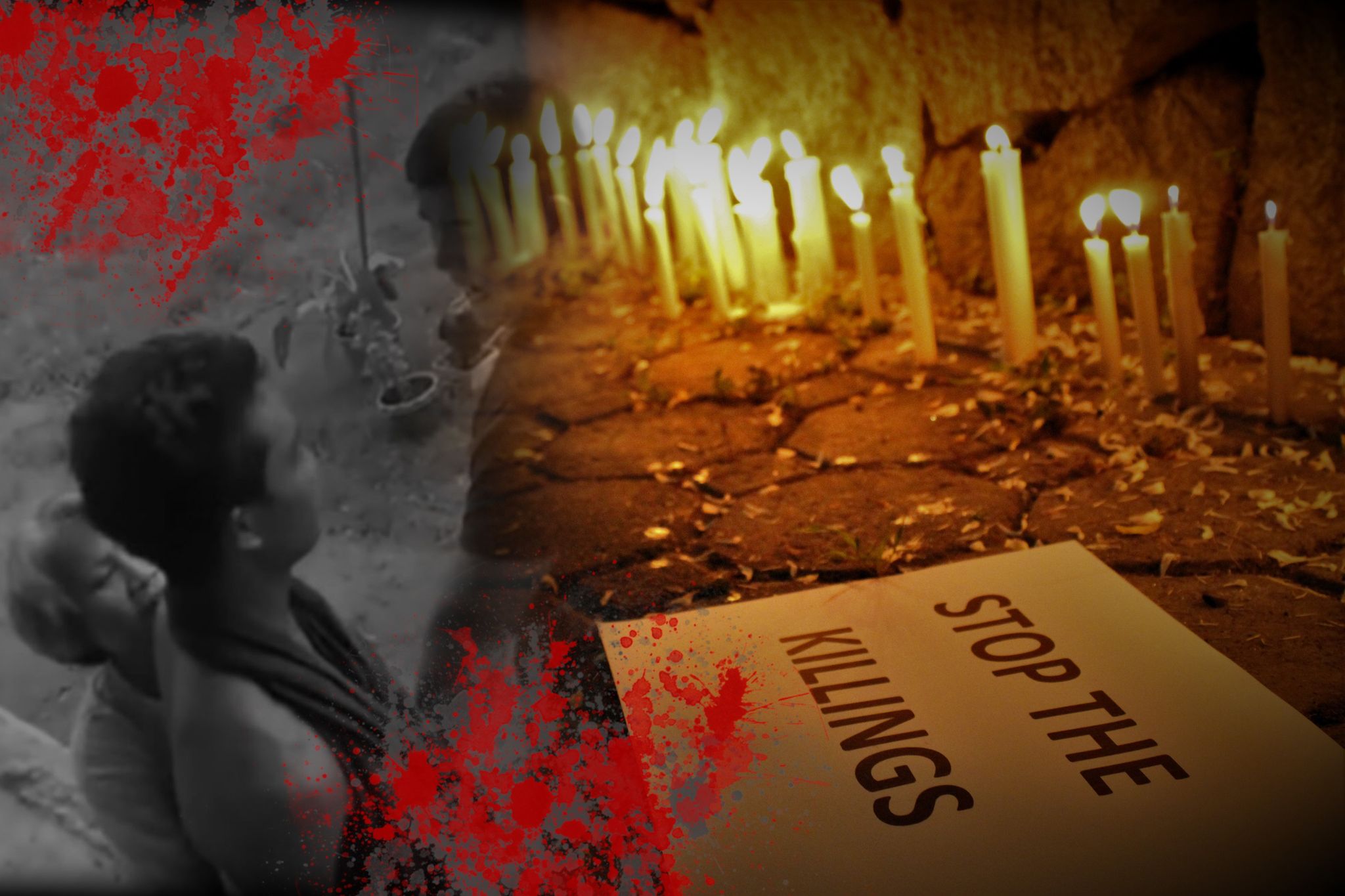 -“My father is a policeman!”

Then, without delay, Jonel Nuezca reached for his gun and casually killed the unarmed mother and son Sonya and Frank Gregorio, leaving their dead bodies on the ground, all for his young daughter and many other people to see. Nuezca, however, like the good policeman that he is, wanted to be thorough so he shot the lifeless bodies once more each for good measure.

Instead of Christmas, the talk of the town is Nuezca, a police officer with a duty “to serve and protect”, who took the life of the Gregorios for firing “boga”. On top of this, the two even shared a bit of history as the two had a dispute over land.

As a writer, I give premium to context for it is through it that we are able to fully understand things but in this case, even without context, it would not have justified nor made any less wrong Nuezca’s disgusting disregard of the law. His inhumane act falls not in the gray area, not even in the categorical black or white, it’s all in the red like the Gregorios he killed.

It is of no surprise that the incident was met with condemnation, and rightly so. By virtue of the positions they hold, they are to be held to a higher standard than the ordinary citizen.

But theory is often far from reality; Nuezca has proven this; he and many others who were not caught on camera are symptoms of a much bigger problem—there is a rotten system that enables gross disrespect of human life.

This has been the case for a long time, so much so that every month, the name of someone killed by a public officer becomes the cry for justice. It needs to be said that it is absolutely necessary that we hold them accountable, lest we get any more senseless deaths. I mean, how many “#StopTheKillings” has it already been?

When will it be enough?

Will it ever be enough to satisfy a regime so hell-bent on “fixing” problems by shooting it?

And while the brutality of Nuezca is inexcusable, it is likewise inexcusable to take it out on his child. The things she said on the video are problematic, to say the least, but again, she is only a child; she doesn’t know any better. If anything, she is a victim of this whole ordeal as well.

As such, I can think of no logical reason for someone to dox Nuezca’s family just to specifically target the daughter, mock her, seek “accountability”, and then post it online for the world to see how the daughter holds a mindset that is different from an adult’s. Indeed, a surprising discovery. The daughter, who is unquestionably a minor, should be treated the same way her adult father is treated. Obviously, she has a grasp of the things she said and the implications thereof. It was most definitely not her upbringing nor the environment that she grew up in that led her to saying those things.

At the end of the day, Sonya and Frank are two deaths in the mountain of bodies that this administration has built. Unless we continue to demand for what is due and what is right, the Gregorios will not be the last. Like always, we find ourselves at a crossroads: Do we remain apathetic and hope for the best or do we take a firm stand and continue to fight the good fight? Unsurprisingly, the choice we make isn’t just for ourselves.