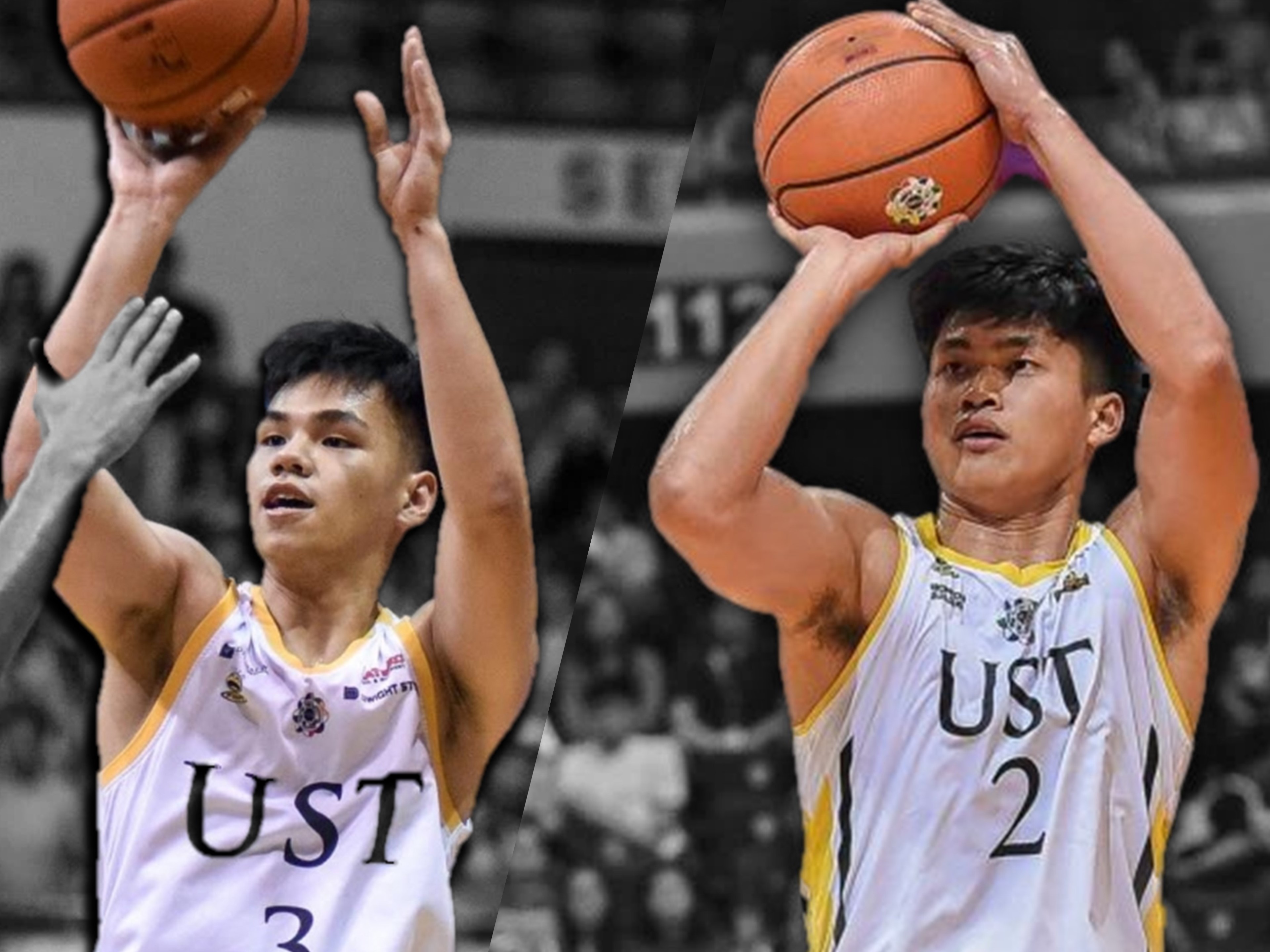 From España to Muralla.

News broke this afternoon when Tiebreaker Times reported the transfer. Brent Paraiso and Ira Bataller are the latest Growling Tigers who are to find new institutions as they leave the University of Santo Tomas. The move was prompted by former Letran head coach, Aldin Ayo.

The two are set to join the defending NCAA Season 95 champions, Colegio de San Juan de Letran, and will serve 1-year residency before eventually playing for the Knights.

"May kaunting documents na lang na kailangan ma-submit," said one of the sources to TBT. However, Letran officials have yet to give an official statement.

Paraiso, who averaged 7.2 points, 1.4 assists, and 4 rebounds, still has 2 playing years, while Bataller with 1.88 points, 1.12 assists, and 2.88 rebounds in 14 starts, has 4. Both are expected to give the Knights two quality actions that will help in their campaigns for the coming years.

With Letran aiming high in their title defense, they have successfully acquired brand new Knights to join the arena: Joseph Brutas from Diliman College Dragons, Kenny Rogers Rocacurva from Cebu Institute of Technology, and center Jay Pangalanan from College of St. Benilde.