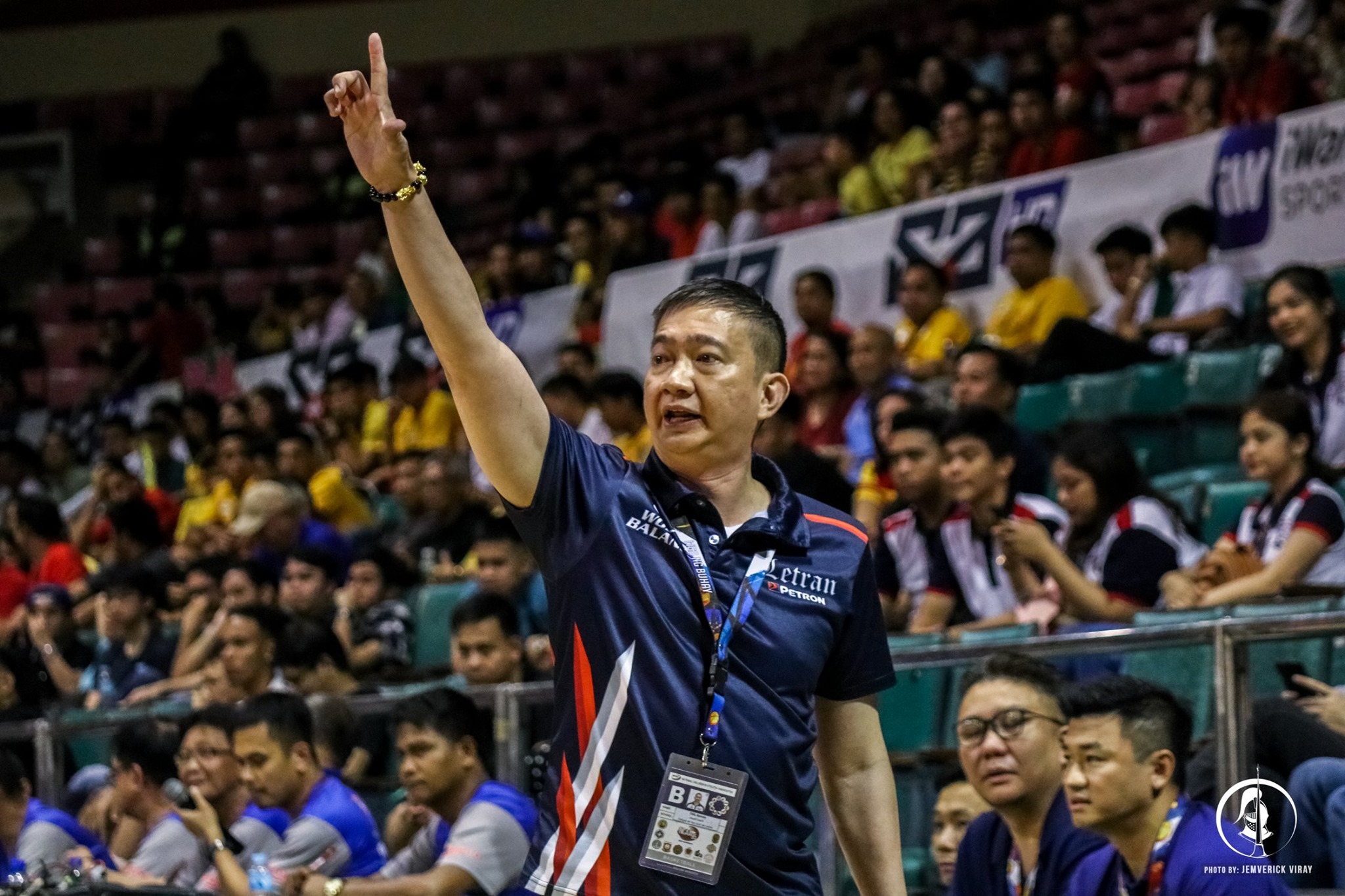 Even before the enhanced community quarantine was implemented, Letran head coach Bonnie Tan had been implementing strict protocols during the Knights' practices.

From wearing facemasks and always keeping their hands clean to practicing social distancing, the Knights were already given a rundown on how to avoid the coronavirus (COVID-19) by their mentor.

"During those times, na-educate ko na yung players sa safety measures para maiwasan yung pagkalat ng virus. We provided facemasks to soaps to alcohol through Alcoplus. Every player always had alcohol and facemasks with them. Pero during practices nun, we practices no touching na -- including no huddles na and magkalayo kami during prayers."

Despite bracing for the worst, Tan can't help but feel for his players.

One of the first canceled events for the team was a trip to Tokyo, Japan back in February. This was the team's reward for winning the NCAA Season 95 Seniors Basketball Tournament last November.

Instead of heading to Japan, the Knights went on to join the 2019 Philippine Collegiate Champions League.

Letran though suffered blowout after blowout in the PCCL. It began with a 65-95 loss to University of Santo Tomas followed by a 53-76 whipping courtesy of San Beda. To cap its campaign, Letran fell to Ateneo, 61-79.

Then came the PBA D-League.

Back in March 2, Letran, backed by Wangs Basketball, was dealt a 90-102 defeat by De La Salle University.

For Tan, the results of those games no longer matter. What's important now was how he can bring the Knights home before March 20.

The veteran tactician lamented that the month of March was supposed to be the time that will see the Knights hit their game-form.

Now, Tan can only check on the Knights through the team's group chat.

Both King Caralipio and Mark Sangalang are currently working on their respective shoulder injuries while the rest of the Knights are doing personal workouts at their home.

But once the quarantine has been lifted, Tan knows that there will be a lot of work to be done.

There is still four months before Season 96 opens its curtains. Tan though hopes that the league gives them and the other teams ample time to prepare for the tournament.