Know my story: Sucess behind barong-barong 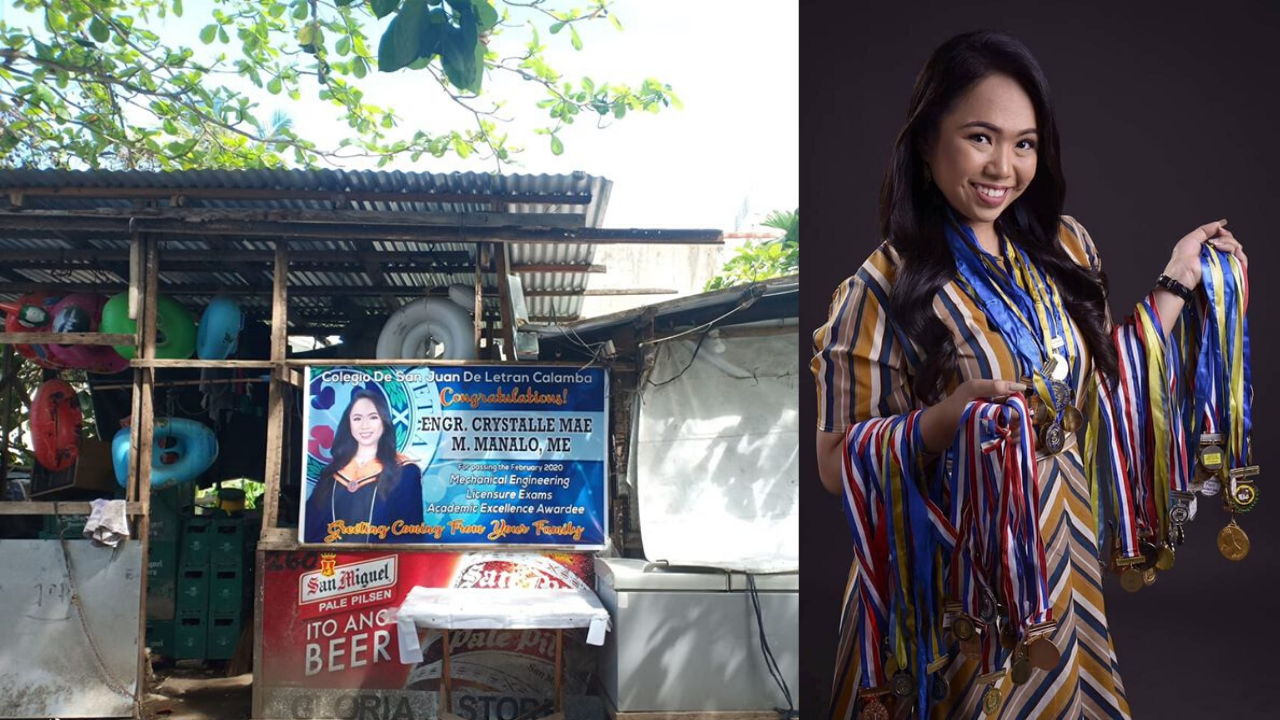 Education is something that is often taken for granted. While many students are fortunate enough to have money and enroll in private schools, it is a privilege for some.

This is the story of new board passer Crystalle Mae Manalo who graduated BS Mechanical Engineering in Letran Calamba.

Despite her lack of financial support, Manalo managed to become a dean’s lister during her college days.

She is also a proud ‘tindera’ which she says helped her in paying other school requirements.

Soon, all her hard work paid off.

In the post, she shared that her grandmother asked if it’s okay to post a tarpaulin outside their patched up ‘barong-barong’, congratulating her for passing the board exam.

She also thanked her grandmother for all the support. According to Manalo, her Lola Gloria took care of her since she was in high school.

Many were inspired by Manalo’s post especially because she wasn’t ashamed of their living condition, earning thousands of likes and shares from netizens.

May Manalo’s story continue to inspire students to keep chasing their dream despite their hardships in life.