The kids from yesterday 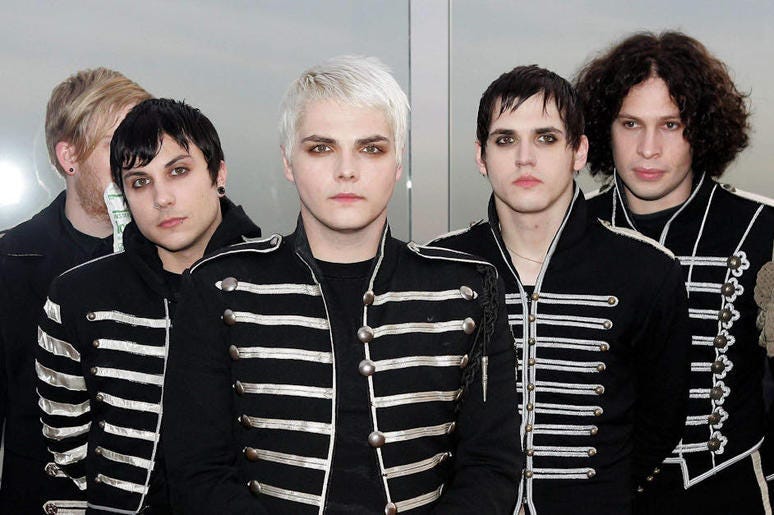 Photo from the Internet.

Jet-black hair with side fringe, skinny jeans, band t-shirts, studded belts, and skull accessories. Who would’ve forgotten one of the most significant phases where probably most millennials have gone through in the past decade? This subculture is certainly influenced by the bands whose music falls under the category “emo” or “emotional-hardcore” and one of the most notable emo-punk bands of all time — whose break-up broke the hearts of many — My Chemical Romance, referred to by die-hard fans as My Chem.

Their general style of emotional expression through confessional lyrics helped them rose to fame in the early 2000s, thus, My Chem has been the catalyst of the musical movement. However, last March 2013, My Chemical Romance officially announced their split in a statement on their website, which according to their frontman Gerard Way was “nobody’s fault.” The fans of the beloved rock stars were heartbroken yet, their love and support did not falter.

Because of their unwavering support, just recently, whilst everybody’s busy trick-or-treating, MCR posted on their Instagram page: “Like Phantoms Forever… Tickets on sale Friday 11/1/19 at 12:00 PM Pacific” which garnered mass hysteria. This marks their first show after a six-year hiatus.

Eleven days before the year ends, Welcome to the Black Parade rock stars graced the stage of Shrine Expo Hall in Los Angeles with their cathartic return. In front of more than 6,000 fans, The Shrine was filled with tears, screams, singing, and more tears — anything but silence. Despite all the atrocities, one band brought all these people from different races, with different beliefs, together; And for an hour and a half, everything seemed right in the world.

A crowd where everyone not just knew every word to every song, but even roared back big guitar solos, because how could anyone not fall immediately head over heels with a lyric as great as: “Sing it out for the ones that’ll hate your guts”? That was no understatement. And after 6 years of anticipation, MCR doesn’t want the energy to dissipate.

My Chemical Romance did not just reunite for a show. They reunited to bring everyone back to life with the way they make people feel, the art they’ve created, the music they’ve shared with the world, and the stories fans will surely tell for a lifetime. With their grand comeback, undoubtedly, fans will love them like they did yesterday.