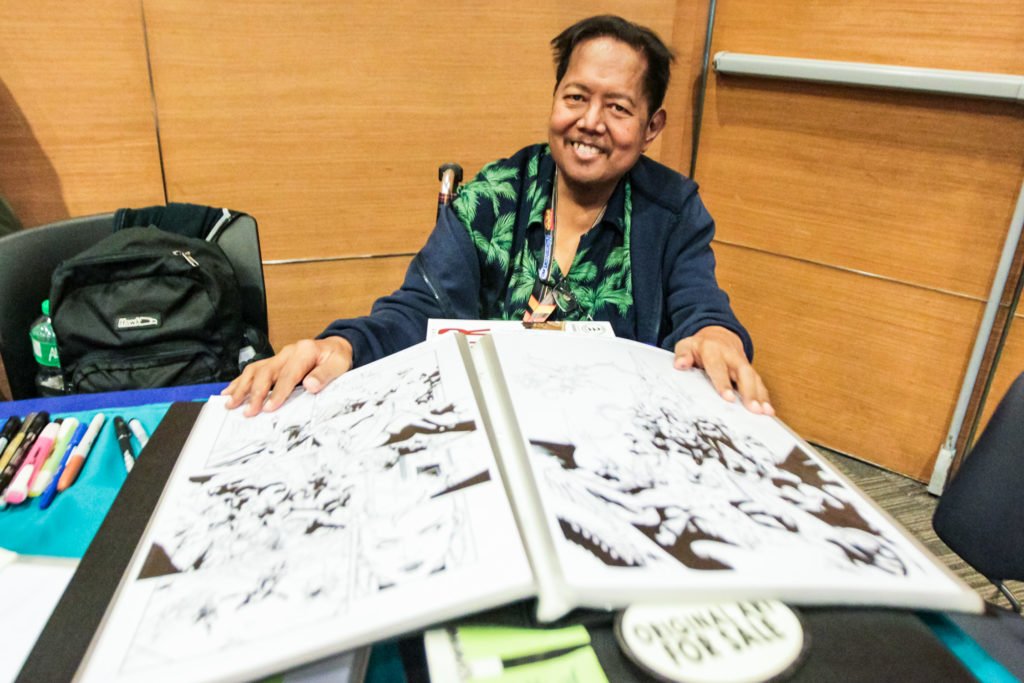 LEGEND. Gerry Alanguilan an independent comic book creator and an inker for DC and Marvel Comics. Photo from the Internet.

Comic creator Gerry Alanguilan passed away last December but will forever live in our hearts.

The recent generation may have seen his face from the viral meme "Hey, Baby." His infectious and almost cunning smile is floating around on YouTube making people smile.

What most kids don't know is that Gerry, despite being only a face to a few, has already made a name for himself in the comic book world who helped bring life to the X-Men, the Hulk, the Avengers and beyond.

Reminiscing fans, friends, and family came to social media to share their stories of Gerry, much like the way Komikero, a name he is fondly called by, created lasting stories through comics. C.B. Cebulski, the current editor-in-chief for Marvel said it best,  “Another wonderful person taken from us too soon. An amazingly talented writer and inker, mentor to younger artists, and advocate for global comics, the comics world and, Filipino art community lost a friend and hero today."

Despite all the awards and recognition that he has garnered over the years, he never forgot his Filipino roots. This becomes apparent through the Komikero Komiks Museum, a museum in San Pablo that he founded for the purpose of “promoting and preserving the artwork created by the many great Filipino comics illustrators of our past."

To think that someone who was seen as simply a meme has worked with both DC Comics and Marvel is indubitably amazing in itself. But perhaps even more amazing is the fact that Gerry was one of the champions responsible for what is called the "renaissance" of comics during the late ‘90s to the early ‘00s, a time where the medium was in decline locally. Along with many others, Gerry's efforts made comics and the idea of it what it is today–a respected and recognized form of art and expression.

You ask yourself, “Why do the good die young?” and find no definite answer but realize that his legacy will remain through his comics. Some of his most famous and loved works are Wasted, Humanis Rex!, and Elmer. Yep, they are indeed worth checking out. Gerry never really left, just on hiatus.