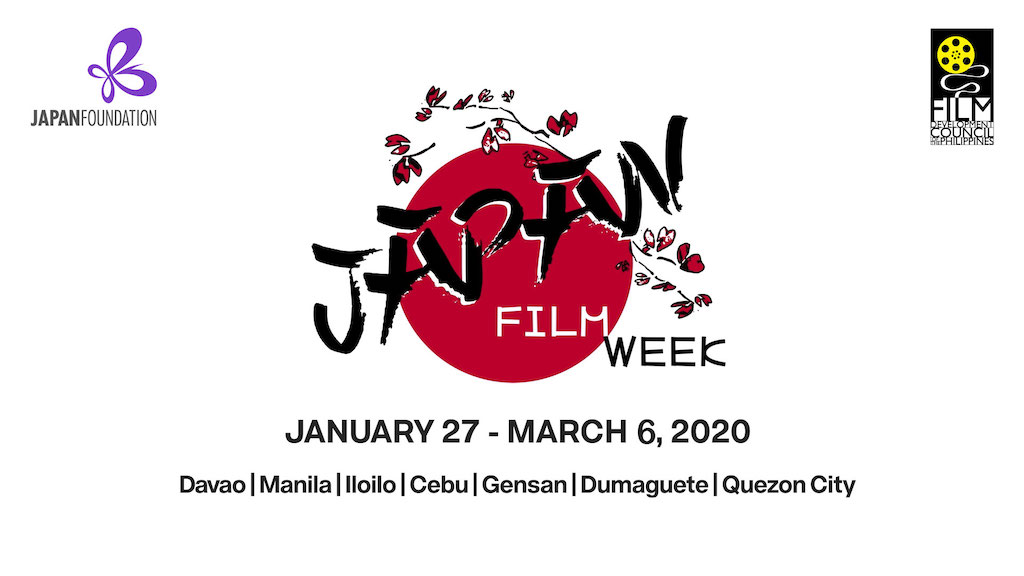 The long days of February have come to an end, but just before it closed its curtains, the Film Development Council of the Philippines (FDCP) and Japan Foundation gave the people of Manila the gift of FREE Japanese films.

Fans were delighted with the news of the two organizations partnering for Japan Film Week 2020, which featured seven Japanese films nationwide from January up to March. The partnership and the subsequent film week screenings go back to 2018.

The films were screened through FDCP's Cinematheque Centres nationwide. It kicked off the Film Week two months ago at Cinematheque Davao. Unfortunately, the Manila branch was scheduled only for February 26 to 29. You'd have to go to the Iloilo branch for the next screenings.

Was there any better way to spend the last days of February than with some of the most critically acclaimed, beautifully made, and visually moving works of art in all of its glorious HD and subtitled goodness? Some of the included films are Makoto Shinkai’s 'Weathering With You', Mari Okada’s 'Maquia: When the Promised Flower Blooms', and Keita Meguro’s 'The Tears of Malumpati', which interestingly is a story set in the Panay island of the Philippines.

Aside from the general pleasure of watching the films, Japan Film Week was an opportunity for Filipinos to get to know the Japanese culture even more, for it is as much a cultural experience as it is a viewing experience.

Even beyond that, the ideas, thoughts, and emotions translated into millions of pixels for the viewer to consume represent a "bridge" that connects Filipinos with the Japanese, or with any nationality for that matter, for these works of art anchor themselves on one relatable thing that is exclusive to none. What that thing is will be understood differently by each person but know that there's a little something for everybody in these moving images.