Are you a music elitist? 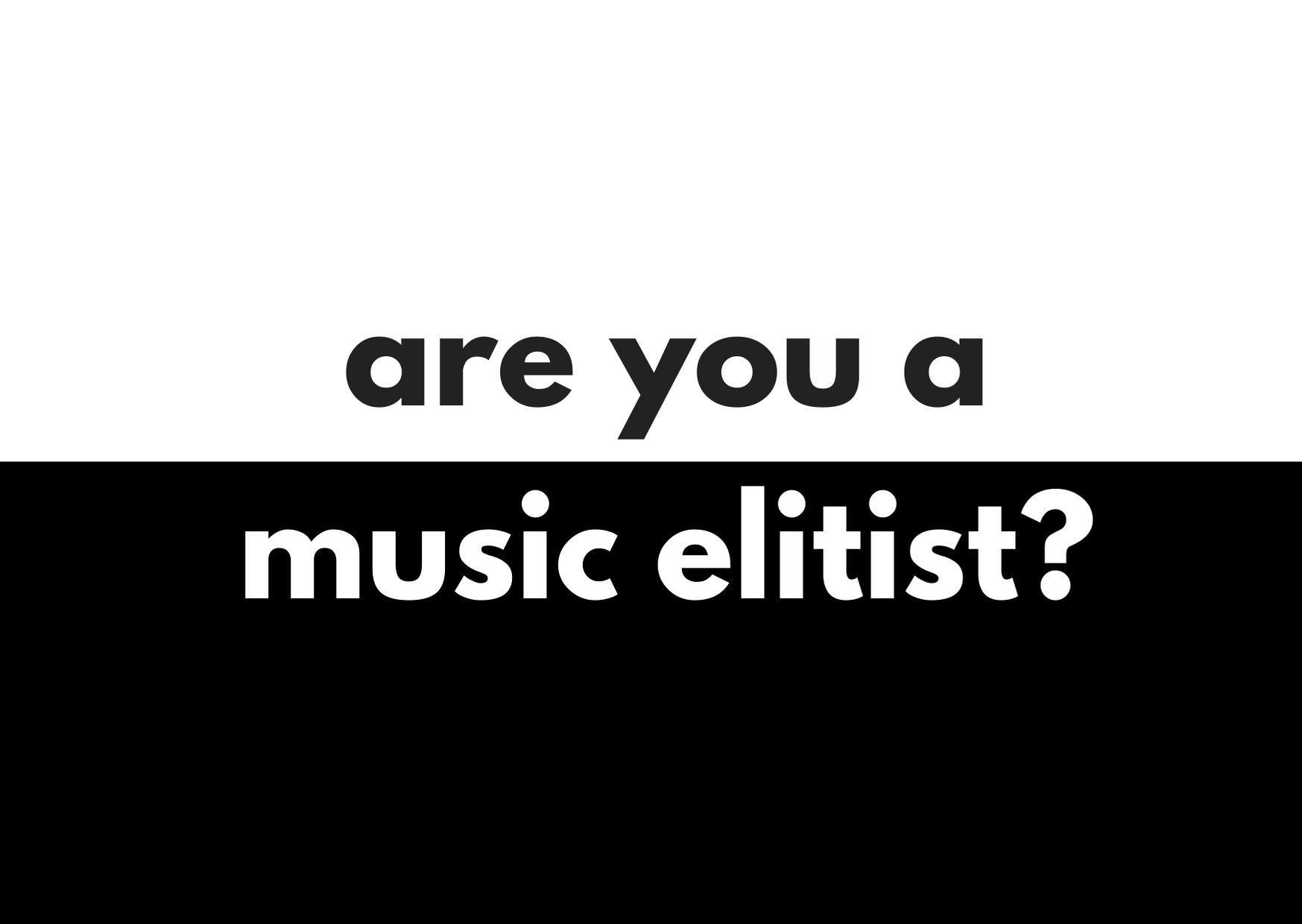 One thing to be thankful for with regards to the Internet is how easily accessible music has become. Through the Internet, fans are able to listen to their favorite artist's new single as soon as it gets released. Through social media, they are given the means to voice out their thoughts and opinions about it and share it with the world but this means that others can give their own too.

Of course, not everyone will share the same sentiments that another individual stands by. Elitism is a growing phenomenon in music and it ties nicely with the Internet. It is by no means a new and only-emerging concept.  Thanks to the nature of the Internet, a music enthusiast is now able to observe this elitism for himself. Elitism in music comes in the form of some people bearing the idea, or at least imply, that their music tastes are better because they listen to certain singers, certain bands, and certain groups that others do not listen to so, therefore, making them "superior" in that aspect. Keep in mind that this occurrence is present in one way or another across all genres of music, from the most obscure acid jazz album of Bajka to the ubiquitous and freshest pop song of Taylor Swift. Be it on a Facebook post or a video on YouTube, there is a good chance that one will find these types of comments quickly.

There are few, for example, who listen to indie or a more underground type of music. A clear example of this is Black MIDI. Black MIDI is a genre of music that often times, utilizes a million notes, with some even reaching a trillion notes and in just one song. Some even claim that their personal computers crashed due to the sheer magnitude of the songs in terms of their size as a file (with some reaching up to a terabyte) and in the number of elements present in the song itself. Another one is the Lowercase genre which makes use of sound and noise usually too silent to be even picked up by human hearing and then amplifies it to a level that can actually be heard. Yes, this type of music exists. Not everyone has heard of these two examples but there are those who actually have and some feel that they are "above" people who listen to anything outside of what they themselves listen to and will manifest this through the negative comments they leave.

Elitism in music may also be perpetrated by adults. These elitist views are often found on YouTube videos of music from their respective times where some claim "This is real music and x is trash" with x referring to any contemporary artist. Look at the comments section of any Jimi Hendrix video and one may find elitist comments with enough digging. Jimi Hendrix is one of the pioneers of popularizing the electric guitar and regarded by many as the "greatest guitar player" even after his death 49 years later, turning 50 this coming September. The Rock and Roll Hall of Fame states "Jimi Hendrix was arguably the greatest instrumentalist in the history of rock music". Classic rock fans uphold this opinion and elitists express this in a way that looks down on artists of today, usually those aligned with pop. Although the fans, possibly from respective and different eras and time, argue and defend entirely different music, the beliefs they maintain are fundamentally the same. The power of music is indeed timeless and transcending. However, too strong of love, of devotion, of passion, or whatever one may call it, can cause a divide and this divide may give life to elitism. Liking a certain type of music is one thing. Shaming others for not sharing one's views and/or listening to types of music that may not sit well with one's preferences is another thing completely.

One of the beauties of being human is that by nature, each person is individually unique from another and because of which, taste in everything varies and differs as well, of which our preferences in music are included. Many songs from back then are certainly great and had it not been for those tunes, artists would not have basis or inspiration for the equally remarkable music produced today. What music elitism does is limit the chance to appreciate old, new, and different musical poetry altogether. Aside from the negativity it breeds, it minimizes one's likelihood of receiving the whole experience of listening to music from across the entire spectrum.

Everyone has a reason as to why they listen to music. Some listen because it is a form of distraction; some do so for the emotional impact it provides them with, while some like it because they simply enjoy listening to it. Whatever the reason may be, it will mean different things for each individual.

The practice or concept of being a music elitist inadvertently keeps one from potentially experiencing enjoyment from a relatively "new" song and likewise from what could have been a newfound connection with others fond of the same genre of music. It is not required to like every genre, every style, and every artist, among others, in music. Simply accepting what enters the ever-growing myriad of music can already open up wondrous and new musical worlds.