Only real fans will get this 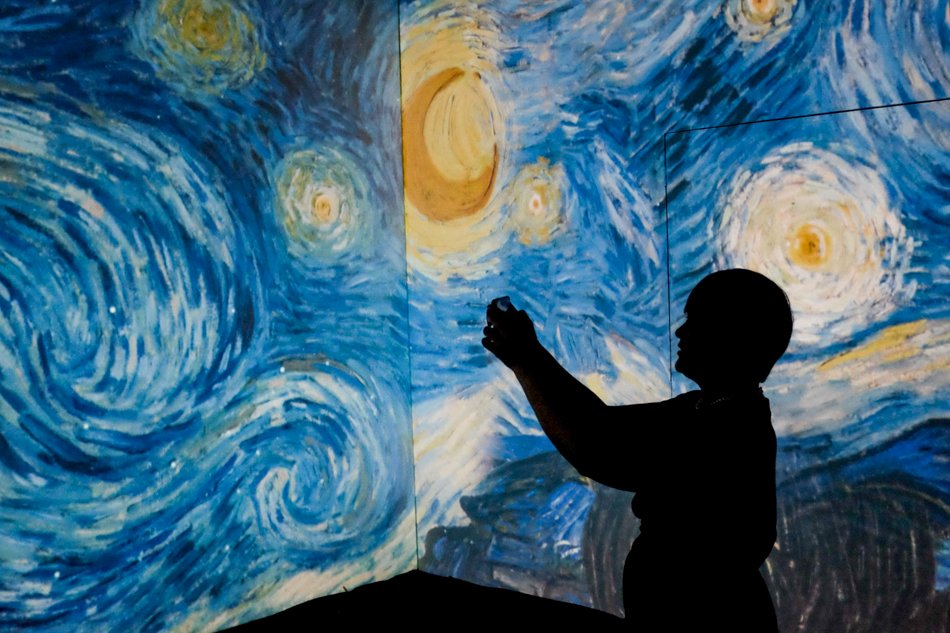 “Starry, starry night, paint your palette blue and grey…” sings Don McLean in the opening line of his ’72 hit, “Vincent”.

You’ve seen it before—the unmistakable strokes of blue and yellow swirls, the quiet dancing of colors in the sky, the simple beauty that is Vincent Van Gogh’s “The Starry Night”.

The popular Dutch post-impressionist painter has been making headlines again as “Van Gogh Alive” comes to Manila. “Van Gogh Alive” is a multi-sensory art exhibit that will feature “The Starry Night” and many of his other works in a new, different, and interactive way.

But equally gaining traction in the face of the exhibit is the topic of “gatekeeping”.

Gatekeeping is popularly defined as “the activity of controlling, and usually limiting, general access to something.”

And in the context of “Van Gogh Alive”, it came in the form of comments made by a local artist that had the online community riled up.

“Van Gogh became super mainstream na kasi but most people don’t know his work as a whole” is elitism in plain sight; mainstream does not equate to being “bad”.

The contention that art can only be appreciated by those who “know his work as a whole” or only by a select few with extensive knowledge for it runs in contrast to the more popular expression which holds that “art is for everyone.” Appreciating something requires no technical background.

It completely disregards the fact that everything, including art, is received differently by each and every human being; Van Gogh’s “Café Terrace at Night” could very well be the most beautiful painting for the average admirer but could also be “just another painting” for the most seasoned enthusiast.

“But Van Gogh’s work on digital screens? I’d prefer going to a museum,” says the original poster, but the point of the “Van Gogh Alive” exhibit is to make Van Gogh’s work accessible so that you don’t have to go spend extortionate amounts in traveling abroad to see the actual thing. Suffice it is to say that not everyone can just readily go to the other side of the world.

Although to her defense, she did have a valid point. Her statement that conforms to the idea of picture-taking for ‘content’ that doesn’t give respect to the artist, furthering there’s a reason why most museums don’t allow photography in the first place, rings some truth to it.

Are you really “appreciating” if the only reason you’re posting it on Instagram is to let everyone know that you went there?

It does not mean that you are not allowed to post on social media. It simply means that there has to be a balance between going to the exhibit for its intended purpose and going to the exhibit to take pictures and show everyone as a “bragging rights”. Go take that selfie for IG while still appreciating Van Gogh’s work for what it is.

In an apology, the original poster said, “Art is for everyone”, and indeed it is. To gate-keep Van Gogh would be to gate-keep all art.  Better to let people enjoy things in their own manner than to control them on how they should.

Not everyone will have the same capacity to understand the technicalities of it, so of course, everyone will have different perceptions and interpretations of art, or of anything for that matter.  As has been said, appreciating requires no technical background. However, proper knowledge in the arts will bring about a better understanding of it and consequently better appreciation.

Rather than to gate-keep, teach in a way that does not impose, educate in a manner that simply shares.