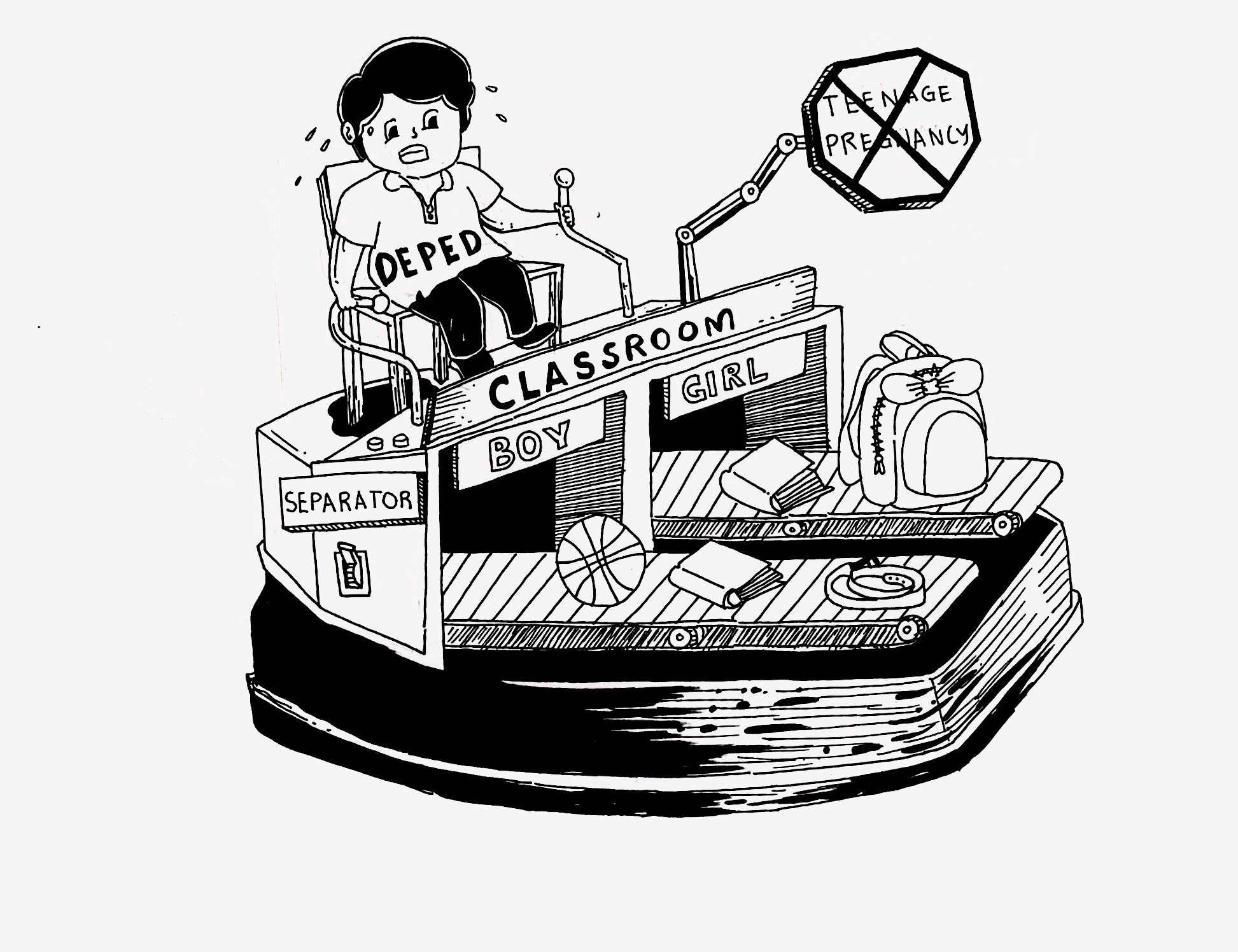 The National Youth Commission proposed to separate male and female students in grades 7 to 12 to curb teenage pregnancy.

“They wouldn't be assigned together for projects, there wouldn't need to be a reason to stay over,” said chairperson Ryan Enriquez.

Under his proposed set-up, students can still interact with the opposite sex around campus, but won’t be assigned to the same classes.

According to the Population Commission (PopCom), 24 babies are born to teenage mothers every hour and almost 200,000 Filipino teens get pregnant annually, most of them from ages 15 to 19.

While we appreciate his idea to help suppress the growing rate of teenage pregnancy, gender segregation is only a temporary solution to a permanent problem.

Having separate classes will only double the need for facilities when in reality, we already lack the number of classrooms available especially in public sectors.

In Quezon City, for instance, teachers had to split classrooms in half forcing the same number of students into a smaller space due to lack of available classrooms at the Bagong Silangan High School.

Instead of building walls, it is better to teach students about comprehensive sex education to give them further knowledge regarding their reproductive health.

Lack of knowledge can lead to consequences, and it is important for students to know these consequences at a young age.