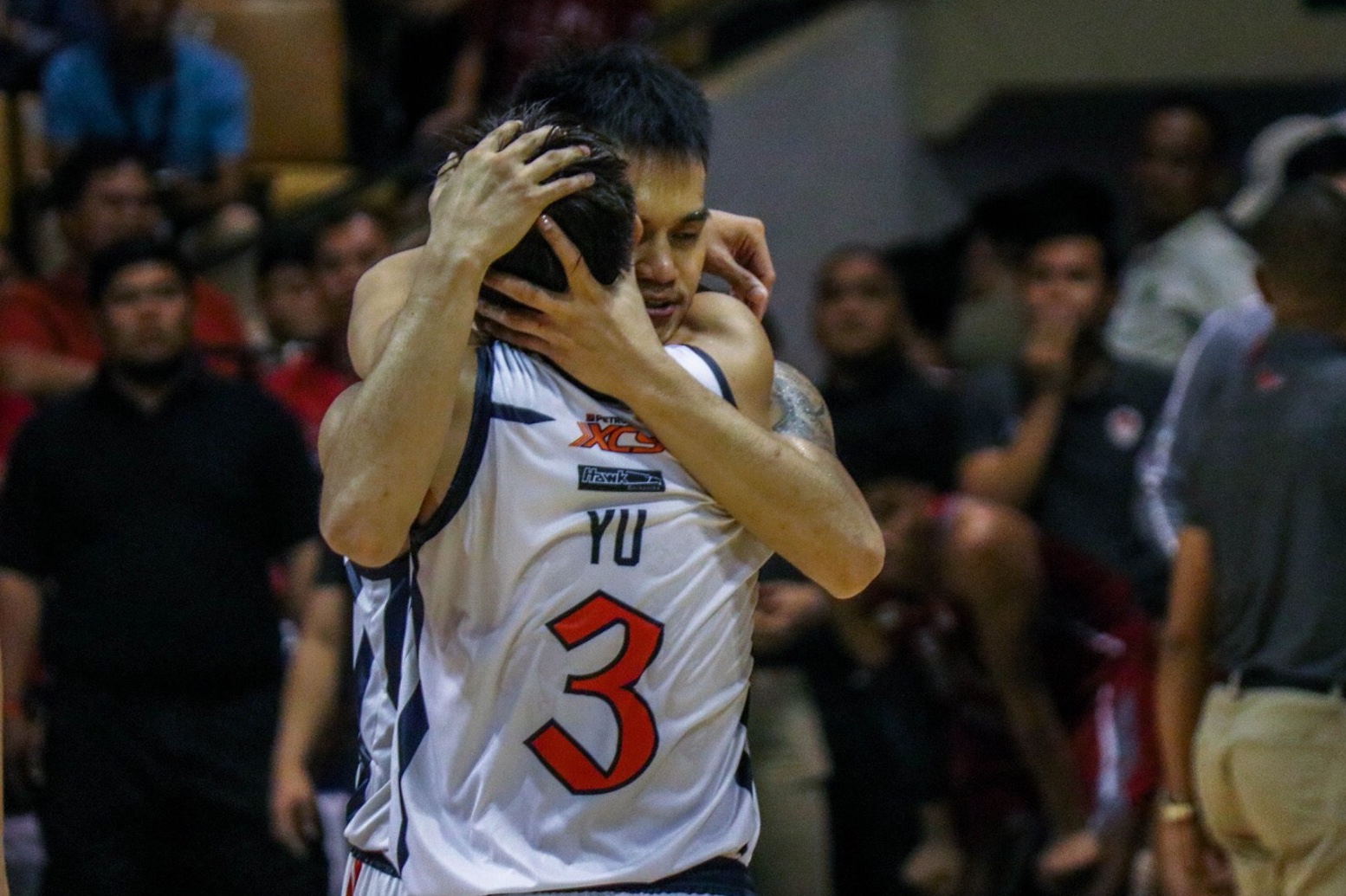 Fran Yu and Bonbon Batillier shared a tight hug as the Knights claim their 18th title.

After long four years, the stars finally got their redemption.

Back in 2015, Batiller was recruited by the University of the East after a standout campaign with Holy Trinity College during the Filoil Flying V Preseason Cup back.

The Red Warriors then paired him up with Fran Yu, who was the ace of the Chiang Kai Shek.

However, the two failed to lead UE to the Final Four.

But Napa knew that Batiller needed a running mate and asked him to call Yu as well, who was then playing in Thailand.

While the two found a second chance to prove their worth, the NCAA Season 94 tournament only brought heartbreak to the two.

When JP Calvo suffered a high ankle sprain on his left foot after an accidental collision with Mike Nzeusseu during the Final Four berth against Lyceum, the two failed to defend Letran resulting in their elimination.

In the end, the two never forgot the person who got them there, thanking Napa for giving them a second chance.

Redemption eventually came to the two as the knights dethroned San Beda spoiling the Red Lions’ dream for a perfect season and crashing their four-peat bid to an 81-79 Game Three win.

Batillier couldn’t be more thankful to the guy who believed in him when no one else did.