The peace that started with a paper crane 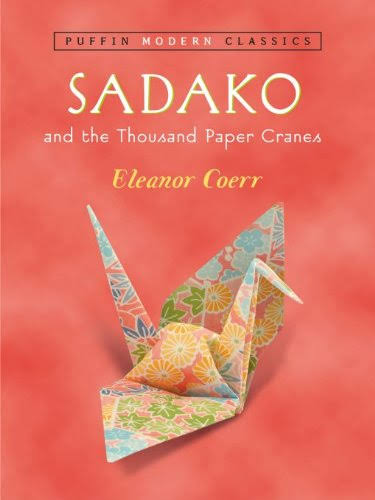 “How can that paper bird make me well?”

A book entitled ‘Sadako and the Thousand Paper Cranes by Eleanor Coerr commemorates a lifelong past that is based on a true story of a little girl who lived in Hiroshima, Japan during the Second World War.

“Do you remember that old story about the crane?” Chizuko asked.

“It’s supposed to live for a thousand years. If a sick person folds a thousand paper cranes, the gods will grant her wish and make her healthy again.” She handed the crane to Sadako.

Sadako, known in her family to be a runner, was chosen to be the representative of her class in the relay race. However, she started showing signs of atom bomb disease, also known as Leukemia. Losing all hope, a friend told her a Japanese myth, that if she folded a thousand paper cranes, she would be granted a wish.

The novel, in itself, is a short pleasant read and provides the readers a peek of the people’s lifestyle in Hiroshima a decade after the initial bombing in 1945. The characters have different personalities and aspirations, which made it close to the hearts of many. With Sadako’s thoughts in its rawest form, the readers can actually sense the protagonist’s disappointment as she was diagnosed with Leukemia and her anxiety towards surviving her illness. It is also a surprise of how mature an 11-year-old ponders in the progression of the story.

One of the book’s many prime attributes is its incorporated visuals, which are sketches—with no color nor well-defined lines—as if they were heavily inspired by Sadako’s daily life. The representation of Japanese culture was also highlighted, including their very own Peace Day and of course, the myth about the paper cranes. In some ways, the novel isn’t just written to inspire, at the same time, to educate its readers of the Japanese culture and traditions.

What the book exceedingly implies is that people should appreciate more of the peace that surrounds them ‘cause no one knows exactly when that would that end, like how Sadako thought it was just another normal day in school when the bombing took place in the latter. Coerr took advantage of Sadako’s firm grip on the myth and the strong essence of hope that kept her going to show readers that in either time of sorrow or victory, one should value and acknowledge everything that was given to them.

Sadako became an embodiment of inspiration; soon after the release of the book ‘Kokeshi’, which is a compilation of her letters and journal, a monument was built in Hiroshima Peace Park. She symbolizes what people fought for and keep fighting for up to this day: peace. Though in today’s time, multiple events may disrupt the prosperity, people are still coming together to restore it. The International Day of Peace and even Japan’s Peace Day are created as a call for us to reinstate that peace and harmony in our community, whether external or internal, whether it’s in forms of mass killings or personal struggles of inner peace, both are days to celebrate and to be reminded that peace is still attainable.