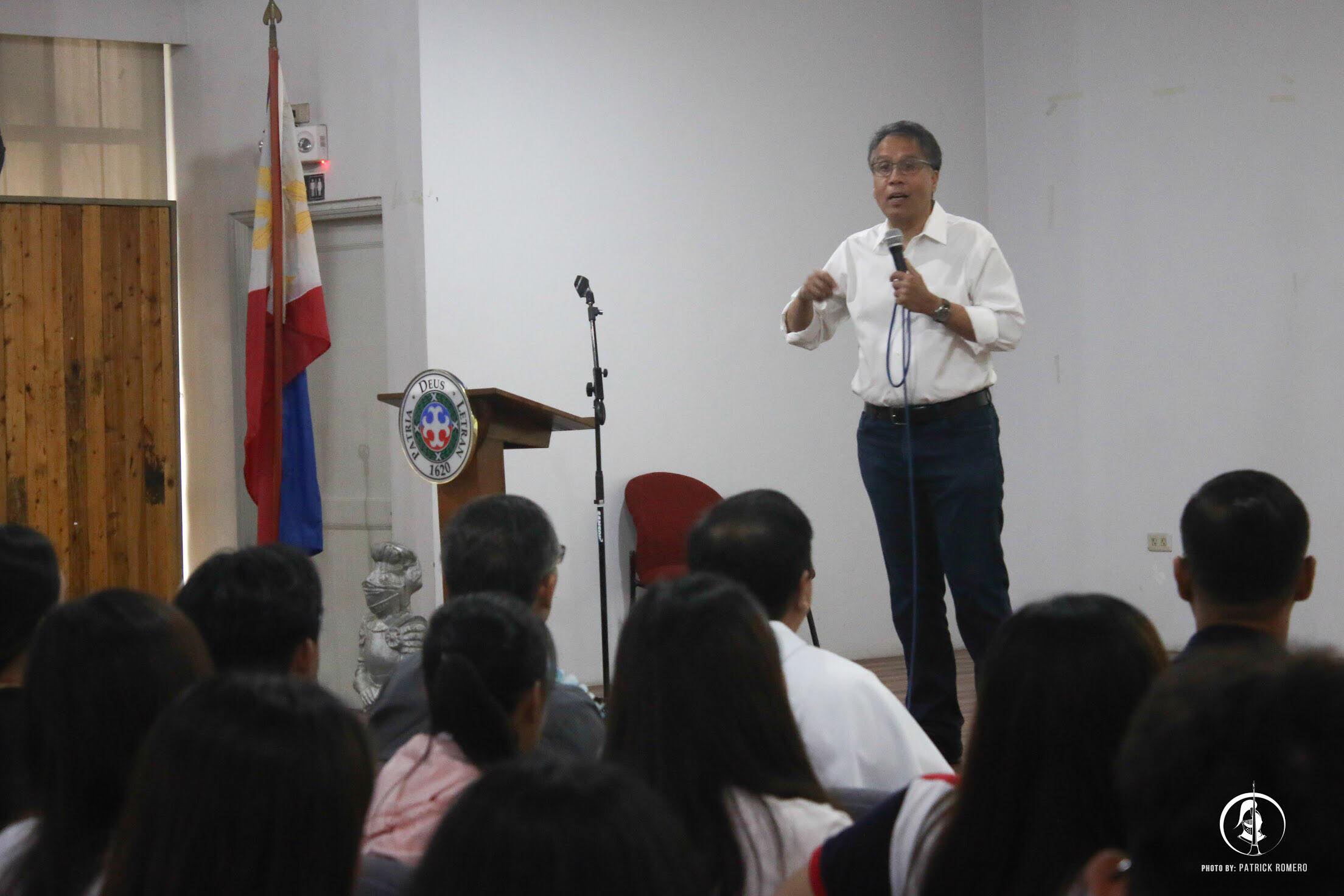 Roxas also pointed out that there is no monopoly on the intelligence of ideas, good efforts, and patriotism.

“There is a diversity of leadership. Mas nakatutulong at nakabubuti sa magandang kinabukasan ng ating mga kababayan,” he furthered.

Roxas explained during his talk the issue of a political dynasty that is well-existing in the Philippines which emerged ever since the country started building its political system.

Since then, families of different cities and towns all over the country have been holding the political powers from the first generations to present generations resulting in a political dynasty.

He also mentioned that some political families who are practicing dynasties only care about their interests and not truly committing to serving the country.

He also reminisced the Marcos regime where there was only one family who holds important services for the Filipino people, such as the only telecommunication company existing, Philippine Long Distance Telephone Company (PLDT).

The former senator also gave an example of imperialism in the Marcos era, which he claimed led the Philippines in the worst situation.

Meanwhile, as the political dynasty holds great power in the political system, Roxas explained what could the Filipinos get if the dynasty continues to exist in the system.

Roxas then expressed his insight that ending the political dynasty is one way for people to experience the kind of government they deserve.

He also encouraged students of the institution to be educated and informed with the issue in which they could decide accordingly to whom they consider as a political leader that focuses on serving the country.

Roxas then ended his speech by telling the Letranites that they have a powerful role to fight the political problem.

Aside from Roxas, Atty. Jose Manuel "Chel" Icasiano Diokno was also present in the said event.

“Hindi raw natin maaayos ‘yang problema. Hindi ako naniniwala riyan, I will tell you why. One simple is an amendment to a law,” Diokno claimed.

Diokno expounded that the political dynasty exists because the law such as term limits which can prevent dynasties are never considered in the legislator’s department.

He also discussed one way to prevent dynasties, is for people to have a national conscience, wherein he explained that by having this, the Filipinos will be able to know what is right or wrong for our country.

Moreover, emphasizing that it is very important to address the issue of a political dynasty, Diokno shared his hope that this problem will soon end with the help of the new breed of Filipinos.

“I believe the solution of political dynasties is in your hands. Every single one of you can change our country by registering and by voting for the rights of the people,” he called.

The two political personalities consider themselves as one with the mass towards ending the political dynasty in the country, closing their talk with great hope that fighting the problem should start with the mass society, especially the youth, who ought to hold the nation for the future generations.