Breaking the walls of freedom 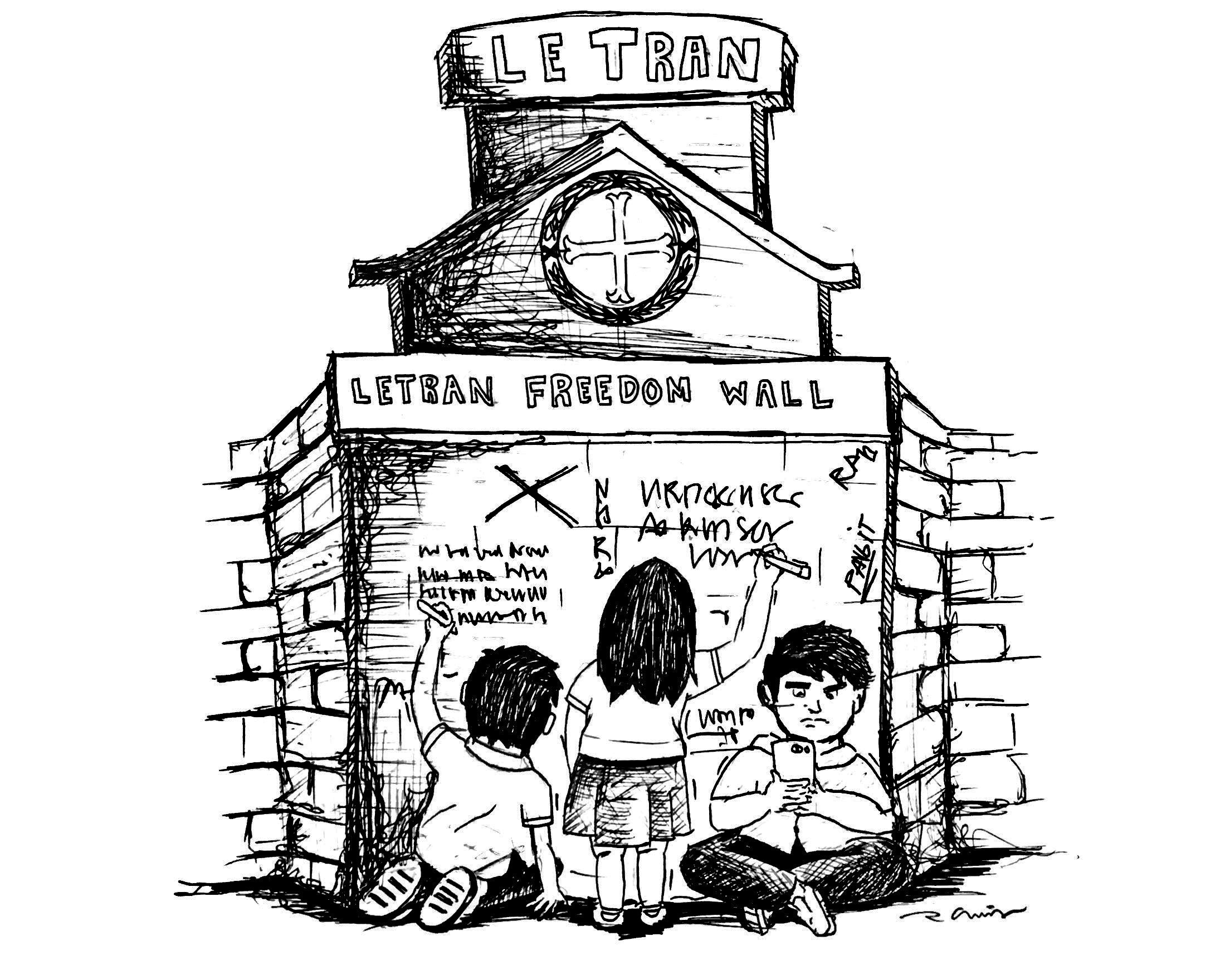 When is freedom too much?

Prior to the beginning of this school year, ‘Letran Freedom Wall’ was established by an anonymous user on Facebook. The page quickly became a good source of laugh and a venue for love confessions but as time goes by, students took the opportunity to vent out problems surrounding the Colegio as well. The page even went as far as publishing posts with professors and administrators’ names being called out publicly.

While the page has opened eyes on issues particularly on professors lacking, the idea of freedom slowly became ‘shallow’. Students lost control of their emotions and worse, they lost respect. Moreover, there is no way to know confirm if the posts are true or only false accusations. Since then, more allegations have come up with different names’ being discussed openly by former students in the comments section of each post.

Issues mentioned could have been resolved earlier if only the students had the courage to speak out and stand up instead of ranting online. While the online presence gave light to certain problems, no change has been made since then hence; the page only became a palliative to any real action.

On the other hand, this serves as a wakeup call to everyone, especially to our teachers, administrators, and student body representatives. Perhaps it is time to ask ourselves as to why the students felt the need to address certain issues online instead of going to our offices. Perhaps the administrators should start listening to the students’ concerns and address issues that are no longer stranger to the campus. Furthermore, we encourage the student council to be the students’ sandigan as promised during their campaign rather than seemingly becoming ‘party organizers’ of the Colegio.