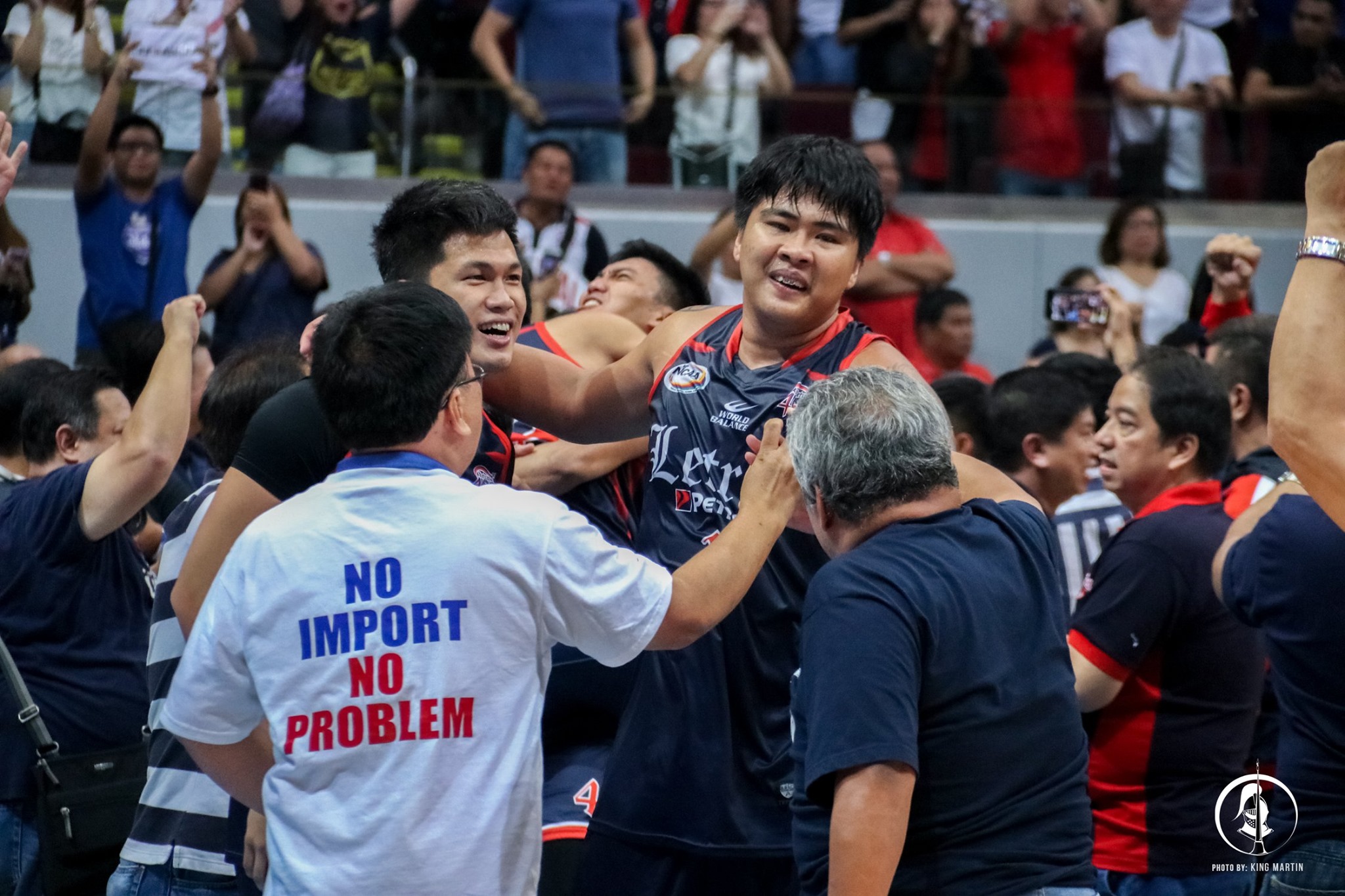 Photo by King Martin/ The LANCE.

Standing at 6-foot-5, Larry Muyang is a very big man.

But during his first two years with Letran, he did not seem so big as almost half of the National Collegiate Athletic Association (NCAA) squads were reinforced by foreign student-athletes.

Still, last season's top rookie did not back down against them. And in the Finals, he went all out against 6-foot-6 Cameroonian Donald Tankoua of San Beda.

As the dust settled, it was Muyang and the Knights who stood the tallest last November 19, dethroning the Red Lions in a cardiac winner-take-all game, 81-79.

But come Season 96, Muyang, who averaged 12.7 points and 7.0 rebounds per game during the season, will be one of the biggest men in the land as the league will ban all "imports" from playing.

That is why the burly Letranite is grateful for the experience and lessons he picked up from his foreign counterparts. Muyang knows that he will carry this during Letran's back-to-back bid next year.