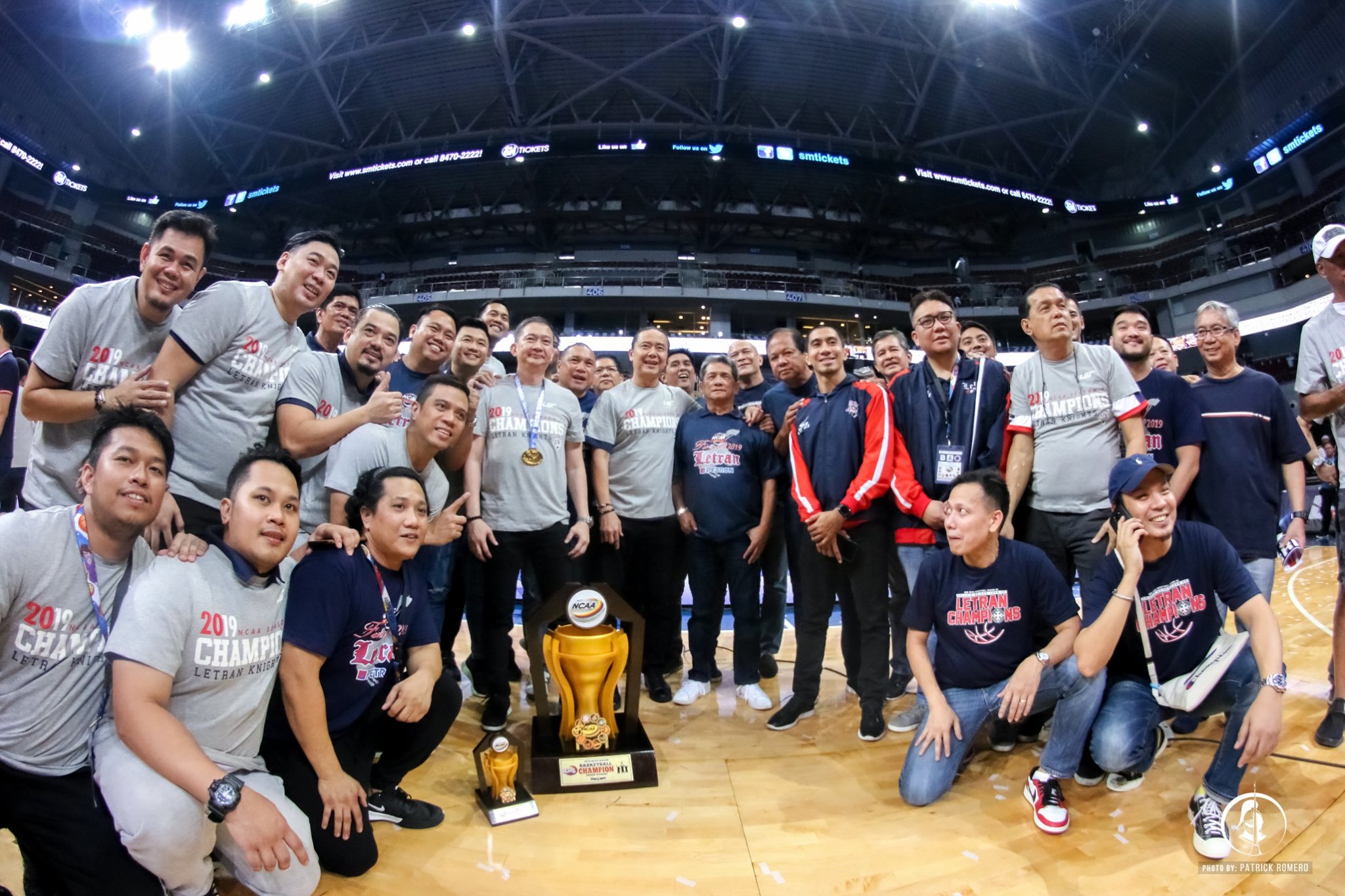 STRONGER THAN EVER. Head coach Bonnie Tan with the rest of the coaching staff poses for a photo after winning the championship. Photo by Patrick Romero

Letran head coach Bonnie Tan would be the first to admit that he and the Knights would have a hard time going mano-a-mano against Boyet Fernandez and the San Beda Red Lions in the NCAA Season 95 Seniors Basketball Finals.

First off, none from Letran made it to the Mythical Five while the defending, three-time champions technically had four.

Then there's the head-up match-up between him and Fernandez.

For his part, Tan has been a suit for the longest time, serving as team manager of NorthPort. On the other hand, Fernandez made it a hobby to win championships left and right -- from the NCAA to the PBA D-League.

But what are friends for right?

That is why for the entire course of the best-of-three Finals, Tan had allies on his side. And his allies were a who's who in the coaching scene -- his 'Super Friends.'

"Di naman ako nahihiya na aminin na this is our first finals appearance, so why not get all the help we can get?," quipped Tan.

With the sheer will of the Knights led by the quartet of Jerrick Balanza, Bonbon Batiller, Fran Yu, and Larry Muyang, to go along with his think tank, Letran was able to topple San Beda's dynasty.

And all of them, from the players to his staff, did it for Tan as they badly wanted to give him his redemption story.