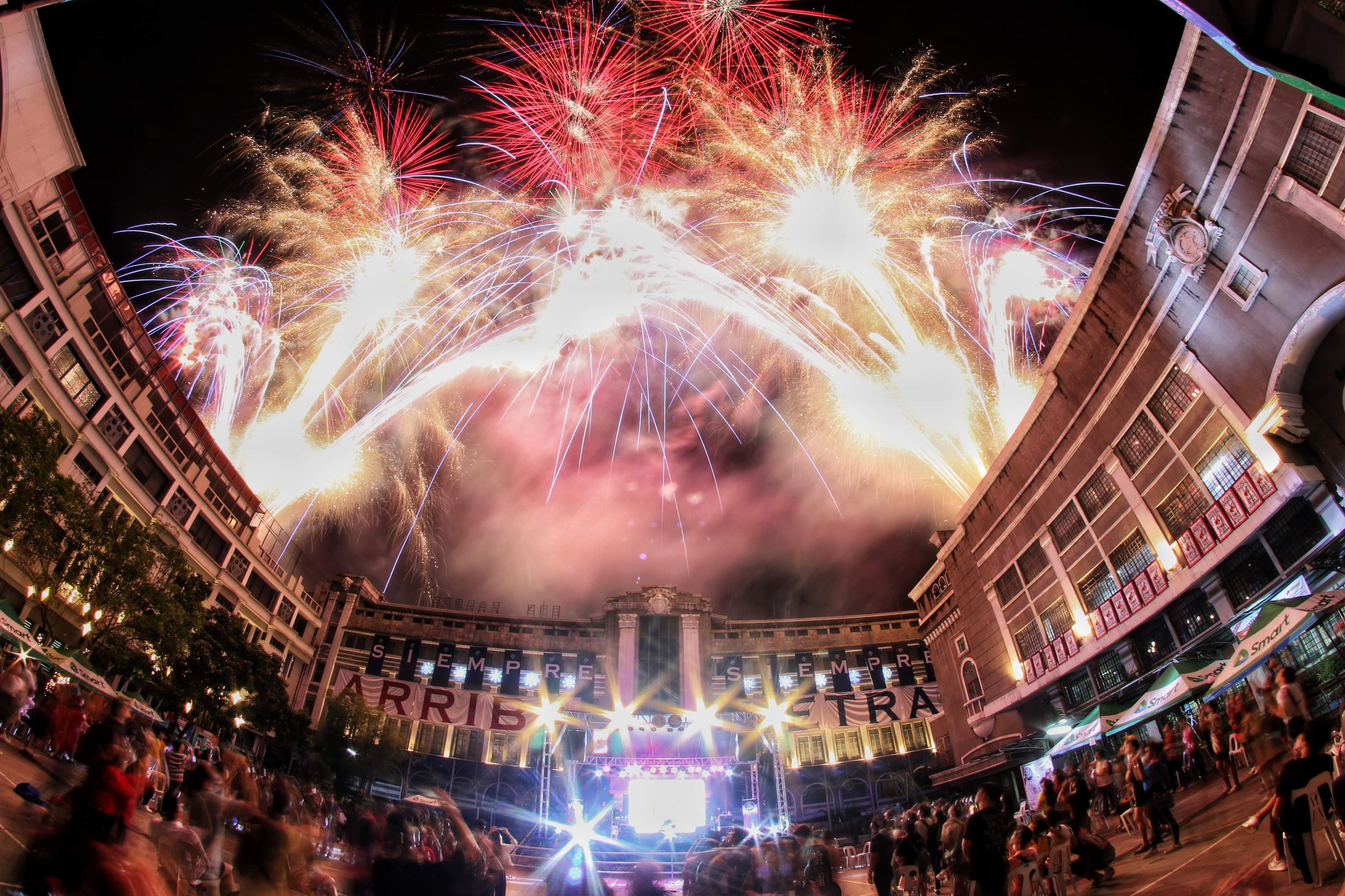 The week-long celebration, with its theme "Como El Sol Es Tu Gloria Sin Fin" which started on November 19, was aimed to prepare for the 400th year celebration of Colegio de San Juan de Letran in 2020.

In a short speech delivered by the Letran Knights Head Coach, Bonnie Tan, he expressed his gratitude to the Letran community for the overwhelming support for the team.

New events, booths, bazaar, and concert were spearheaded by the Office of Alumni and Public Affairs, the Letran Student Council, and representatives from different colleges and offices.

The Quadricentennial Year 4 Celebration formally opened through a eucharistic mass participated by the Letran Community at Manila Cathedral.

After the mass, Grand Float Parade was held at the Plaza Roma with different departments from Basic Education to collegiate level joining the event to showcase their creative floats.

Day 2 of celebration was filled triumph after the Knights were crowned as the NCAA Season 95 Seniors Men's Basketball champion after taking down arch-rival San Beda Red Lions.

Letranites celebrated the 18th title with a bonfire as they gathered inside the Colegio to welcome with all cheer and pride the basketball team.

In a short speech delivered by Rev. Fr. Clarence Marquez, O.P, he expressed his gratitude with the Letran community specifically in Knights Basketball Team for bringing back the trophy in Intramuros, ending the three-year title drought of Letran in NCAA Basketball.

The celebration was also filled with a fireworks display concluding the victorious day.

"I wanted to ignite my passion again in singing. I have been competing with several contests before when I was young. I just happened to stop so that I can focus on my studies," Quirong shared with The LANCE.

"I considered joining Singing Idol to at least move one step forward again," he added.

Meanwhile, Aerich Khan Balanggao placed the first runner up and Pauline Lalog managed to bag the second runner up.

BATTLE OF THE BANDS: INTEROCKTION 2019

The On The Way Band from the Senior High School Department, composed of Marco Torres, Carol De Ramos, Cyver Garoso, Juan Regala, Adonis Bacoy, and Julian Haynes, was declared the overall champion scoring a total of 89.05%