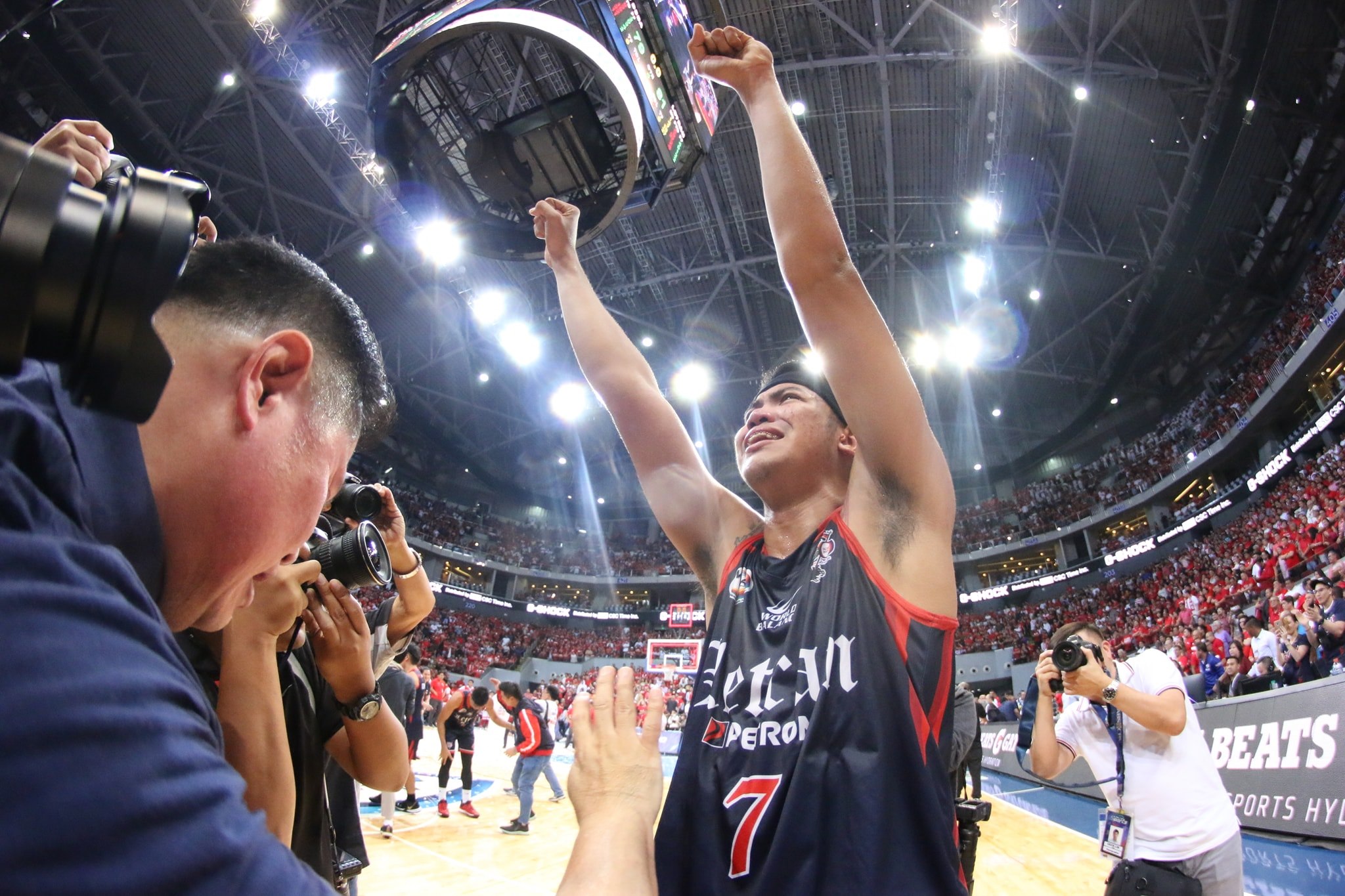 Photo by Patrick Romero/ The LANCE

After a four-year hiatus, Letran is finally back on top.

As the dust settled after three grueling games, the Knights were crowned as the NCAA Season 95 Men's Basketball champion after taking down arch-rival San Beda Red Lions, in a tight 81-79 affair, Tuesday at the Mall of Asia Arena.

Jerrick Balanza was at the forefront of the attack, making sure that his collegiate career will end the same way it started -- with a championship.

Seeing the Knights' once 11-point lead cut down to one at the 4:52 mark of the final quarter, the Letran senior calmly sank two crucial free throws to restore order.

Ato Ular then had his moment, completing an and-one play to extend the Knights' lead to six. But Clint Dolliguez answered right back with a cold-blooded three in the ensuing play to keep the Red Lions within striking distance.

Unfortunately for San Beda, though, Balanza once again came to Letran's defense, dropping a three-point bomb to stretch the lead once more.

Evan Nelle was able to pull the Red Lions to within two after hitting two crucial three-pointers and even had the chance to steal Knights' thunder.

Nelle, however, was blocked in his last-ditch to save San Beda while Donald Tankoua failed to get a grip of the ball -- sealing Letran's 18th championship in the oldest collegiate league in the country.

Balanza, along with seniors Bonbon Batiller and Christian Balagasay, capped off their Letran careers with a title.

Sophomores James Kwekuteye and Nelle, along with Clint Doliguez chipped in 11 points in the loss.