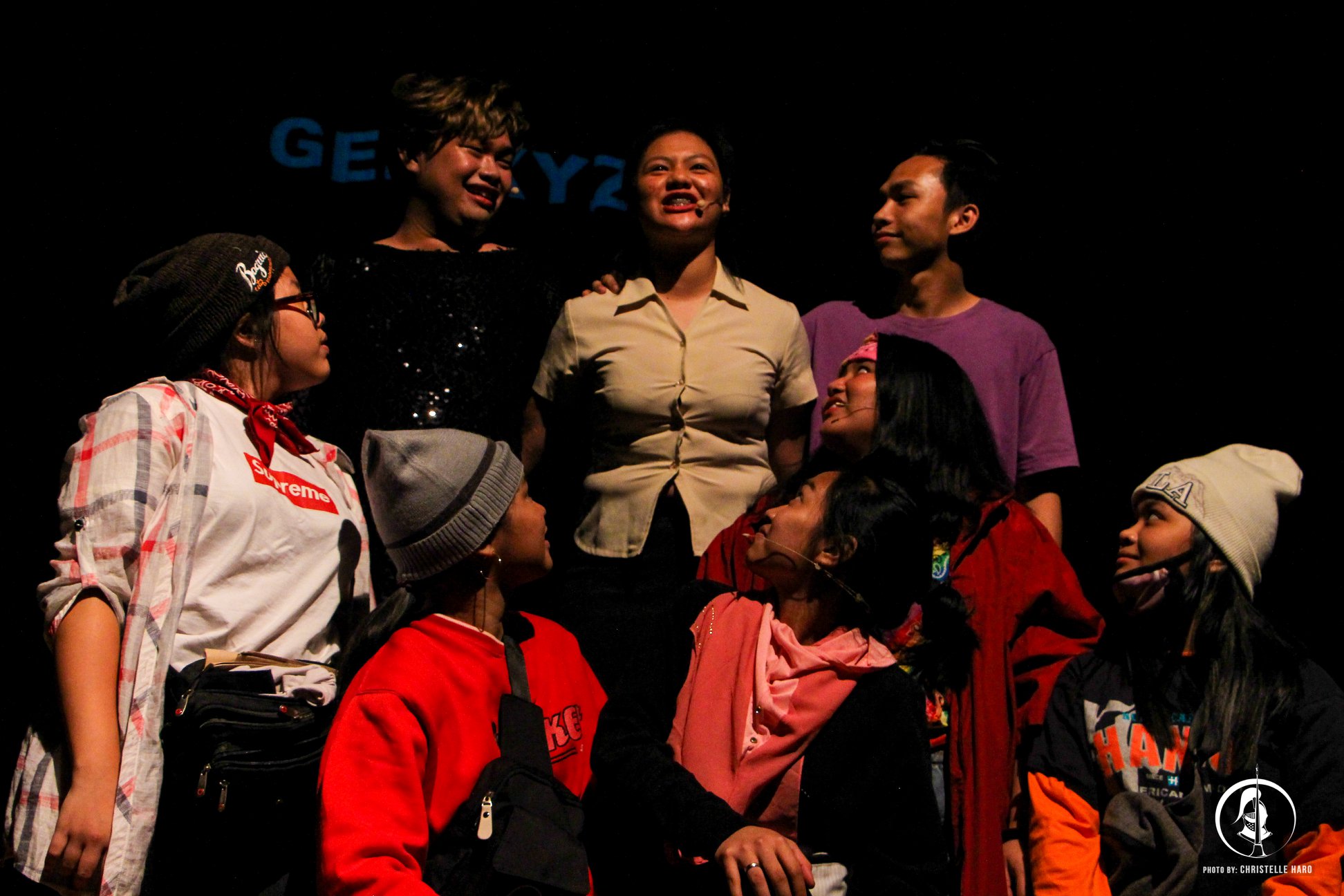 Photo by Christelle Haro/ The LANCE.

The show opened with “Hashtag I don’t care”, which laid out the foundation for the rest of the show. Various societal concerns were expressed, with the “centennials” responding with a nonchalant “I don’t care!”. Sadly, this isn’t far off from real life. Every day, people choose to remain blissfully ignorant of what is happening outside their bubble.

Gen XYZ was divided into three parts. Each generation featured issues that were still relevant today from the techno-savvy and trendy Gen Z to the curious but exasperated Gen X who wanted nothing other than fair treatment. Each story was told in a way befitting their generation and at the same time connect with the current audience.

‘Saka Na’ and ‘Uuwi na’ cried for their parents’ suffering. The two issues presented are tied towards the same thing: the economy tying them down. Their parents aren’t left with much choice other than to do their jobs. Eventually, their jobs would be passed down to their children. Outrage and desperation could be felt in their acting. Their demands to know why they had to be the ones to suffer.

Rapid developments in technology have brought us closer to one another. In Vlogging 101, oversharing and capitalism has proven to be a fatal combination. The desire to be in the spotlight, no matter how problematic the content may be, will always outweigh others. Social media has also given women a platform to speak out.

Partee Crashing portrayed the pressure of society on young minds. Dark humor masked the reality of failing the board exams. Society looked down on those who failed the exams unless a tear-jerking story would back up why they failed.

The bloody reminder of Oplan Tokhang was the theme of the War on Drugs. The actor ran around in a frenzy as he prayed today won’t be his last. Unfortunately, luck wasn’t on his side once the gun went off.

As a tribute to teachers for National Teachers Month, an ironic tale of a student who hated her teacher so much she admired her teacher’s selflessness and passion to serve others. Her teacher continued to teach despite the struggles. Nothing, not even a student hating them, would stop them from enlightening young minds.

The use of Ilonggo has surprised the audience. According to the Edsel Fusio, it was also the first time they used a language outside of the usual Filipino. The issue of trans people in the bathrooms sparked debate throughout the country. Questions regarding viewed on sexuality and gender have been raised. Are they to be considered equal to their cis counterparts? Or are they stuck forever between the two, forever questioning themselves?

The show ends with "Generations We Create", an original composition by Martin Apolinario. As the curtain falls, one would wonder about the state of today's youth. Each story was created from a generation yet the message still rings true until today.