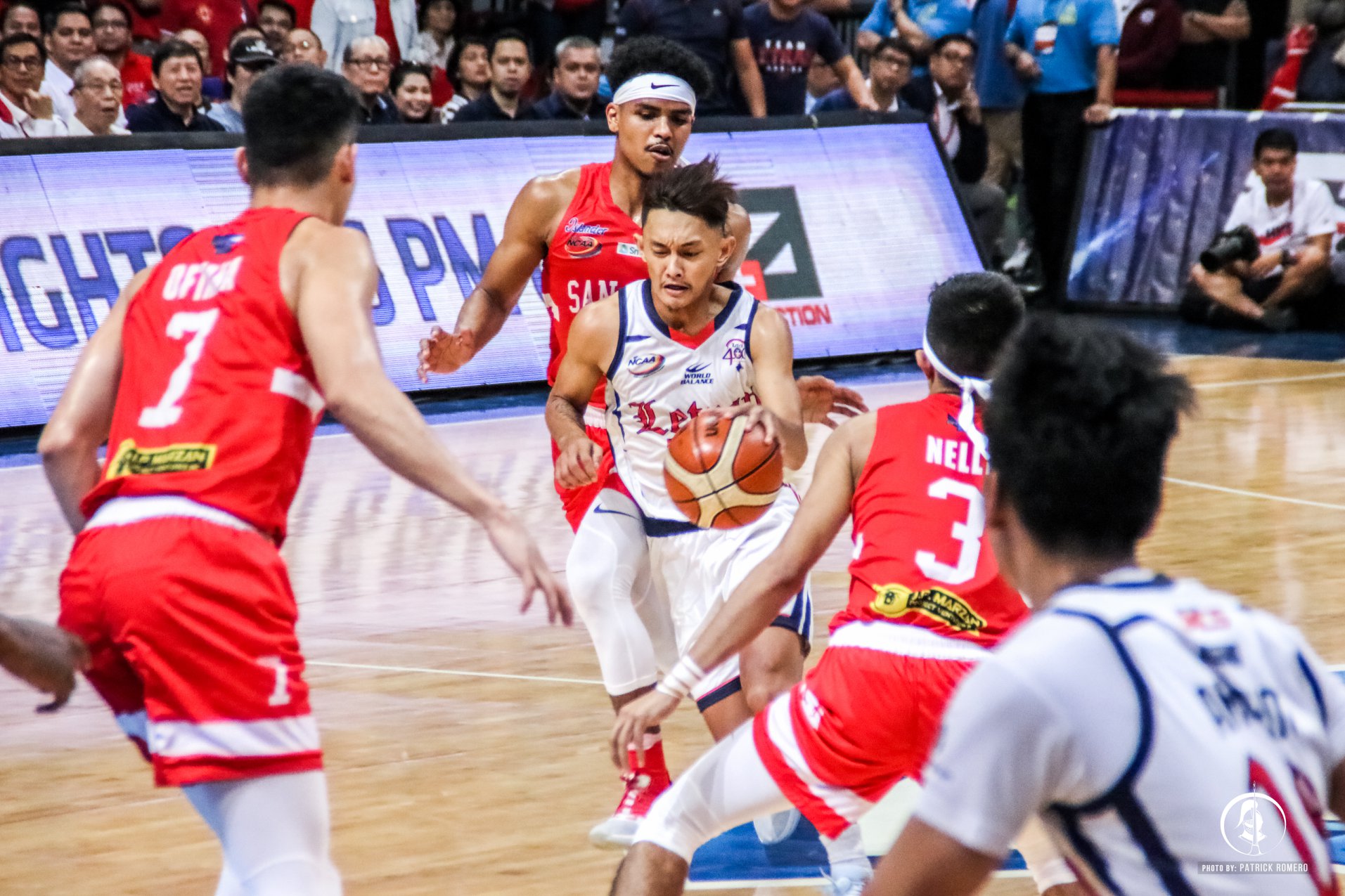 Letran fell short to its arch-rival San Beda, 76-79, in Game Two of the best-of-three championship series of the NCAA Season 95 Seniors Basketball Tournament, Friday, November 15 at the Mall of Asia Arena, Pasay City.

It all boiled down to the endgame.

Fran Yu showed he was unstoppable after blasting consecutive threes and a bunking shot to gain a three-point advantage, 56-53, in the third.

The Red Lions fought back tied the game at 59-all after a trey from Calvin Oftana to begin the final stanza.

Yu, who had caught fire, then responded with another three followed by a jumper from Balanza to extend their lead to five, 64-59, with eight minutes left but was cut short after a trey from Oftana that fueled a 13-0 San Beda run.

The Knights further struggled after Yu suffered from cramps forcing Tan to send him to the bench with only four minutes left.

Larry Muyang tried to be the hero for Letran after back-to-back baskets in the last minute. However, the Red Lions were able to force a turnover that led to a fastbreak attempt.

During the ensuing play, Oftana took matters into his own hands, scoring on a powerful drive against Bonbon Batiller for the and-one. James Canlas followed it up with two free throws to seal the deal for San Beda and force a winner-take-all Game Three on Tuesday.