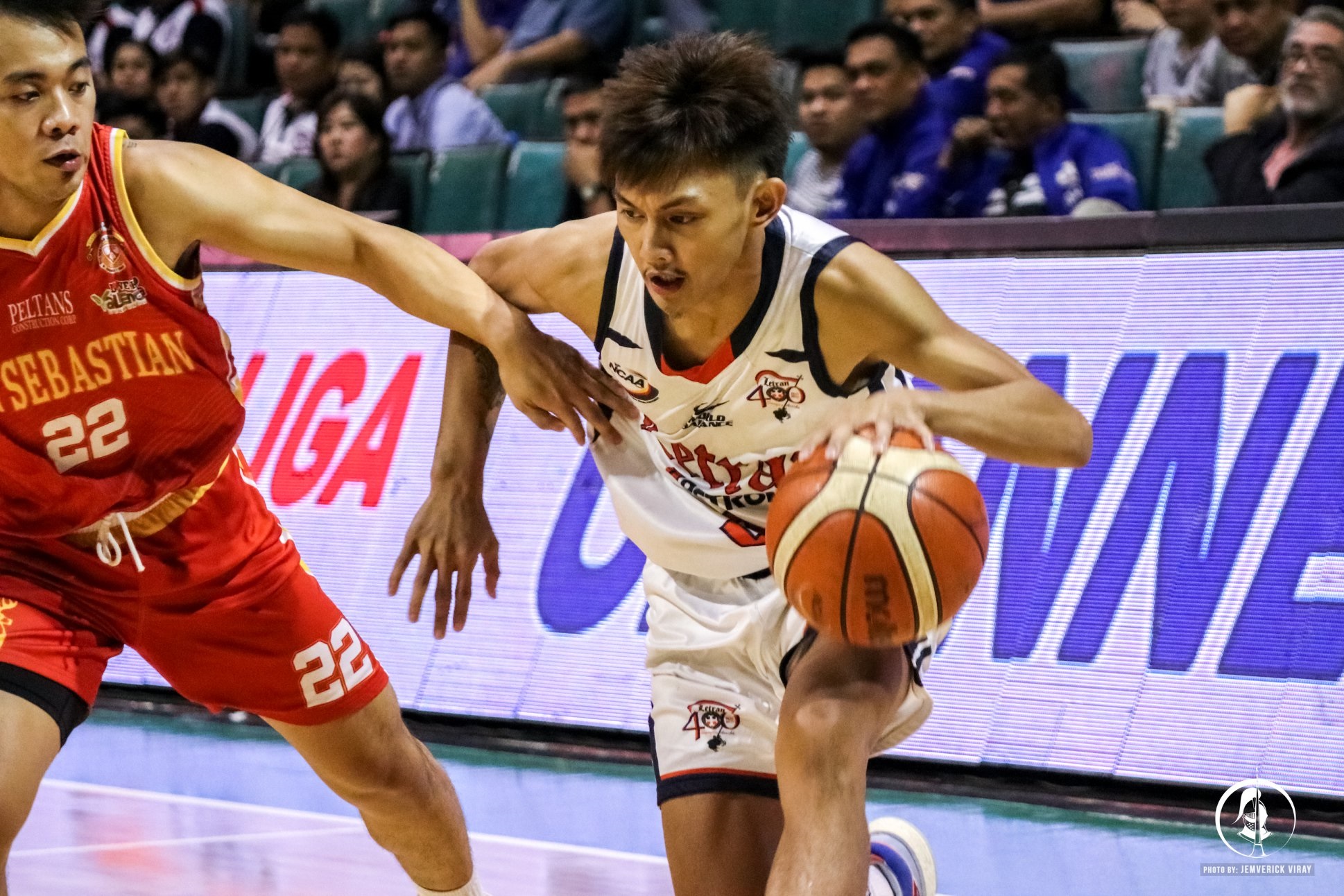 The Letran Knights escaped a late-game surge from the San Sebastian Stags, 85-80, to book a ticket to the semifinals in the National Collegiate Athletic Association Season 95 stepladder playoff round on Tuesday at the Cuneta Astrodome.

After leading by as many as 17 in the third frame, the Knights were outgunned entering the fourth after Rk Ilagan caught fire and led the Stags to a 21-12 run to cut the deficit to one, 81-80, with 1:40 remaining in the game.

However, with 59.8 seconds remaining, King Caralipio sank a clutch lay-in to hand Letran a three-point lead, 83-80.

A tough defensive stance forced the Stags to a 24-second violation before Fran Yu converted two freebies that would silence the streaking Recto-based team and seal them their exit in their NCAA Season 95 campaign.

“We were out-rebounded pero again, a win is a win,” Letran Head Coach Bonnie Tan said after the game.

“We have to check on that kasi for the series natin this year, we always win sa rebound so that’s something to check on,” he added.

“If the team is winning, you’ll be noticed pa rin and I prefer a team which I can give balance scoring,” he added.

The Stags were led by Rk Ilagan after registering a career-high 36 points and six boards. Allyn Bulanadi followed with 15 markers and seven rebounds in a losing effort.

The Knights will climb up the step ladder and face the second-seeded Lyceum Pirates next on Friday, 4 PM, at the Cuneta Astrodome.