Letran falls to San Sebastian despite career game from Muyang 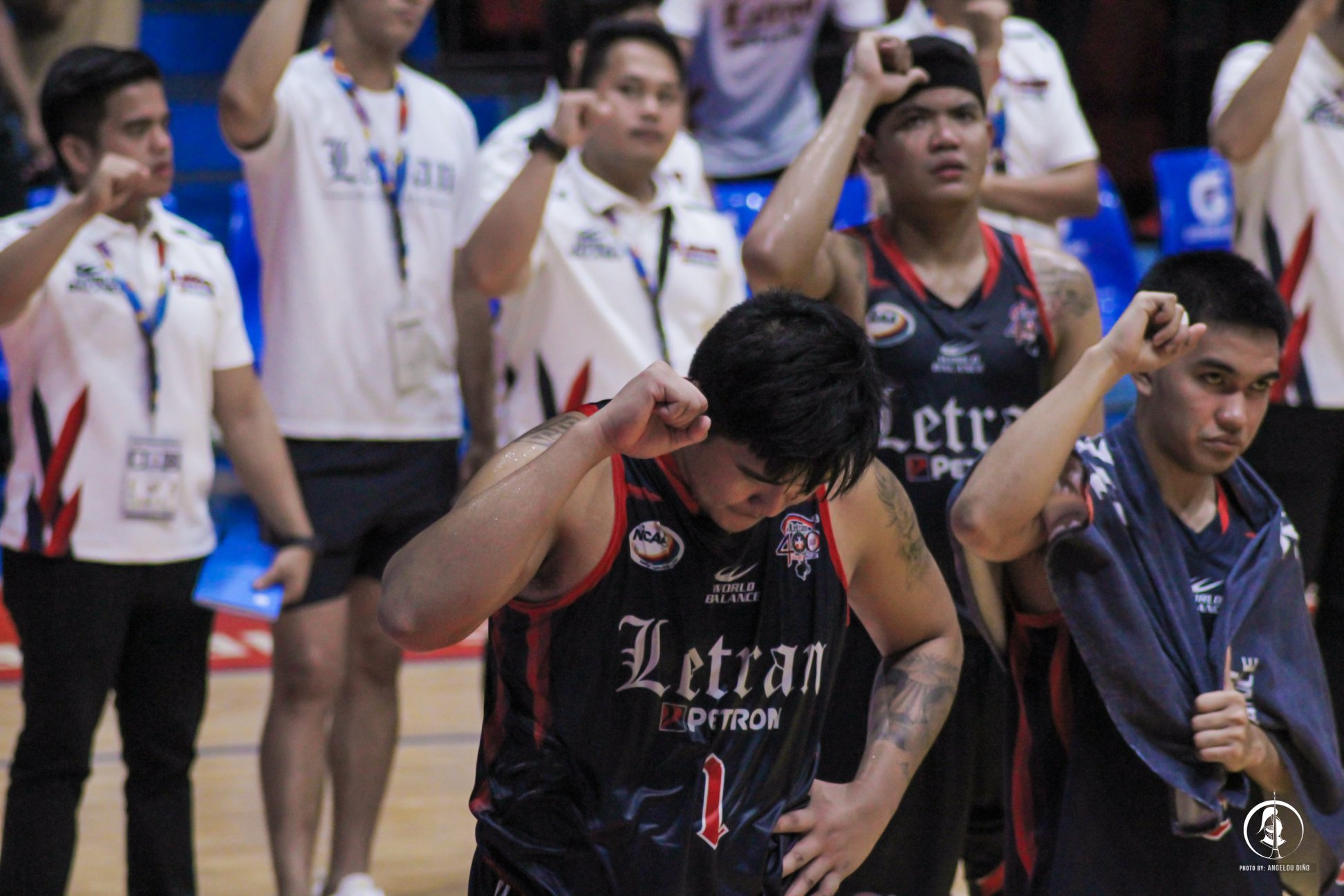 Photo by Angelou Diño/ The LANCE.

Muyang tallied a career-high 32 markers on top of 18 rebounds, two blocks, and two assists and also keyed the Knights’ rally that erased a 17-point deficit and forced overtime.

The Knights were down by two points with time running out in the fourth quarter when free throws from Muyang tied the game, 91-91, resulting to overtime.

Late in OT, Knights charged ahead, 99-98, but the Stags took the lead again after Alvin Capobres and Ken Villapando hit two-of-four from the line.

It was at that point that Muyang’s inside basket gave the Knights a one-point lead in the remaining 48.3 seconds of the game.

The lead was short-lived, however, as Villapando hit a short stab that took back for San Sebastian the lead that it will never relinquish.

Letran still had 18.5 seconds to win the game but Fran Yu missed a three that sealed the Knights’ second straight loss and third overall in eight games.