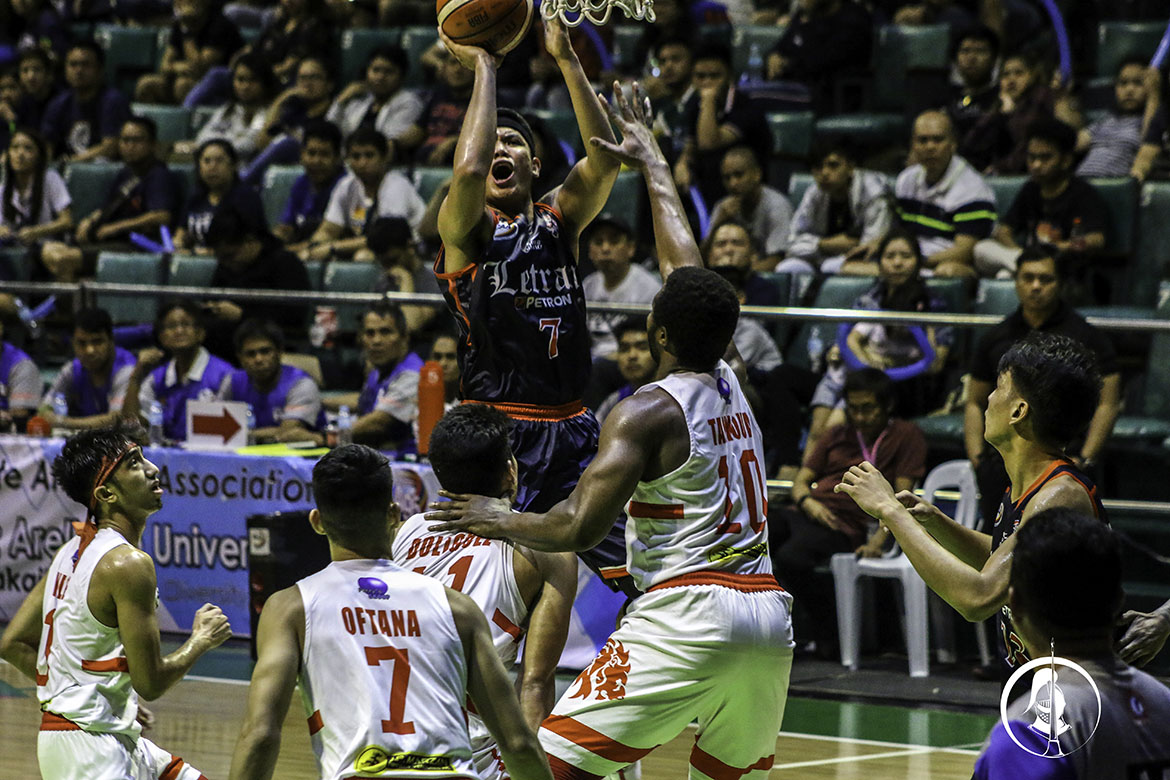 Despite a huge Letran contingent in the gallery, the Knights suffered a heartbreaking loss to arch-rivals San Beda Red Lions, 66-70, Saturday at the Cuneta Astrodome.

Still, the Knights did not go down without putting up a fight.

After being down by as much as 13 points in the third quarter, Letran cut San Beda’s lead to six, 63-69, in the last two minutes as Renato Ular drained a basket and a bonus, with 1:40 on the clock.

Red Lion Evan Nelle then missed three of four free throws which kept a door open for the Knights.  Jerrick Balanza hit a triple to pull them within four, 66-70, with 11.7 seconds left.

After another defensive stop, Balanza had another shot from deep, but his triple try missed the mark, sealing the deal in another Letran loss to San Beda.

The Knights dropped to 5-2 but still remain at fourth place in the NCAA Season 95 Seniors Basketball tournament.

Big men Larry Muyang and Jeo Ambohot struggled in the game, finishing with just six and four points respectively while combining to shoot just 3-of-14 from the field. Ambohot still grabbed a team-high nine rebounds.

For the Red Lions, Nelle tallied 18 markers, seven rebounds, and three assists while Donald Tankoua, who fouled out of the game late, finished with 15 markers and four rebounds.