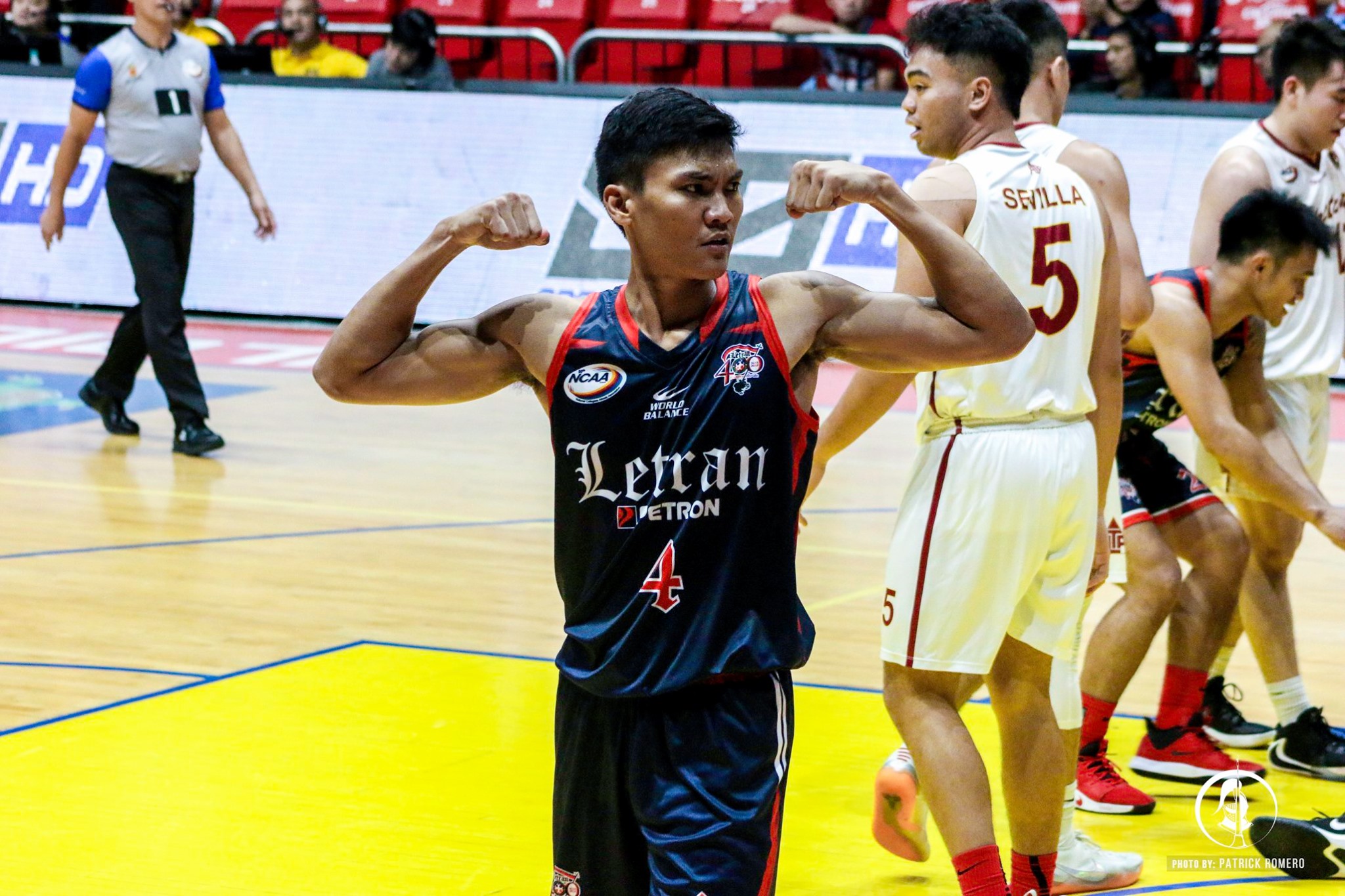 Letran’s new double-double machine Ato Ular is starting to make a name of his own and fans are starting to notice his in-game antics.

The six-foot-four pride of Tarlac City has been turning heads with his stellar play for Letran, which was highlighted with a game-saving block on Emilio Aguinaldo College's Renz Gonzales.

Ular quickly made it to the headlines of different sports outlets and his photos sparked interest to fans.

Ular flex for the win!

When asked why he’s always seen flexing his muscles, Ular said he simply wants to uplift everyone.

Ular last played in the NCAA three years ago before spending his time in reserve pool for two years joining slam dunk competitions and eventually playing in the Maharlika Pilipinas Basketball League (MPBL) for the Marikina Shoemasters.

The 24-year-old forward also shared how playing in MPBL gave him a chance to prove his skills in the hardcourt once again.

Ular also shared how grateful he is for the opportunity that was given to him. He also admits that he no longer feels pressured despite the expectations placed on him.

Letran Knights will face the Mapua Cardinals on Tuesday, July 30, at the Filoil Flying V Centre.