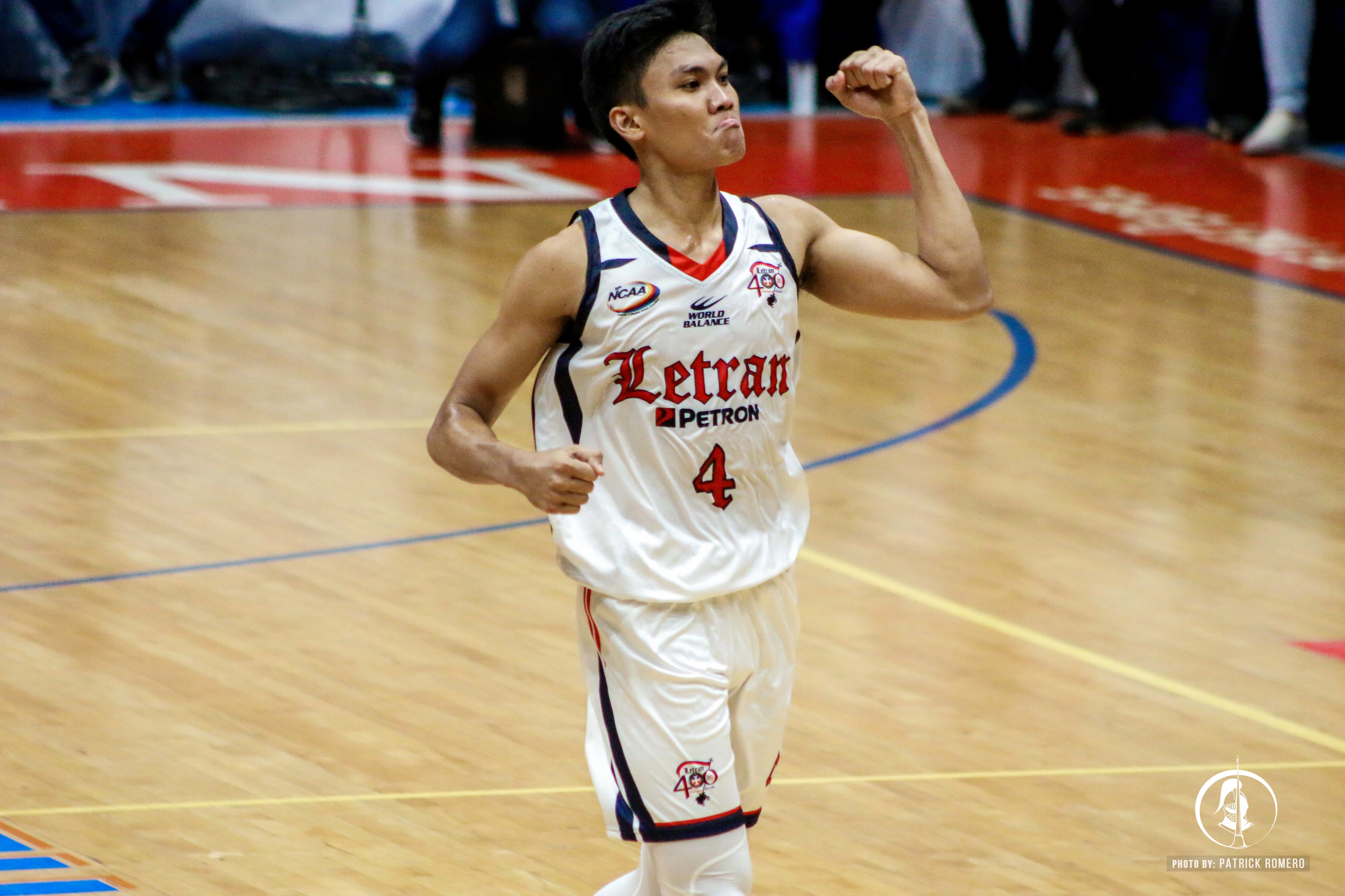 Letran Knights held on despite late push from EAC Generals, bagging their fourth straight win on Tuesday at the Filoil Flying V Centre.

After trailing the Generals on the first half, Renato Ular unleashed his potential with an impressive series of lay-ups, advancing Letran from a slow beginning and saving the game from a possible takeover from EAC.

Ular was able to block a lay-up from Renz Gonzales within the last 12 seconds of the game, followed by two bricked shots from Bonbon Batiller, safeguarding the Knights' victory against the Generals, 91-89.

Despite their win, Coach Bonnie was not satisfied with how the game ended.

Jerrick Balanza blasted back-to-back threes, snatching the Knights’ first lead with 65-61, with 2:04 remaining on the third quarter. Gonzales retaliated a 4-0, drawing the game with its second deadlock.

Ular and Paolo Javillonar fired two-points and split a free throw respectively, extending Letran’s lead by the end of the third, 68-65.

However, Marwin Taywan pushed a 9-2 run within the last two minutes of the game, cutting Letran’s 10-point lead to three, 90-87. Batiller had the opportunity to stretch their lead but drained one for two from the line in the remaining four seconds.

Balanza led the game with 22 points, three rebounds, and two assists, while Ular tallied with 19 markers and nine rebounds.

Meanwhile, Taywan had a total of 25 points and two assists, followed by Gonazales with 13 points from the game.

Letran Knights will face the Mapua Cardinals on Tuesday, July 30, at the Filoil Flying V Centre.