Devotion to Mary through La Naval 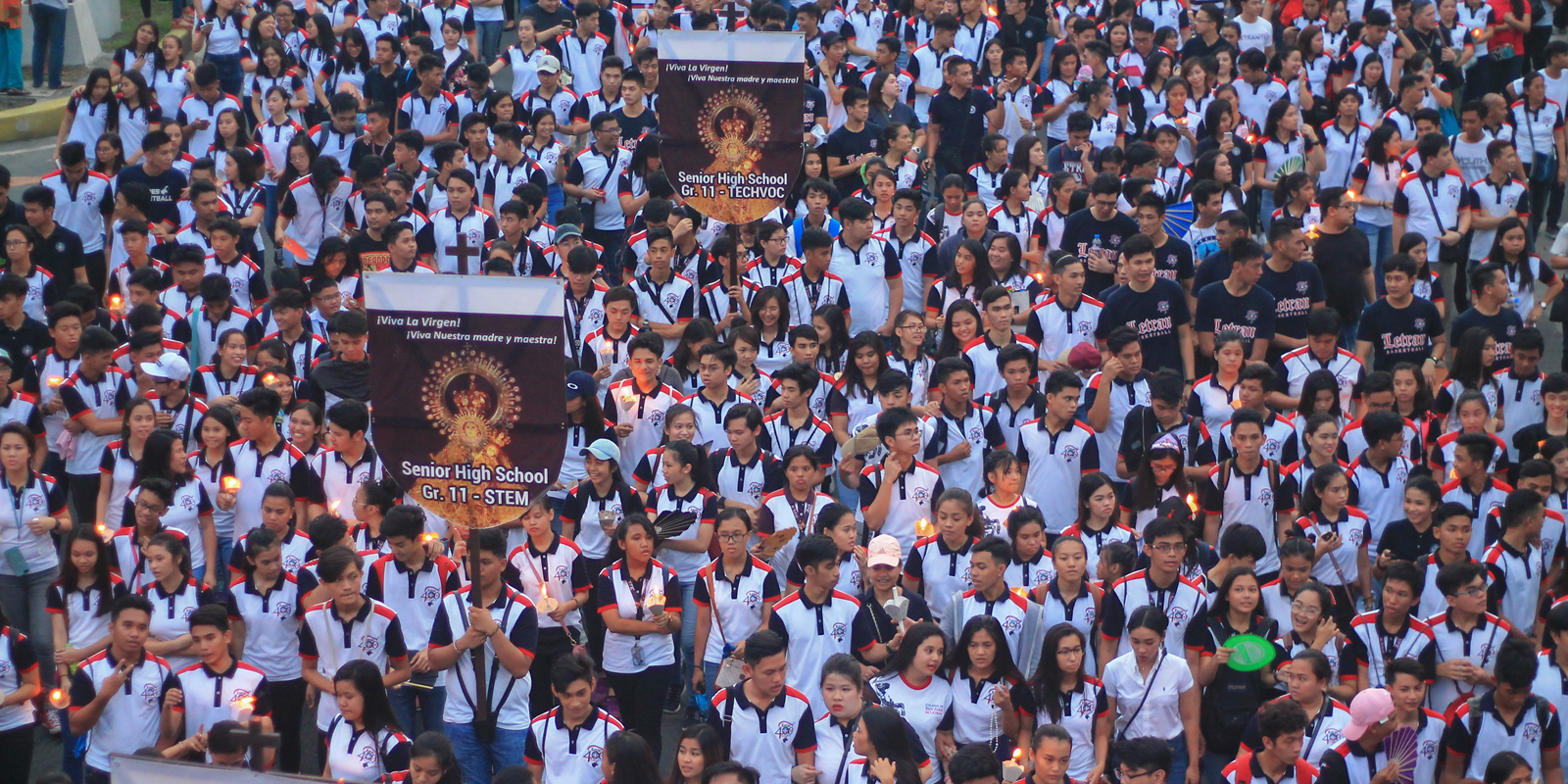 Over the years, taking part in the La Naval procession has always been a hallmark of Letran. Every month of October, which is called the Rosary month, Letranites manifest their devotion to Mary. But what is the reason why Letranites dwell into the tradition of La Naval that for centuries?

The La Naval is identified as the native virgin of all the Marian images existing, which reflects her as the indigenous queen of the Philippines. In 1953, a Spanish Governor General named Luis Perez Dasmarinas wished to give to his regime in the Philippines a religious imprint. In 1646, aside from hostilities in the South, there were Dutch and English privateers who wanted to get the archipelago’s riches and have a replacement of Catholicism with Dutch Protestant Calvinism. Five bloody naval battles were waged between an outnumbered Spanish-Catholic-Philippine forces and Dutch marauders. Between each of the battles, its victory is attributed to the intercession of the rosary. On April 9, 1692, it was declared that the five battles are considered miraculously wrought by the Lady of the Rosary which brings greater devotion of the faithful to Our Most Blessed Virgin Mary and Her Holy Rosary. With this strong devotion to Mary, people, who fought in the battle, were barefooted going to Sto. Domingo to thank Our Lady.

For almost 400 years, Letranites had aimed to have a consistent procession with Mary. According to Asst. Prof. Michael Maglaque of the Office of Religious Affairs, the La Naval has been a part of Letran’s tradition. Every year, the Thursday before the La Naval, there are masses at 9 and 10 am masses with the Letran community, showing our devotion to Our Lady.

During a high point of one year before, the La Naval is called as the grand of all grand processions (Prusisyon de las procesiones), wherein people are dressed up nicely in line with the preparation of La Naval – looking like a huge social event where even attendees are also people from the higher class or sponsors. As of late, not just the Letran community but also most Dominican schools participates the La Naval tradition.