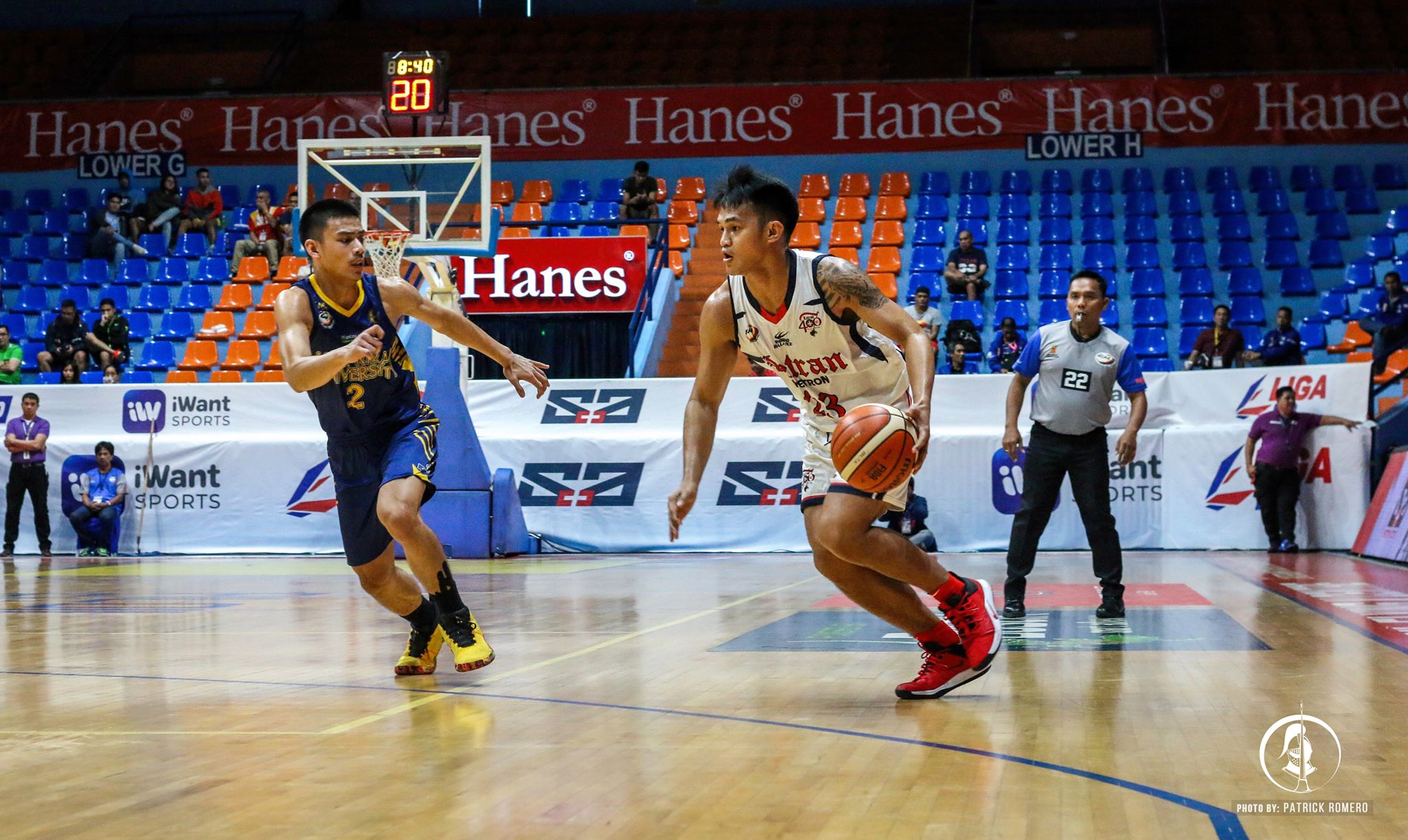 Photo by Patrick Romero/ the LANCE.

The Letran Knights scored its second consecutive victory after beating the JRU Heavy Bombers, 55-43, Tuesday at the San Juan Arena.

It was when Bonbon Batiller scored five straight points to balloon Letran’s lead, 24-12, with 3:28 remaining in the second quarter. The Knights then led by as much as 15 points, 32-17, early in the second half.

However, the Heavy Bombers initiated a comeback after Ry Dela Rosa went on a run and scored eight straight points, including back-to-back three-point shots to cut Letran’s lead to six, 38-32, with 3:10 remaining in the third quarter.

Heading in the fourth, Paolo Javillonar drained six points to extinguish JRU’s hot streak followed by a three courtesy from Fran Yu as they regain the momentum and extend their lead to 13, 50-37. The Knights never looked back as they hold on to claim the win, 55-43.

Bonbon Batiller spearheaded the Knights with 14 markers and four assists.

Ry Dela Rosa led JRU with 15 points, including three out of four three point attempts, and three rebounds in a losing effort.

The Knights are set to play against the Perpetual Altas next on Friday, July 19 at the San Juan Arena.