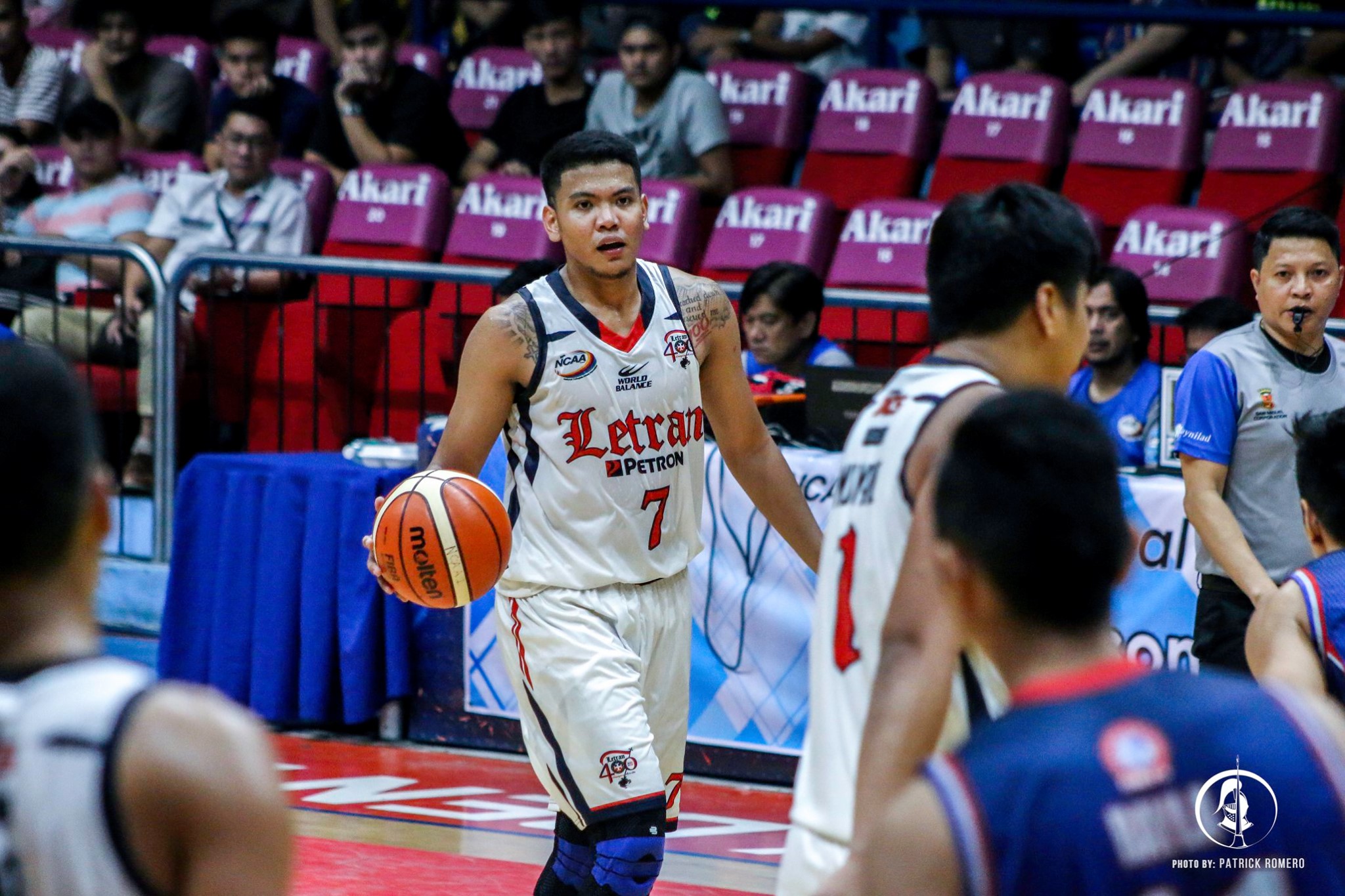 Jerrick Balanza propelled the Letran Knights past the Arellano University Chiefs, 81-72, to pick up their first win in the NCAA Season 95, Friday at the Filoil Flying V Centre.

Balanza notched his career-high in points, firing 31 markers, to go along with three rebounds, and two assists to help the Knights barge into the win column with a 1-1 win-loss slate. With exactly six minutes remaining, Balanza took matters into his own hands and singlehandedly put up an 11-3 run in the fourth quarter to take a 12-point lead, 79-67, taking the fight out of the Chiefs.

Gelo Sablan tried to will his team back after converting a trey but Balanza made sure to secure the victory for the Knights as he answered right back with a three of his own.

"We had him off the bench para may bala pa tayo sa fourth at may energy tayo to finish the game," said Letran head coach Bonnie Tan, explaining his decision not to start Balanza in the game.

"Sana nalinawan si Jerrick kung bakit siya nag-off the bench. He's an experienced player and he knows how to adjust," he added.

Meanwhile, Rence Alcoriza led the Chiefs with 19 points and four rebounds while Justin Arana finished with 12 points and three boards.

Arellano star Kent Salado was held to only nine points on 3-of-17 shooting from the field.

Letran Knights will vie for their second win in the column against the JRU Bombers on Tuesday, July 16, at the Filoil Flying V Arena Centre.