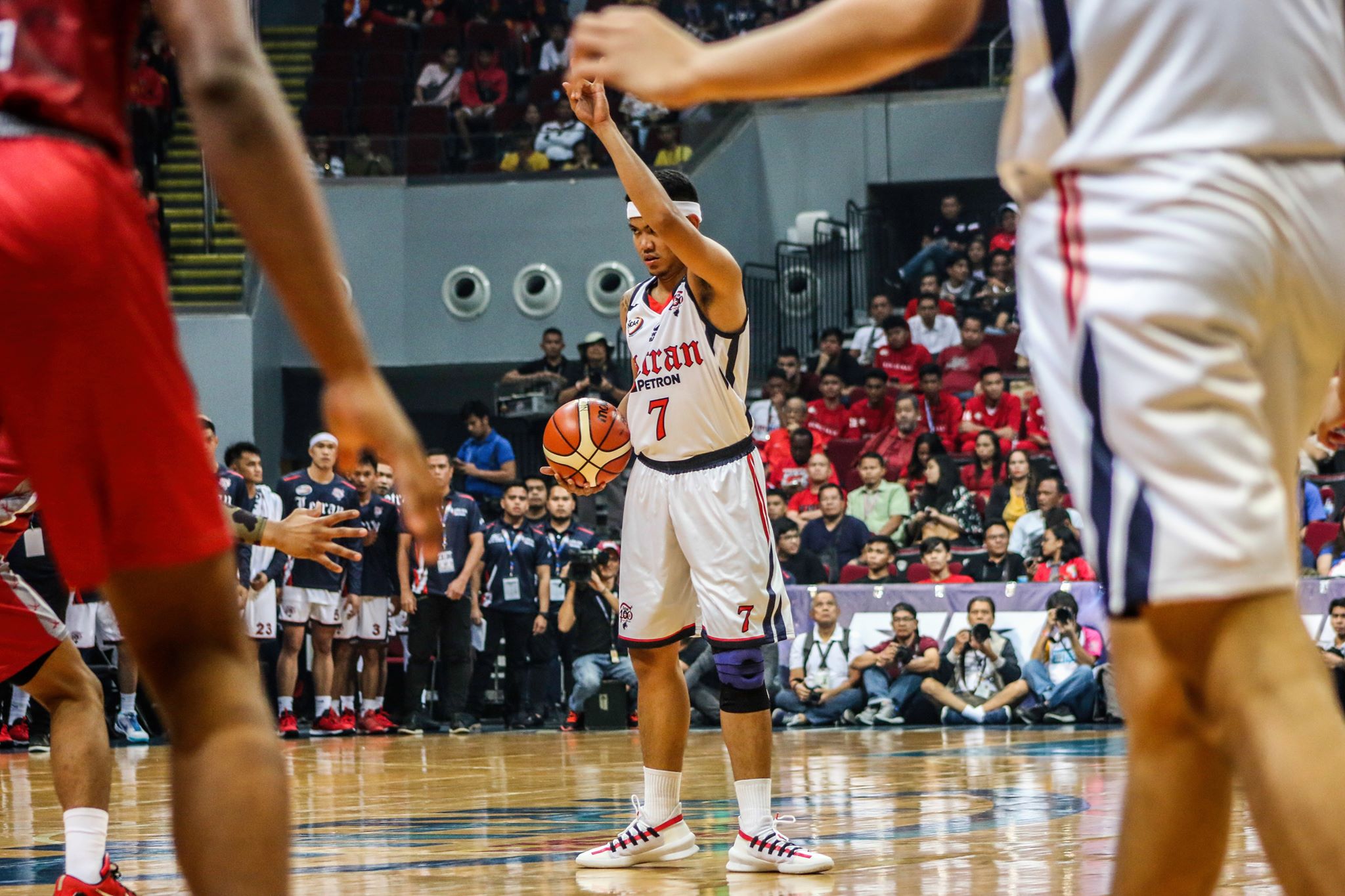 The Letran Knights endured a dismaying loss against the Lyceum of the Philippines Pirates, 80-84, at the Mall of Asia Arena, Sunday.

Trailing by one in the final period, Jerrick Balanza and Tommy Olivario joined hands and unleashed an 10-0 spurt to take the lead from the Pirates, 72-66, to provide Letran a seven-point cushion with 6:57 remaining in the game.

However, the pirates, led by Jayvee Marcelino and Reymar Caduyac, had other things in mind, countering with an 11-2 explosion, to put LPU up

Jeo Ambohot was able to lock the scores at 77-all after splitting his shots from the stripe. Looking to close out the game, Jaycee Marcelino drove hard to the basket, picking up Larry Muyang’s fifth foul and converting an-1 play to hand his side an 80-77 advantage.

Bonbon Batiller drained a three-pointer to bring Letran within two , 80-82, but costly turnover from Jerrick Balanza sealed the deal for the Pirates.

New Letran head coach, Bonnie Tan, was obviously not pleased with what he saw.

“We had some costly errors in the end-game, we had a lot of missed free throws, medyo masama yun, ‘di ko alam kung opening jitters.” said a dejected Tan after the match.

Nonetheless it was a bittersweet return for the 44-year old mentor after a five-year hiatus from the coaching scene.

Co-incidentally, Tan made his return against the Pirates - the school which he handled for 11 years before concentrating on the managerial duties of GlobalPort.

Tan was happy seeing his former team reach the heights that they are in today - and he’s hopeful that they can start picking up the pieces moving forward.

The Letran Knights will be facing the Arellano Chiefs on Friday, July 12 at the Filoil Flying-V Arena.