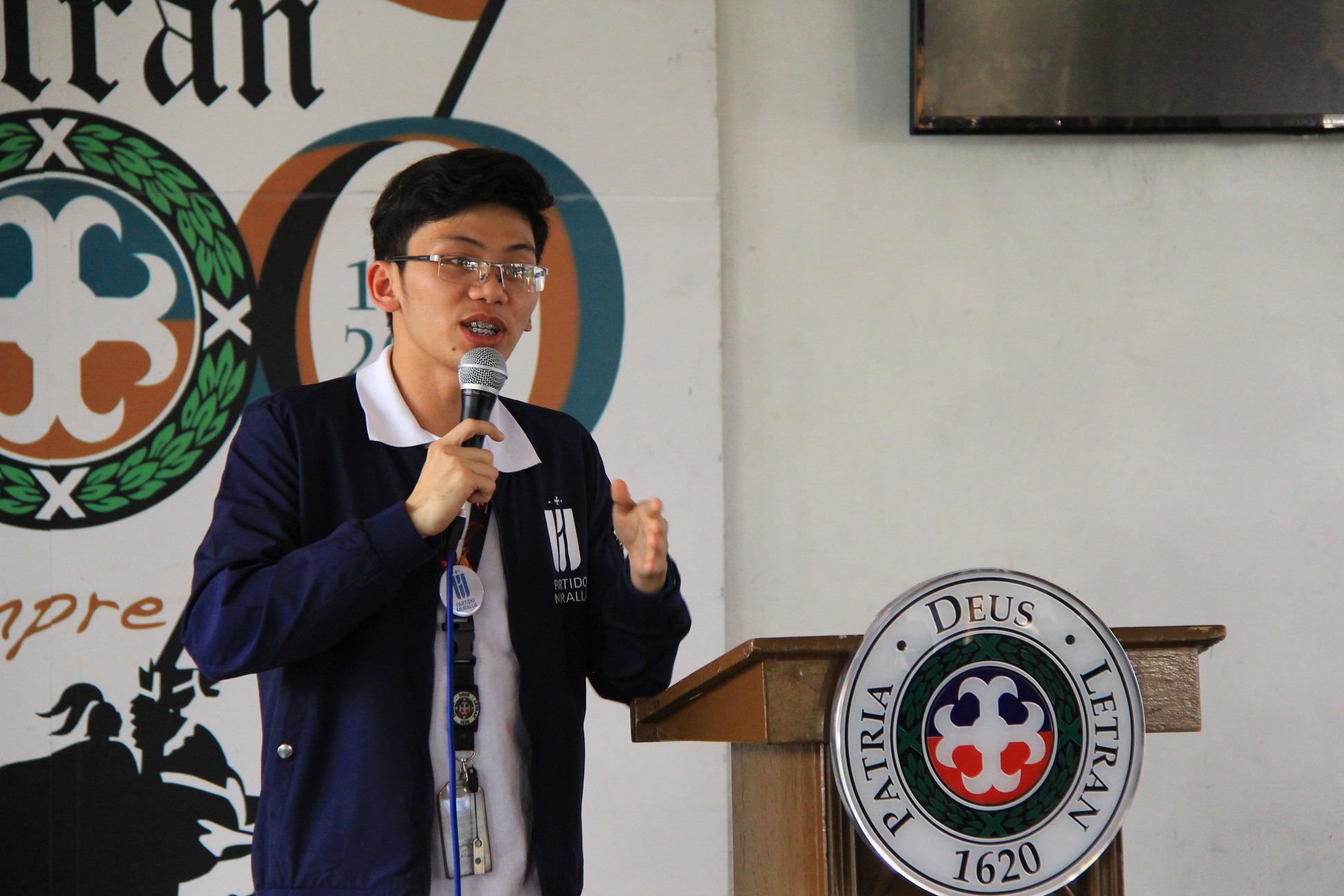 DURING THE Harapan last March 11, an accusation of alleged lost money created a negative view of the current Letran Student Council.

The accusation emerged from the face-off portion of the debate between the treasurers of both parties with Partido Muralla’s Roy Jiongco and Aksyon Alyansa Letranista’s James Cane.

The allegation refers to the disappearance of funds for the Letran guard Jerrick Balanza, who was diagnosed with a tumor in the temporal lobe of his brain and had undergone surgical procedures.

In an interview with The LANCE, Pam Satimbre, the outgoing Treasurer of the student council confirmed the accusation, narrating the chain of events about the collected fund that was allegedly lost in the LSC’s office.

According to Satimbre, several possible suspects came into their matter but they cannot accuse a person of stealing the lost fund since they do not have enough evidence to prove that the person is guilty of the case.

When asked about the solutions needed to undertake by the student council, Satimbre emphasized that she initiated an alternative plan since she handles the overall aspects of financial management in safeguarding the organization's finances.

“I am responsible for what happened so kailangan ako ‘yong mag-initiate kung paano namin iso-solve ‘yong problem, so nag-come up kami,” she said.

Satimbre also explained why the funds were not immediately surrendered to the Finance and Resources Division (FDD) days after it was collected.

The LSC Treasurer assured that they are highly concerned with the case and on behalf of the council, she admitted their mistakes. Given their responsibilities, they will ensure the compliance of the student council in all efforts that the Colegio will put to investigate the matter.

However, in an interview with The LANCE, John Patrick Bacolod, the Senate President of the organization, said that they are still investigating the matter, following the procedures provided by the LSC's constitution.

“Article 12 of the LSC Constitution is a provision for impeachment. OSWD filed a complaint to the Student Senate on the grounds of neglect of duties. This is as regards to the alleged lost money from a fund-raising activity,” Bacolod justified.

According to Bacolod, they cannot provide a conclusion for now as the Executive Committee is still investigating, hoping to prove whether or not the committee violated the constitution.

“Wino-work out po talaga ng Senate ‘to kasi this is part of our duty and it is a serious matter na gusto rin pong masolusyonan,” Bacolod assured.