Fact or Fiction: What do we make of Fake News? 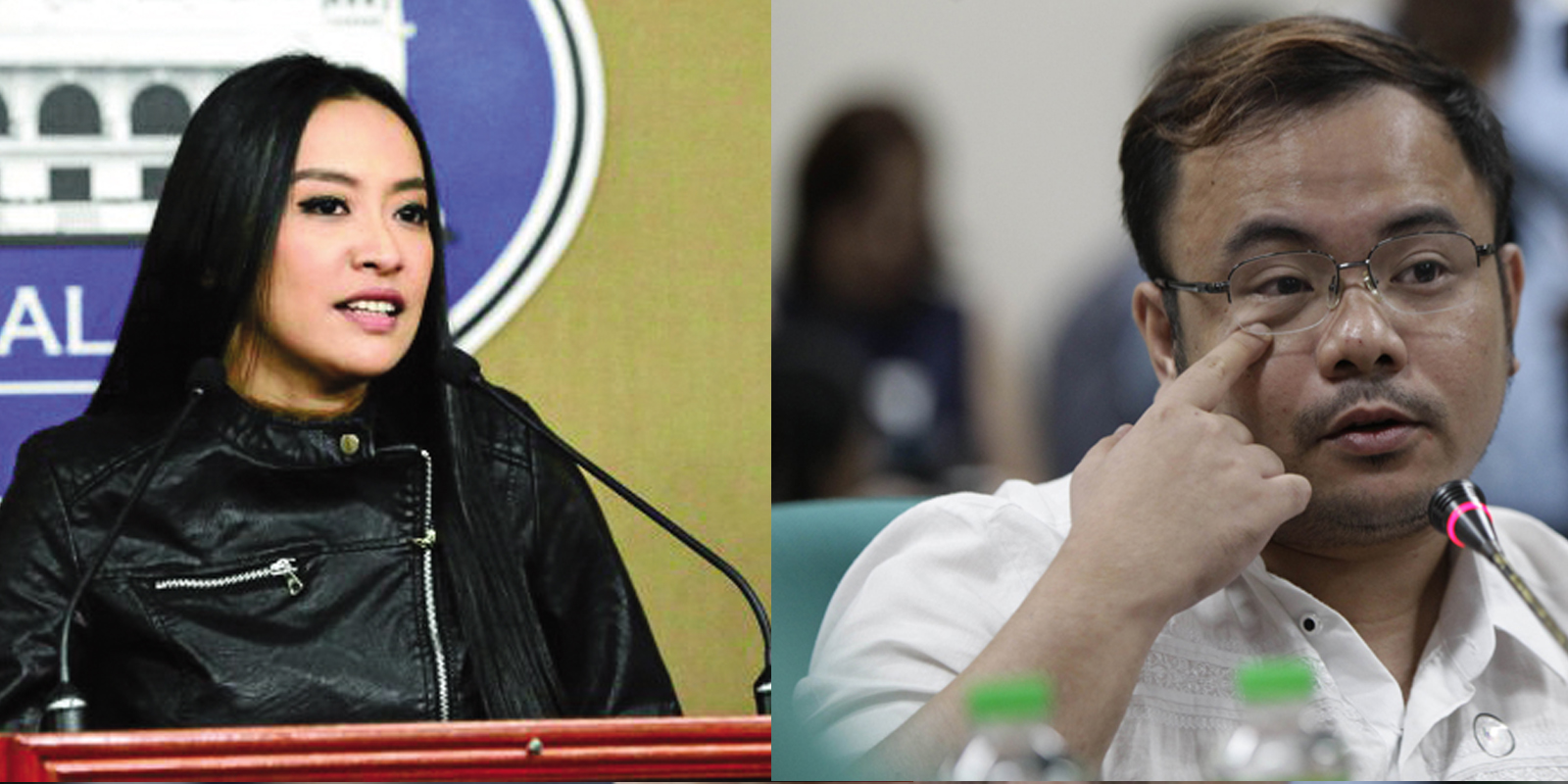 Mocha Uson and Rey Nieto. Photos from the Internet

Instant access to social media, primarily on sites such as Twitter and Facebook, has caused a surge in the spread of so-called ‘fake news’—a term used to describe articles written and published with the intent to mislead people, in order to damage an entity or person, to gain financially or politically. ‘Fake news’ often employs eye-catching headlines or entirely fabricated news stories to increase readers, online sharing, and internet click revenue.

In early October, after a heated debate at the session hall over a blog, senators put the spotlight on fake news. The Senate Committee on Public Information and Mass Media conducted a hearing on the proliferation of false information — especially on social media and how to stop it —which was chaired by Senator Grace Poe.

Poe gave all her resource persons sufficient airtime and was deferential to all.

“Let me make it clear that I accord respect to every single resource person in my hearing. I don’t choose whether you’re against me or for me or for my views. And the reason why I’m giving you this chance is because this hearing is not for me,” the Senator said.

Senator Poe also gave every senator a chance to ask questions, which was why Bam Aquino and Nancy Binay were able to ask the most effective questions in that hearing. These were addressed to Presidential Communications Operations Office Assistant Secretary Mocha Uson, notorious for her Facebook-based ‘blog’ devoted to sharing news-bits and articles supportive of President Rodrigo Duterte. The same blog has been at the receiving end of criticism for its numerous gaffes since the 2016 election.

Uson seemingly failed to answer satisfactorily as to why she does not seek the side of people she criticizes, and why she is still blogging even if she is already a government official.

MORE THAN MEETS THE EYE

Amid the hearing, Uson insisted that her blog is her own record and not under the administration. She likewise said that the rules of decency and fairness don't matter to her, as she is a blogger and not a journalist.

She then referred to the code of ethics for public officials and government employees, saying, "Since we’re all government officials, we are bound by RA 6713 and under Section 4. Nakasulat doon we cannot use the excuse of doing things in our capacity as private individuals."

Reiterating her rights, Uson then responded that she was simply practicing her rights to freedom of expression or speech.

Both Lacierda and Valte strongly denied the allegations, saying, “We are not the owners. I’d like Mark Lopez to show proof because he accused us of being owners. That is a very categorical accusation.”

According to Lacierda, blogger Mark Lopez made this accusation on social media but Lopez said that he was just merely asking a question on the said post.

In May, Uson posted a photo asking for prayers for the Philippine Army which turned out to be a photo of Honduran police. Uson defended her post, calling it "symbolism." Uson has also been widely criticized for propagating fake news against different government officials. In fact, Sen. Antonio Trillanes IV filed an administrative case for grave misconduct and six criminal cases, including libel charges, against Uson for spreading the fake news about his alleged offshore bank accounts.

Another blogger who took the hot seat was Rey Joseph Nieto of political blog “Thinking Pinoy”, after his claims that Mar Roxas paid to get the hashtag #NasaanAngPangulo (where is the president) to trend at the height of the Mamasapano incident. Nieto also claimed that a former member of Senator Francis Pangilinan’s staff is one of those behind anti-administration blog #SilentNoMorePH that accused Senate President Aquino Pimentel III and seven other senators of not voting for a resolution calling for an end to the killing of the youth. However, both Uson and Nieto argued they are not prohibited from maintaining their respective blogs since this is an exercise of their right to freedom of speech and expression.

In talking to reputable news sources, numbers do not always guarantee credibility, as gaffes are a dime a dozen with blogs such as Nieto’s and Uson’s. Nevertheless, it is true that today’s many famous bloggers count its followers in the thousands, and for the honorable Asec. Uson, in the millions.

These “digital influencers” can boast of a clout over social media feeds, and they have shown a knack for throwing really good headlines capable of piquing one’s curiosity.  Some of them tell really interesting stories that may set abroach intrigue, and in some instances, hostility online.

And that, one would have to concede, is the price of democracy. Filipinos, regardless of color or creed, are afforded the platform to air their opinions, with a guarantee of safety from harm or violence.

However, to be in a position of power, to be in public office, while openly touting your indefatigable devotion to a sitting President, is another conversation altogether.