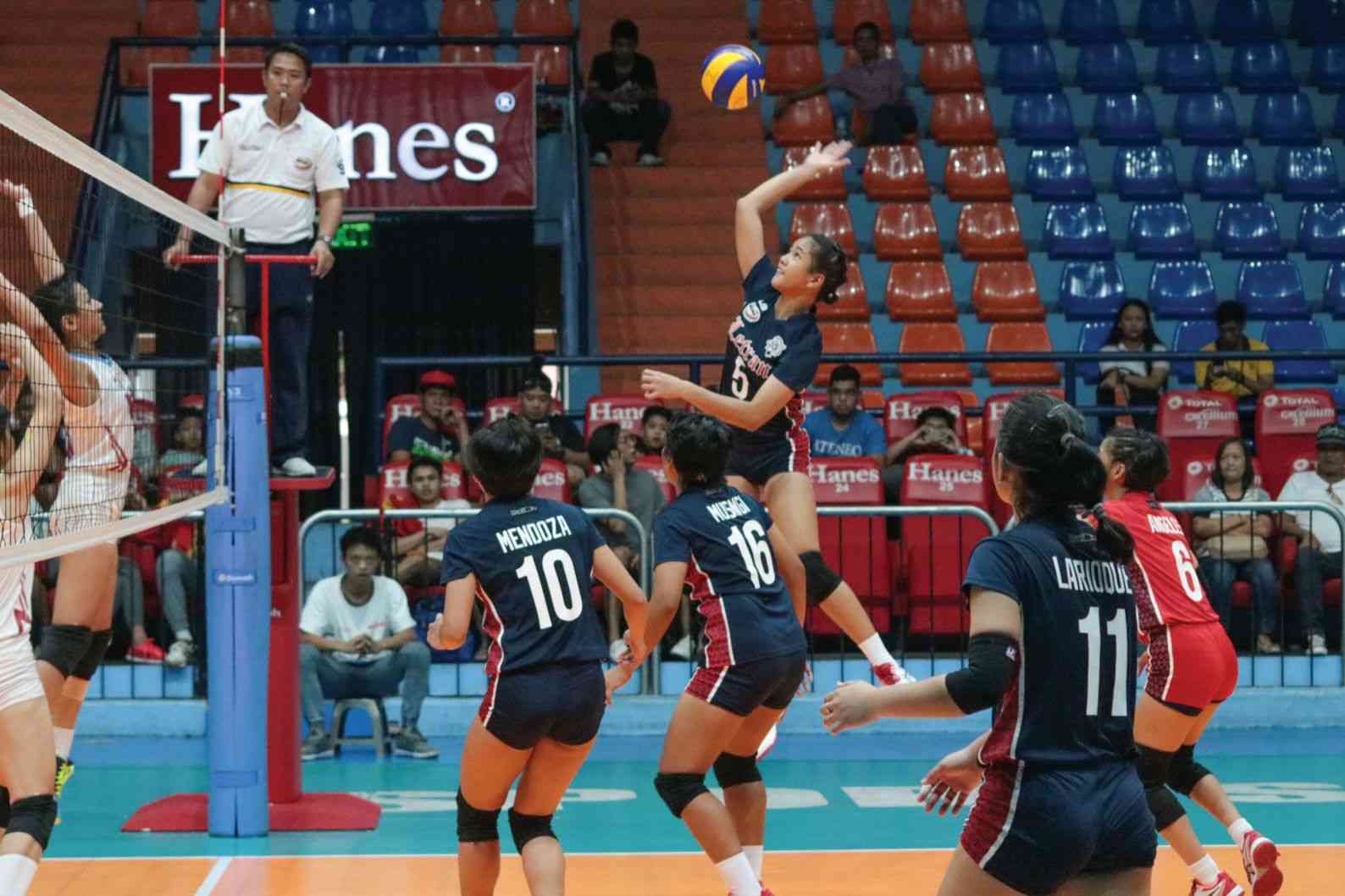 SPIKE. Kathleen Dela Cruz soars high for a spike in their game against the EAC Lady Generals. Photo by Angela Davocol/The LANCE.

The team triumphed over the Emilio Aguinaldo College Lady Generals on their season-opener but failed to sustain their strong start as they lost their next six matches. The team snapped its losing spell when they won against the Mapua University but then dropped their next outing; finishing with a 2-7 slate, a win lower to their Season 93 campaign.

With the team’s roster composed of mostly rookies, team captain Miracle Mendoza pointed-out that the team lacks chemistry due to the players’ conflicting schedules.

That factor became the team’s hindrance as they had troubles closing-out crucial sets.

Nevertheless, the graduating captain decided to look on the positive things that her team accomplished throughout the season.