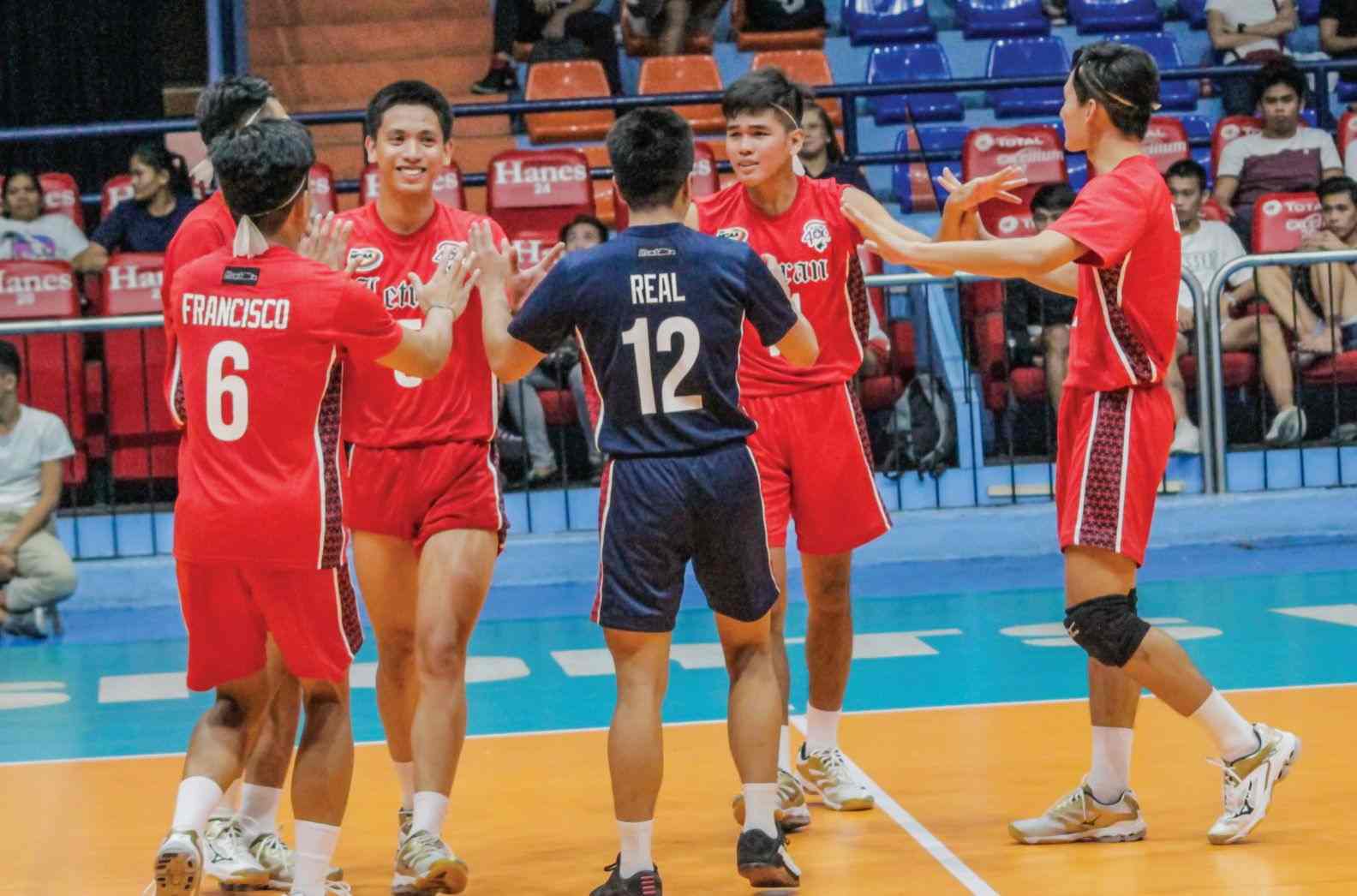 HOLDING THE FORT. The Letran MVT celebrates after scoring against the EAC Generals. Photo by Angela Davocol/The LANCE.

Though finishing at the bottom six this season, the Letran Men’s Volleyball team showed a promising future with their recent performance in the National Collegiate Athletic Association (NCAA) Season 94 volleyball tournament.

The Knights, who are composed of 11 rookies and three veterans, posted a 3-6 slate under their belt; bouncing back from a winless record last season.

Knights mainstay Christopher Cistina admitted that he did not expect the team to perform the way they did this season due to the team’s composition.

“Actually, we did not except too much this season, kasi puro almost first years ‘yung team namin pero as the season goes by naman, I witnessed the improvement of individuals as a player,” said Cistina. The Knights continued their losing streak from last season to their first two games of Season 94 which lowered the team’s morale.

But on their third game they took care of business and bagged their first win of the tournament against the Jose Rizal University. They also won their games against Mapua University and Lyceum of the Philippines University later on the season.

Cistina believes that the lack of consistency and maturity became their biggest downfall as some of their games were very close and could’ve gone in their favor if only they were able to close out the game.

From going winless last season to exceeding their expectations now, the team looks poised to have a better performance next tournament.