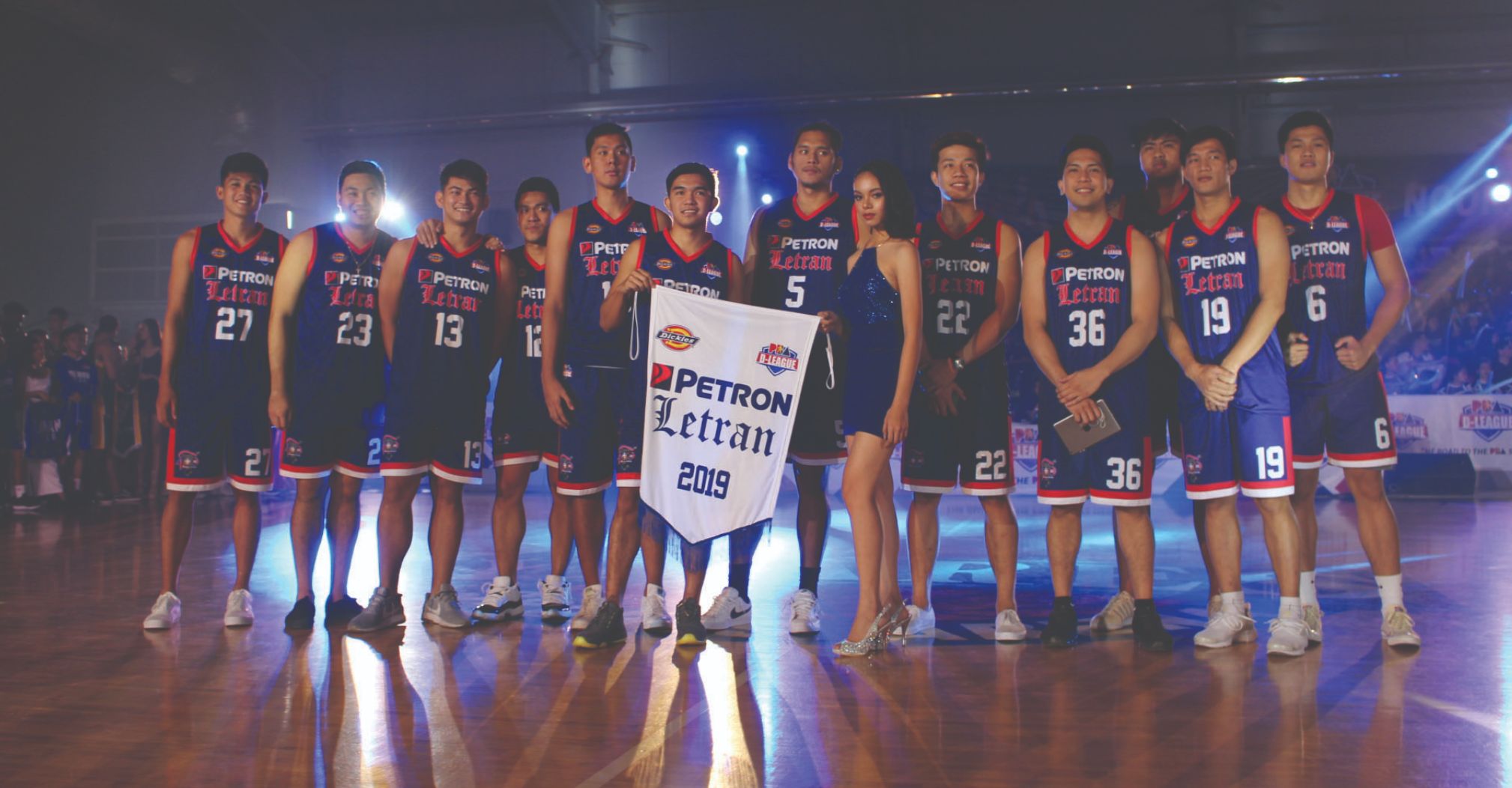 READY FOR ACTION. The Letran-Petron basketball team at the opening ceremonies of the PBA D-League at the Ynares Sports Arena in Pasig City. Photo by Angela Davocol.

As part of the team’s build-up for the National Collegiate Athletic Associaton (NCAA) Season 95, the Letran Knights forged a tie-up with Petron corporation as they take part in the 2019 PBA-DLeague.

On the other hand, after playing for Letran’s team B in past competitions, Allen Mina, Mark Sangalang, and former Squire Kurt Reyson will be playing in their first major league for the Knights.

Christian Pamulaklakin and King Caralipio will be joining the team after being left out in the team’s Season 94 roster while Jerrick Balanza will be playing his first game since his operation.

With Jeff Napa’s exit, former Lyceum of the Philippines head coach and Northport Batang Pier team manager Bonnie Tan will be calling the shots for the Knights.