Soaring high on and off the mats 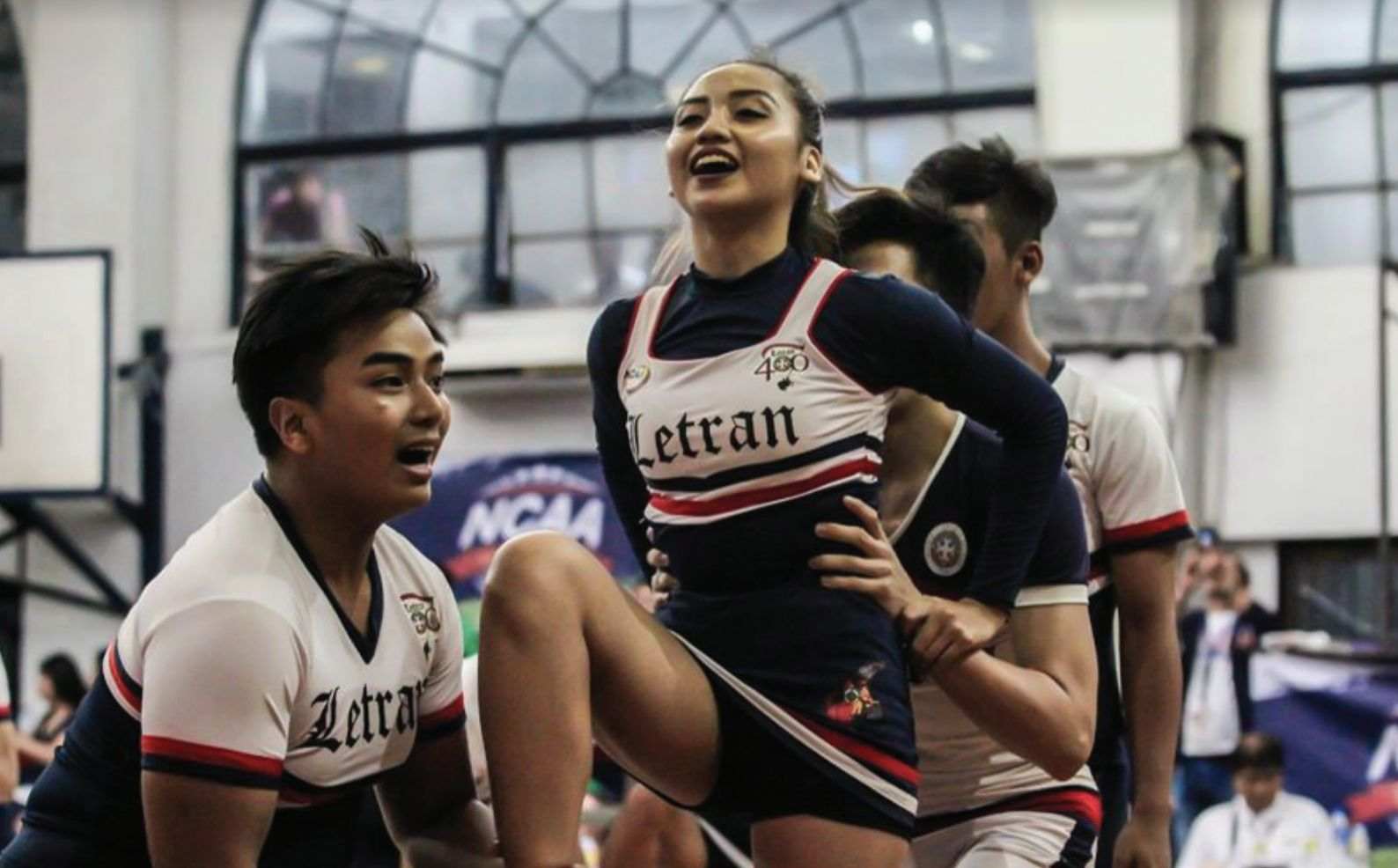 TAKEOFF. LCS captain Vivien Velasquez being set for a cheering routine by her fellow cheer dancers. Photo by Angela Davocol.

From watching cheerleading competitions on televisions and social media to now being the captain of Letran Cheering Squad, Vivienne Velasquez has proven multiple times on her young career that she is more than just a pretty face.

Growing up in Marilao, Bulacan, Velasquez first discovered cheerleading when she was 11 years old and admitted that she doesn’t know how she fell in love with the sport of cheerleading and all that she remembers is that she was amazed with what they do on the mats.

Despite her love for cheerleading, she did not want to join the sport because of how she looks at cheerleaders when she was young.

Due to her curiosity together with the help of a friend and first coach, Ronald Mendoza, she was finally able to build her confidence and give the sport a try.

Velasquez then had her first taste of action; performing in front of the St. Mary’s College of Meycauayan crowd during the school’s intramurals. By the age of 14, Velasquez competed at her first major tournament – the National Cheering Competition (NCC).

Despite the experiences she was able to gather at such an early age, she admitted that she had no intentions in pursuing the sport in the collegeiate level.

“He’s one of the reasons why cheerleading became my passion and why I love cheerleading. He told me na pagnakapasok ako madami pa kong matututunan and makakatulong pa ko sa family ko kasi may discount sa tuition,” she added.

The rest was history, though, as the fourth year tourism student is now the cheer captain of the Letran Cheering squad.

“Being chosen by the coach or elected by your teammates to team captain should be seen as a huge honor for any young athlete. Ako sobrang saya and nakakaproud kasi hindi ko inexpect na aabot ako dito.”

Velasquez admitted that she doubted herself when she found out that she was the new leader of the team, saying: “At first i doubt myself. I know I can handle the team but because I’m not that skilful kaya medyo nagdoubt ako,”

Throughout her career, she has proven multiple times that she can achieve what she wants with the proper motivation but still, she admitted that there were times that she thought of quitting because of the struggles.

But even with enough reasons to quit her philosophy kept her from walking away the sport she loves.

Now, the LCS is currently aiming for a podium finish in this year’s National Collegiate Athletic Association (NCAA) cheerdance competition with Velasquez leading the charge.

“We are aiming to be part of the podium finishers. That’s why we push ourselves to train harder every day and strive for more to be able to show and prove to everyone that we can,” she ended.