A leap backward on Juvenile Justice 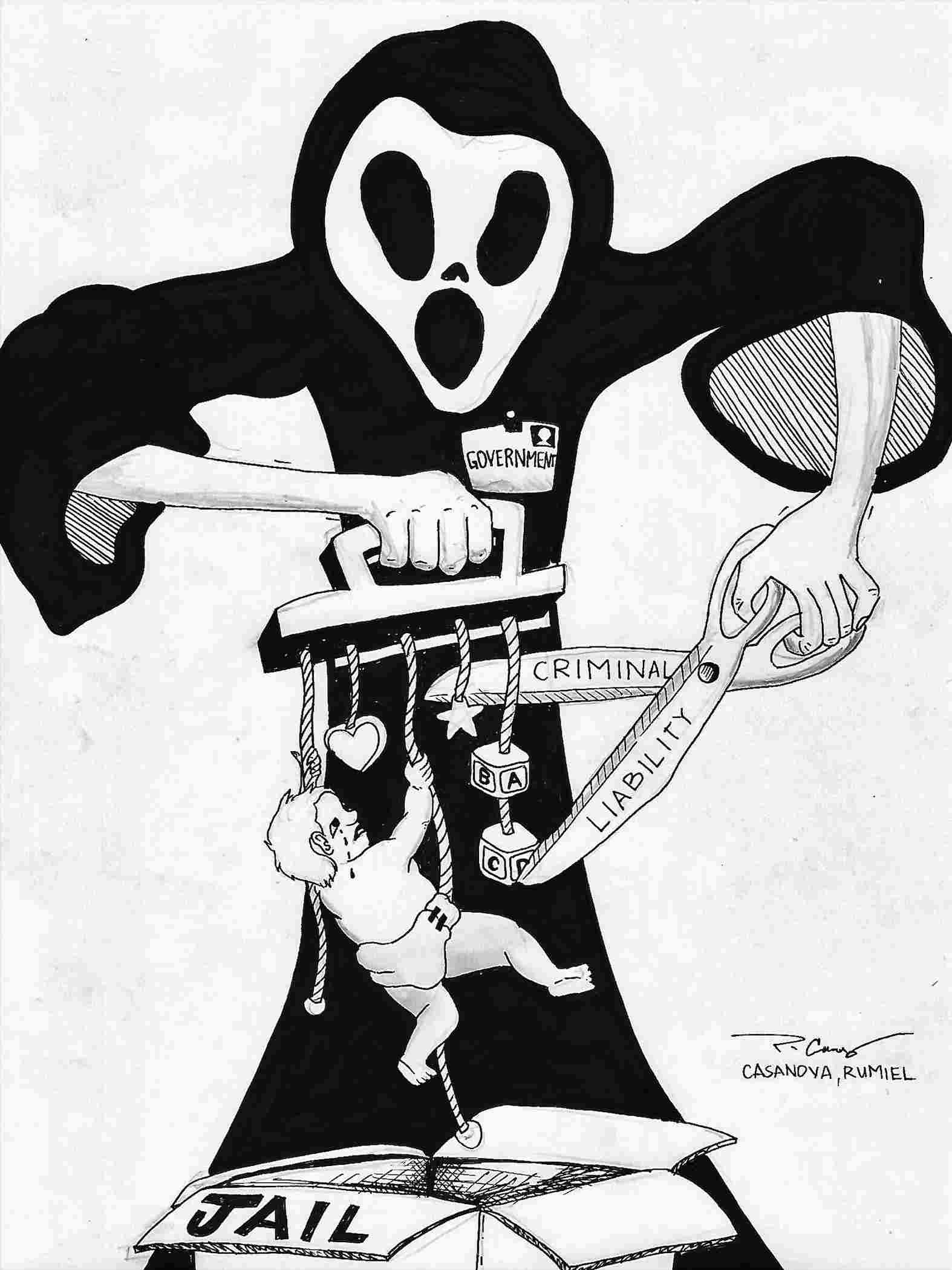 Making children criminals is not justice but a mere whitewash of the societal problems that the government is facing.

President Duterte has often criticized the country’s principal law on juvenile offenders, which is the Comprehensive Juvenile Justice and Welfare System Law of 2006. Last January, he said that it needs to be more responsive as drug syndicates are using this law to go around
restrictions covering young offenders.

With the alarming rise in the number of crimes involving minors, the House of Representatives recently approved House Bill 8858 which lowers the minimum age of criminal responsibility from 15 to 12 years old, which was initially aimed for a minimum age of nine but was later on adjusted in line with two similar bills discussed in the Senate.

Some politicians think that the best way to stop juveniles from committing crimes is through harsher punishment, but the key point is, raising the minimum age for criminal responsibility is nothing but a way to deceive their citizens into thinking that compromise, at some point is still in their political practice.

Let them be prompted that this oppressive legislation would not deter adult offenders from using children to commit crimes as it will only further strip the children of dignity and hope.

The LANCE condemns the lowering of the minimum age of criminal responsibility — this act is a blunt attack on the lives of the children. Criminalizing minors is a proof that the government has failed its duty or responsibility to fully implement the law. The bill seeking to jail children will not stop syndicates from using juveniles. With lack of youth care facilities for a long time, minors will most likely end up in prison — where they may be subjected to violence and abuse.

Children are already struggling with abuse and exploitation, thus, detention should be the last resort, not the first and only choice. We should be reminded that the moment we give up on our country’s children, we also fail as a society.

Moreover, the Colegio’s official publication also expresses its opposition on the attempt of railroading the amendments to the Juvenile Justice Welfare Act in the Philippine Congress as the proposal is against the children’s rights.

What needs to be done is for the law to be fully implemented and for local government units to provide services for prevention, intervention, and diversion programs for children so that both minor-aged offenders and their victims are assisted and supported.

Philippine Congress and duty-bearers in the government must punish the crime syndicates who take advantage of children, not those who need to be rescued and rehabilitated.

Instead, children must be given an environment that helps them reach their full potential where they are ensured of safety and security, not a place of fear and violence that deprives them of their needs and rights as an individual.