The face of resistance 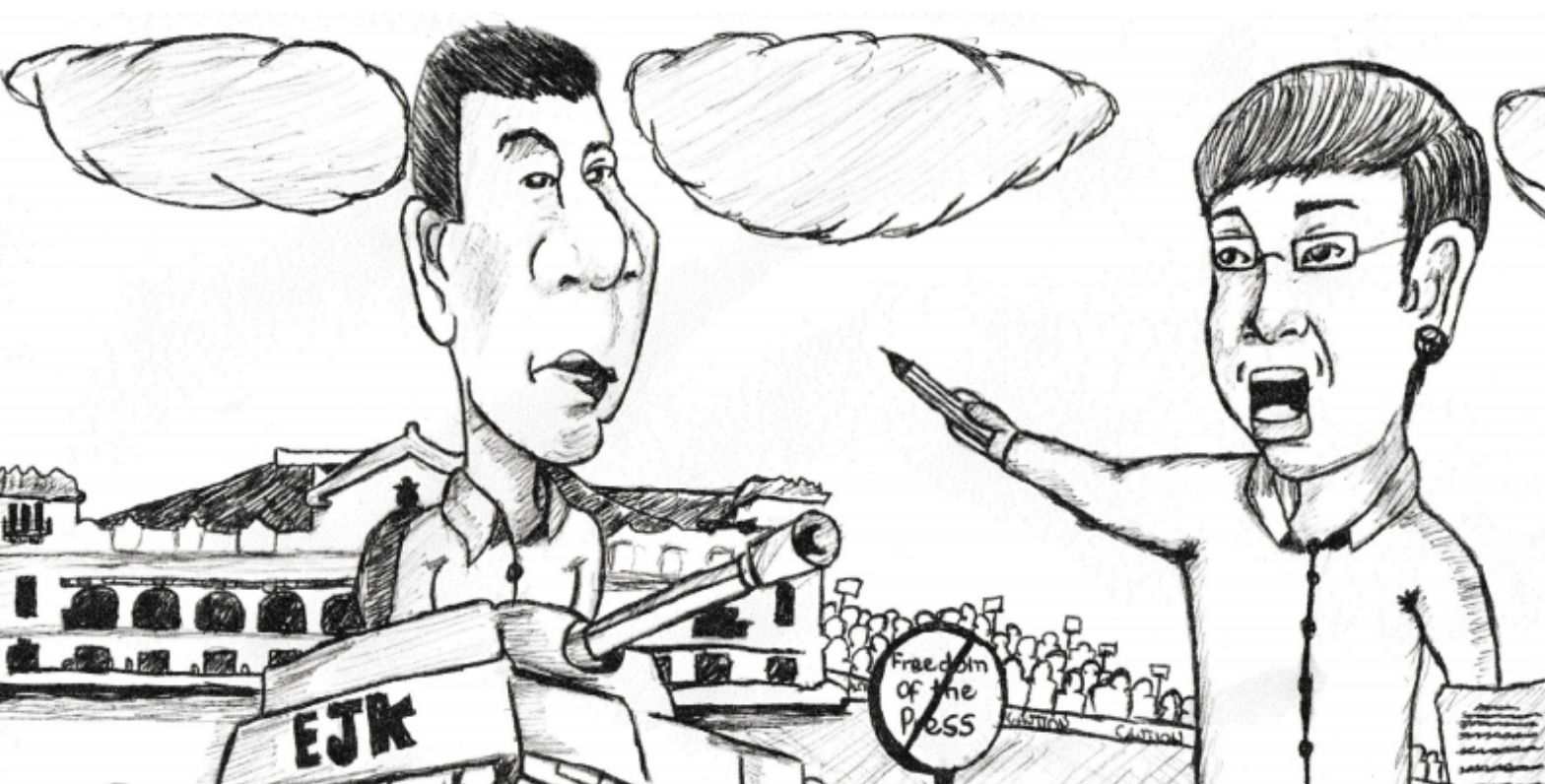 In a country where the global war on truth is at an alarming rate, it’s highly unusual for journalists – the supposed first line of defense for disinformation – to be under fire in their own territory, deemed as the press with their own freedom at the brink of ruins.

And for a much concrete example, the 55-year-old Rappler CEO Maria Ressa, under the scrutiny of the public for doing her job, stands tall in the face of risks and threats.

Along with other journalists in the same situation, Ressa was featured in the TIME Magazine as one of the 2018 Person of the Year, bearing the label of ‘The Guardians’ who deals with threats by doing their jobs as the purveyors of the truth. Featured with her in the TIME Magazine are Saudi Arabia’s Jamal Khashoggi, Myanmar’s Wa Lone and Kyaw Soe Oo, and the staff of the American magazine Capital Gazette.

Maria Ressa and Rappler, after covering President Rodrigo Duterte’s chaotic drug war and extrajudicial killings, has been the receiving end of hate for the past few years. Ressa, amongst all the dangers she had to go through, have managed to do her job as a journalist, therefore the feature in the TIME.

However, in the midst of the honor of being featured in the magazine, Ressa has been facing multiple charges by the Department of Justice (DOJ). Recently, Ressa posted bail for evasion of taxes, and is expected to be arraigned on February 2019. The Rappler CEO also claimed that these charges are “politically-motivated”, considering Ressa’s relationship with the government of the Philippines, especially with the President.

She also added the fact that even after being a war correspondent for years, it isn’t as difficult compared to the bullets of misinformation and attacks from the Philippine government and its supporters. Ressa, along with her colleagues, have been experiencing lots of ‘direct assault in their freedom as press’, according to the Committee to Protect Journalist (CPJ) in the current situation of journalism not just in the Philippines but also in the entire world.

In a report by Philippine Center for Investigative Journalism (PCIJ), Center for Media Freedom and Responsibility (CMFR), National Union of Journalists of the Philippines (NUJP) and the Philippine Press Institute (PPI), almost 85 attacks against journalists were recorded since President Rodrigo assumed office in 2016. This was posted last May, yet the numbers have exceeded the number of attacks recorded under the last four presidents before him.

This tackles not just the oppression of press freedom in the society today. We, as The LANCE, wouldn’t be silenced and put into the sidelines when it comes to the betterment of the students of the Colegio. The situation of having freedom as journalists and campus journalists is as much risk as going into war while under the eye of the Duterte regime.

The LANCE, as a student publication, will remain to be autonomous and independent at the same time, especially being the promoters of truth in the service of our fellow students.