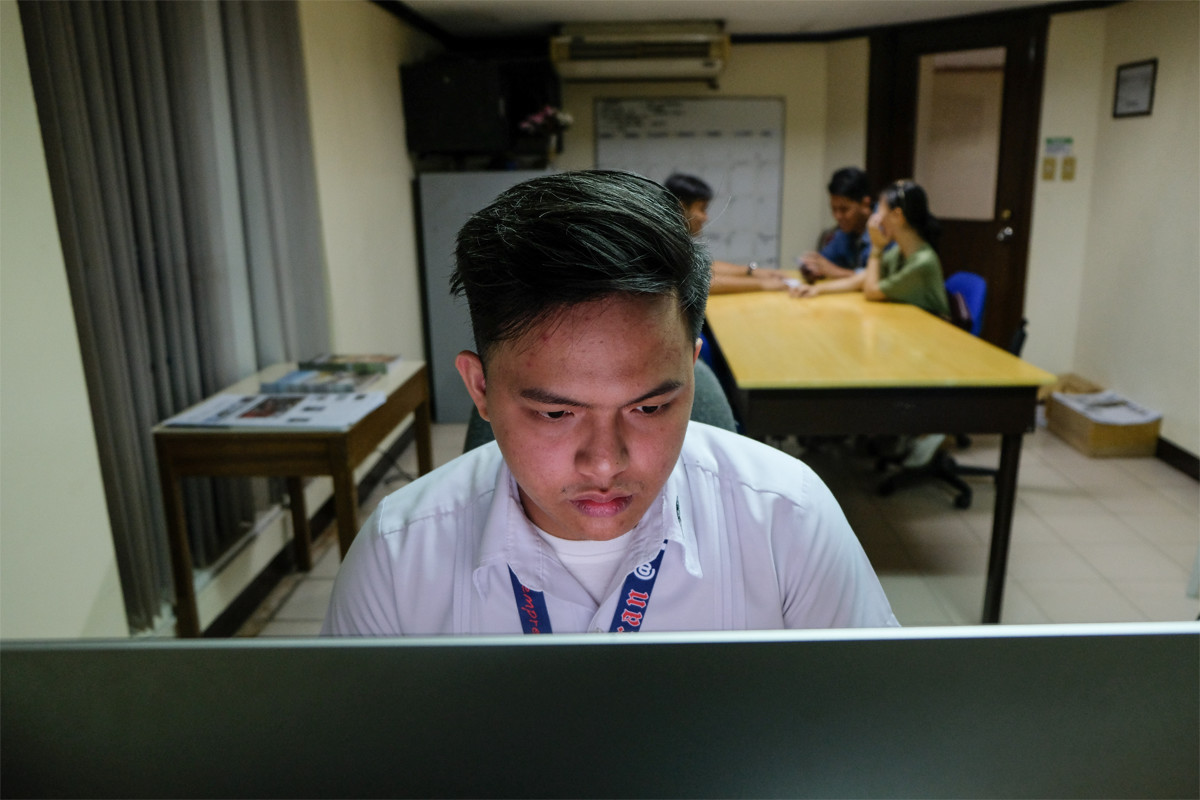 THE OFFICIAL collegiate publication of the Colegio appointed its new Editor-in-Chief last December 20.

Through the decision of the editorial board together with their adviser Asst. Prof. Louie Benedict Ignacio PhD., The LANCE appointed Jonash Dannug to officially take Teejay Obsequio’s post as Editor-in-Chief.

The appointment was then approved by the Office of Student and Welfare Development (OSWD) Directress Asst. Prof. Catherine Sanchez.

Dannug will serve as the publication's Editor-in-Chief and Sports Editor simultaneously.

He then guaranteed that The LANCE will continue to fulfill a truthful service that Letranites deserve.

"Ako, I will just do my job. I am not gonna lie. This is a very big responsibility and magkakaroon din ako ng shortcomings," Dannug admitted.

He also acknowledged the support of the publication staff as he believes in their full cooperation and collaborative effort.

"We started this academic year strong, so my mindset is to finish stronger," he added.

Dannug entered the publication during his sophomore year and applied as a sports trainee. In the following year, he took the contributors' examination and became a sports writer.

He also served as the Editor-in-Chief in a desktop publication class newspaper, where he managed to learn about the organizational structure of a publication and acquired experiences. The fourth year Communication major also placed second in the 2018 placement examinations behind Obsequio.

However, Obsequio said that he has been eyeing Dannug to take his post.

"I can vouch to anyone na Jonash could stand for the publication. Iyong passion, assertiveness, and willingness ng bagong Editor-in-Chief nandiyan," the former EIC assured.

He also said that he is confident with Dannug as he knew that he never settles for less.

"The LANCE is now on a better track," Obsequio said.

Furthermore, Obsequio explained that his unexpected exit was rooted in the fact that he was an irregular student.

"In an agreement with one of the administrators of Letran, I have agreed to set aside courses in my program and instead take general courses. Siyempre ang effect is chasing what is no longer there," he said.

The former Editor-in-Chief realized that he needs to pursue what fulfills and excites him as things in the Colegio fell out of his control.

He then acknowledged Associate Editor Louie Baharom and Art Director Jeremy Guinid together with the online team.

Obsequio produced six issues during his term and was able to manage the publication through his aim of sharing captivating stories and informing objectively, echoing the students' clamor boldly.