EDITORIAL: Tyranny is a Thousand Pesos 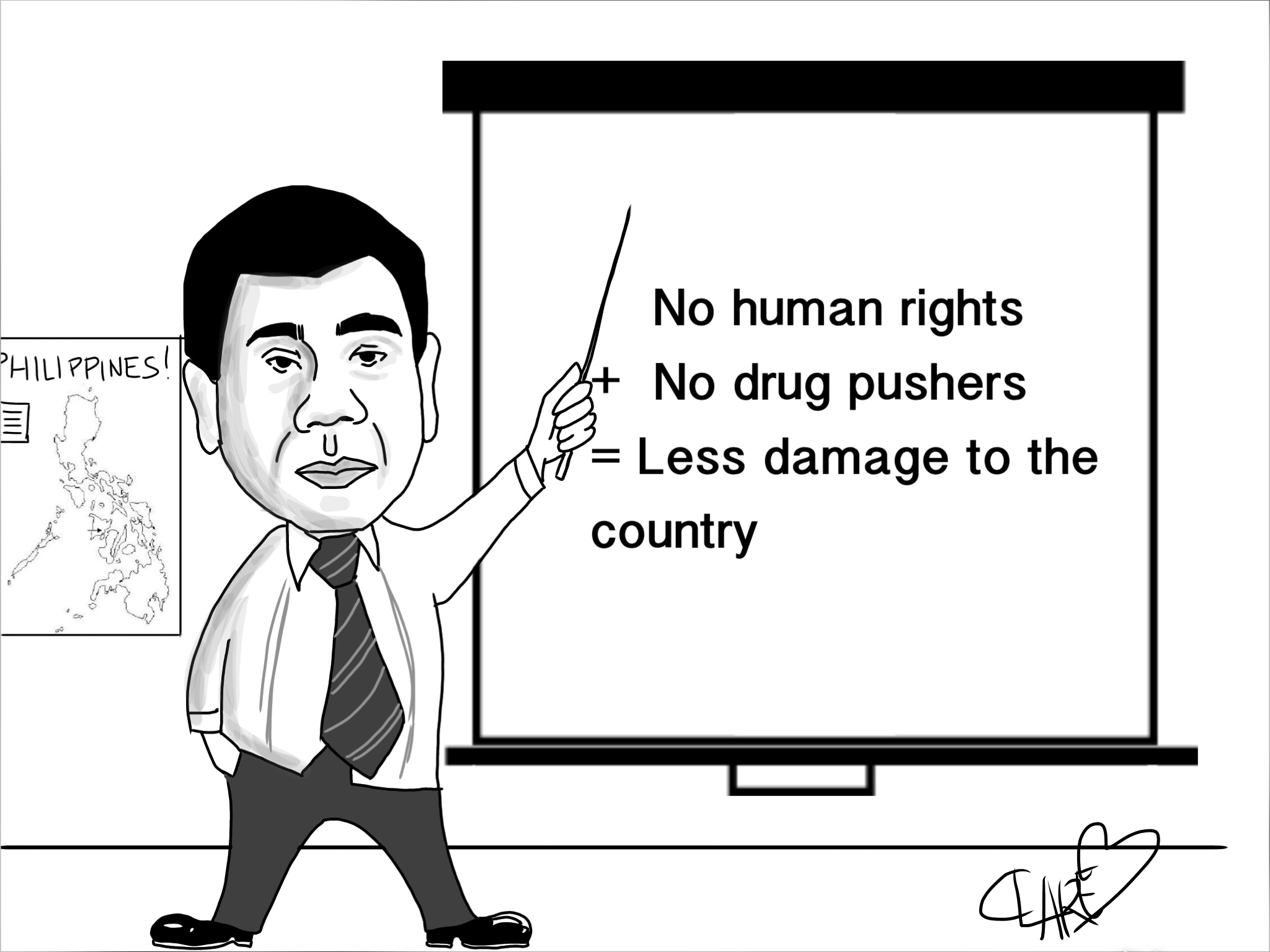 With over 12,000 dead in President Rodrigo Duterte’s ‘war on drugs’, members of the House of Representatives voted in favor of a measly 1,000 peso budget for the Commission on Human Rights (CHR) for 2018. As per House Speaker Pantaleon Alvarez, the CHR, which is tasked to safeguard the population from rights violations carried out by state forces, had only been serving the interests of the supposed “Yellow” opposition, at the behest of its chair in Chito Gascon.

A week after the initial vote in the Lower House, Congress leadership backpedaled. The CHR budget, along with that of the Energy Regulatory Commission and the National Commission on Indigenous People, would be restored after all in the upcoming year.

Belying concerns that the decision came after opposition lawmakers’ condemnation over the vote, House Appropriations Committee Chair Rep. Karlo Nograles said House leadership had restored a budget of P508 million to the commission after Gascon met with himself, Speaker Pantaleon Alvarez and Majority Leader Rodolfo Fariñas.

The reinstatement of this budget may very well allay fears over a depleted budget for the CHR, but the trouble herein lies as follows: the very people tasked to contend and fight our human rights had to mull it over to begin with.

In this most recent vote for the CHR budget, a total of 119 solons voted in favor, while only 32 were counted to object in the deliberations held last September 12. Had it not been reinstated, the budget will still have to be passed to the Senate for another round of deliberations.

The controversial vote comes a month after House Speaker Pantaleon Alvarez flirted with the idea to give the Commission zero budget if it cannot entirely shut them down, owing to the fact that the CHR is a Constitutional body. President Rodrigo Duterte, for his part, has never been one to shy away to air his grievances with the CHR, even calling for its abolition in no less than his State Of the Nation Address last July 24.

This only serves as a harrowing glimpse to what has been a year-long antagonizing of the concept of human rights. It is disturbingly apparent, in the discrepancy between those legislators who favored and opposed the budget, that the upholding of basic human rights has regressed into a peripheral concern in Rodrigo Duterte’s Philippines.

But why should you, students, children, sons and daughters of this nation, be alarmed?

With the wave of killings now victimizing young teenagers like Kian Delos Santos, Carl Arnaiz, and Reynaldo De Guzman, the scrutiny surrounding these deaths should have been enough to prompt an effort from the government, wracked with criticism from opposition lawmakers, to cast any aspersions about the supposed neglect to preserve the rights of all citizens. And yet Congress, populated by a supermajority aligned with Duterte, chooses to stoop as low as this, at a juncture of this presidency when public condemnation is directed at the ostensible slaughter in the streets.

The message sent is all but clear--quite nearly as telling as the photographs supermajority legislators took, complete with fists clenched a la Duterte, after the budget deliberations.

Now, the need for a stronger institution in the Commission on Human Rights is made all the more prevalent. With seemingly deliberate attempts at stamping out any opposition to the bloody Anti-Drug Campaign, it is important that citizens recognize the role of this Constitutional Body. It is imperative that the youth of the Republic take into consideration the CHR’s role and guarantee to the Filipino people; that of it being a safeguard for each citizen who may be victimized by forces of the state such as the police, the courts, the army, and other government entities.

The continued existence of the Commission on Human Rights, despite its flaws, is a promise of protection to each of us, even to the President and his House Speaker, whose indignation for the Institution has become a tragically comical fixture in their public speaking.

We at The LANCE are categorically opposed to any legislation that may cause detriment to the performance of the Commission on Human Rights, as any measure to strip it of substantial financial support is akin to abetting this merciless spate of extrajudicial killings, thousands of which have been done under the pretense of this administration’s War on Drugs.

In our capacity as students, we cannot allow these attacks on our basic human rights to be swept under the rug. We urge you to begin dialogues with your peers, your elders, and even your local representatives. The votes they cast this September 12 are public domain, and may be seen with the help of the Internet; use this information, and reevaluate whether or not they truly represent your concern for the rights of others adequately in their positions in power.

The beauty of our democracy is that we are provided the agency to organize and take action--should the need for it ever arise. Ultimately, what defines us as a people is how we make use of these privileges, and whether or not we stand up firmly and unyielding to any threat, however vague this threat may be, that is perpetrated in the name of tyranny.