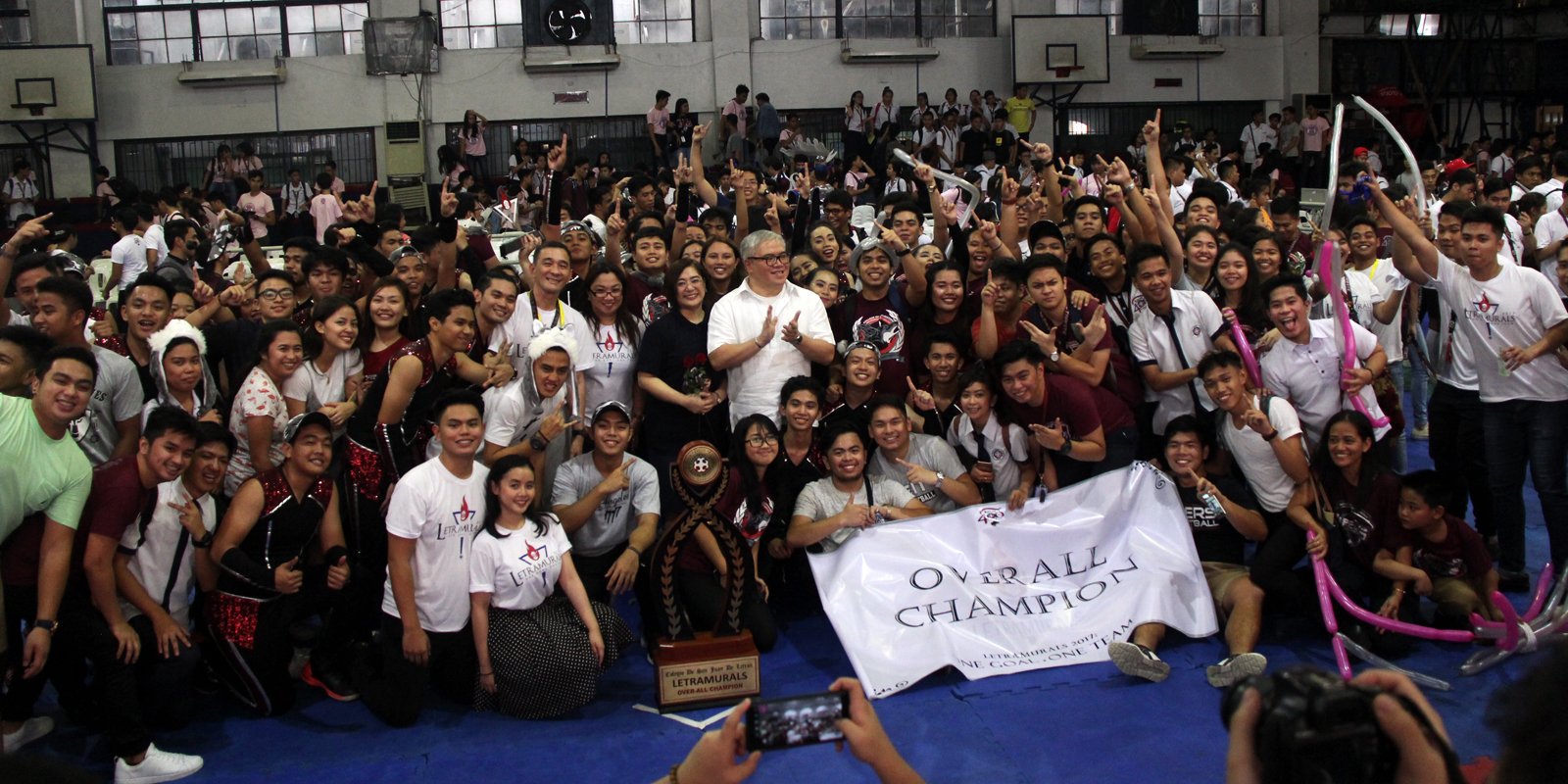 The College of Engineering and Information Technology (CEIT) reigned supreme in this year’s Letramurals as they snatched the overall title.

Dubbed as the House of Innovation, CEIT completed the last piece of their championship puzzle after winning the cheerdance competition during the closing day of Letramurals, leading the overall tally with 290 points.

The team also captured the crowns in the billiards and chess competitions, wherein they scored a total of 35 and 25 points, respectively. The team’s presence was also felt in basketball, men’s volleyball, and bowling as they acquired runner-up finishes in these events.

Overall team captain Wilson Buena, who also played a vital part in the team’s basketball campaign, explained the key to their success.

“Tiwala lang sa isa’t isa, and we got that not only from our players from each event, but [also] from the whole department,” Buena said. “From students to professors, lalong lalo na sa dean namin (Asst. Prof. Carlito Gutierrez) na sobrang supportive,” he added.

Indeed, CEIT’s campaign would not be fruitful if not from the support of its sixth man.

The success was not only earned by the participants in the games. It was, after all, made possible by each and every member of their institution. In line with this year’s merging of teams, the House of Innovation was composed of the Maroon Vipers and the Grey Wolves, who are part of the original ten colors of the Letramurals.

However, the team proved that teamwork beats anything. Talent and skills alone would not be enough in capturing the prestigious feat; it required hard-work and dedication. And for the entire existence of the annual Letramurals, the Engineering and IT students have finally claimed the throne this year.

“We were there not to compete, we were there to win it all. This year was ours, no doubt,” Buena ended.