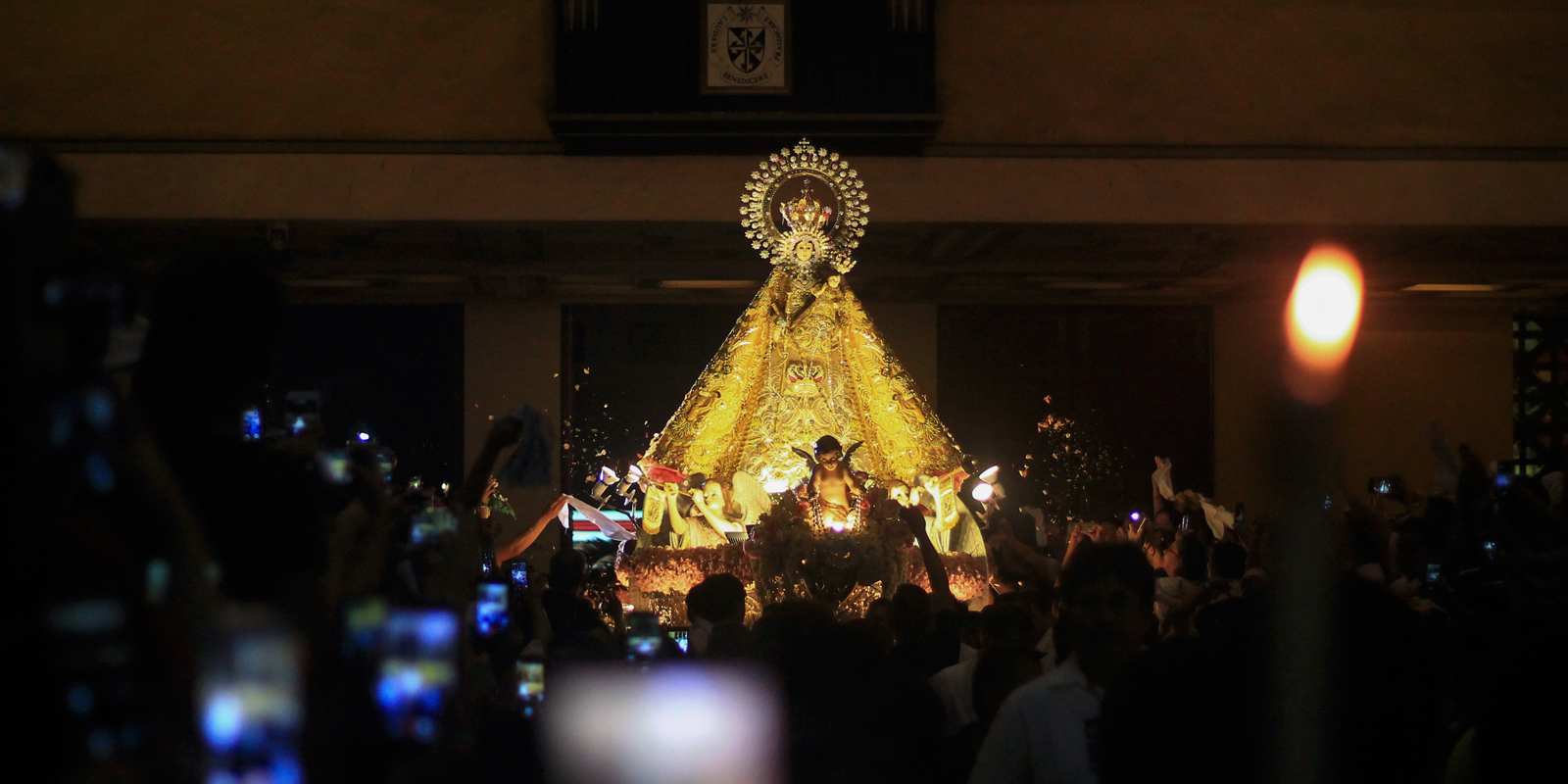 As a Dominican institution, the Letran community attends this year’s La Naval mass and procession in honor of Nuestra Señora Santisimo Rosario (Our Lady of the Most Holy Rosary) La Naval de Manila. Students from the senior high school and the collegiate level participated in honoring this event.

This year’s theme, “Maria, Ina ng Kristiyanong Sambayanan” was in line with the Catholic Bishops Conference of the Philippines (CBCP)’s theme “Year of the Parish.”

The vicinity of the Santo Domingo Church, the national shrine of Our Lady of the Most Holy Rosary is jam-packed with Marian devotees as well as other students from schools such as Colegio de San Juan de Letran – Calamba, University of Santo Tomas, Sienna College of Quezon City, and Angelicum College.

The celebration of the feast day of Our Lady of the Most Holy Rosary – La Naval de Manila is celebrated every year on the second Sunday of October and the festivities start from her regal enthronement on the 28th of September at the Baldacchino in the Church of Santo Domingo followed by a series of novena masses. The Thursday before the Solemnity of Virgin of La Naval is Letran’s traditional day of honoring the Queen of the Most Holy Rosary as she is the Patroness of the Colegio.

This year, the La Naval celebration culminated on the 8th of October with the traditional grand procession of the Gran Señora with the Dominican Saints and Saints of the Rosary.

The first La Naval celebration was held 371 years ago in celebration the naval victory of the Spanish and Filipino Catholic forces against the invading Dutch. It was started by Spanish church leaders in a way of thanksgiving to God and the Holy Mother and it was held on the October of 1646 in Intramuros, Manila