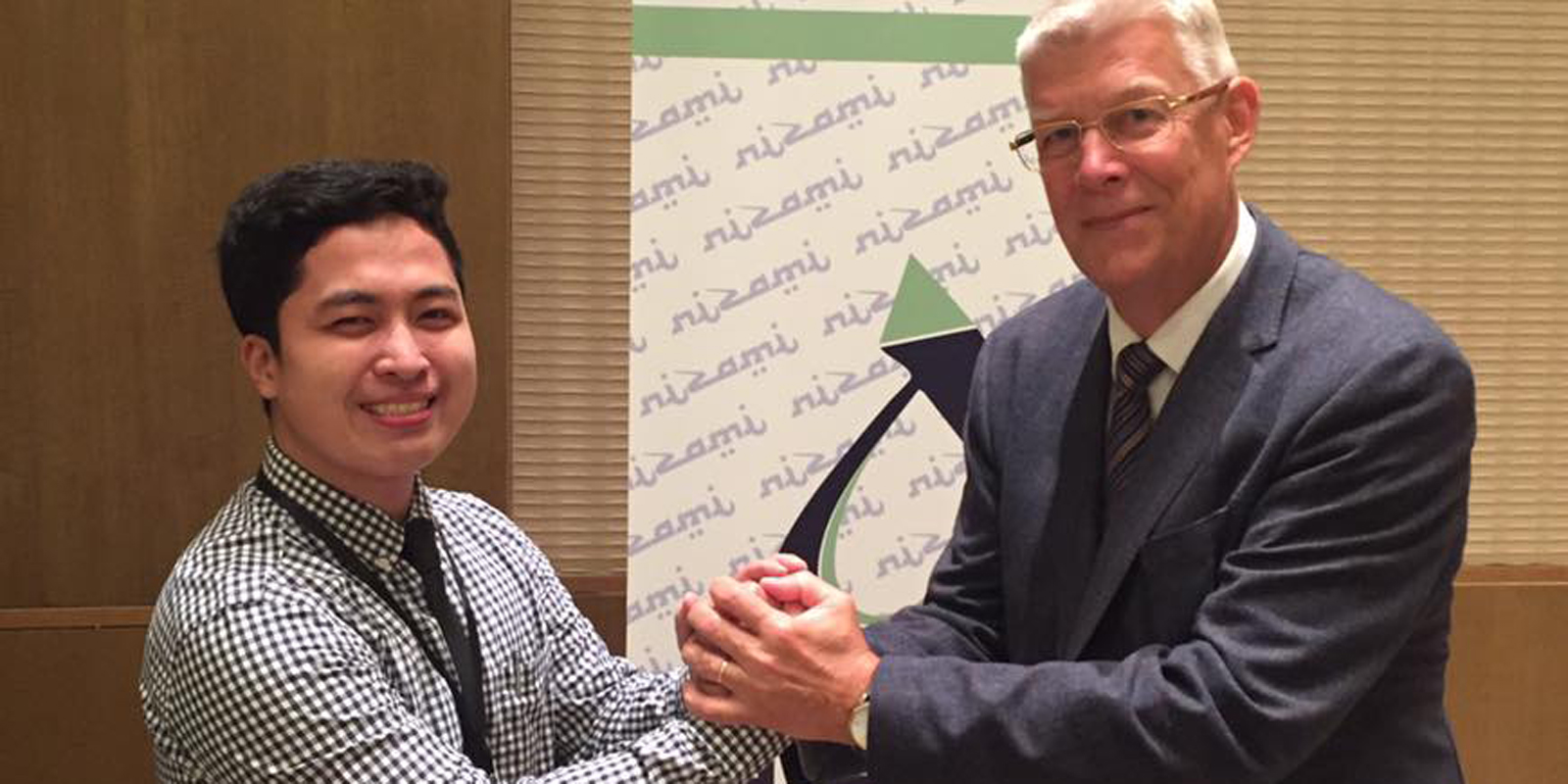 Rogie Nichole Aquino together with the former president of Latvia during the Global Young Leaders 2017.

Today’s society faces a lot of problems, from social, to economic and educational aspects of a specific nation as well as its neighboring countries. This is the reason why the United Nations Educational, Scientific and Cultural Organization (UNESCO) declared its purpose to help promote peace and security as it contributes to scientific and cultural reforms that will affect people positively in the long run.

As the organization proposes its willingness to open its doors to anyone who has a heart for the cause that they promote, Letran Student Council Secretary Rogie Nichole Aquino (LSC) took a big leap and associated himself to UNESCO by wholeheartedly accepting the duties and responsibilities that a member of UNESCO has.

As an advocate for climate act and youth empowerment for quite some time, Aquino’s determination and concern for people of every nation has transpired him to be an excellent youth leader, and be acknowledged by an organization as big as UNESCO.

According to Aquino, there was no application for such a role in UNESCO. After a fine moment of deliberation, the organization chooses a number of individuals who are deemed fit for promulgating their cause.

As Aquino was deeply honored by the award given to him by the organization, it became hard for him to balance his duties as part of the LSC, being a student assistant, and most of all as a student; his departure to Baku, Azerbaijan pained him because of the numerous activities that he is going to leave in Letran that time.

Aquino shared that he wants to create a lasting legacy to our country by supporting public and private institutions in solving societal problems such as poverty, poor education, and corruption. He also envisions a brighter future for by establishing a bridge to every Filipino youth.

With all the recent successes, Aquino left a message, encouraging others to walk towards their own version of success.

“Dream big. Don’t settle on your comfort zone. Don’t be afraid to fail. I’ve been doing a lot of things lately and out of the 10 times I tried some new things, I failed 8 times,” he said.

“Failing is a great avenue for us to learn and grow. The key for us to become a better version of ourselves is experience. Value the process not just the goal. Be passionate about what you are doing and make your own mark as you climb your way to success,” he ended.