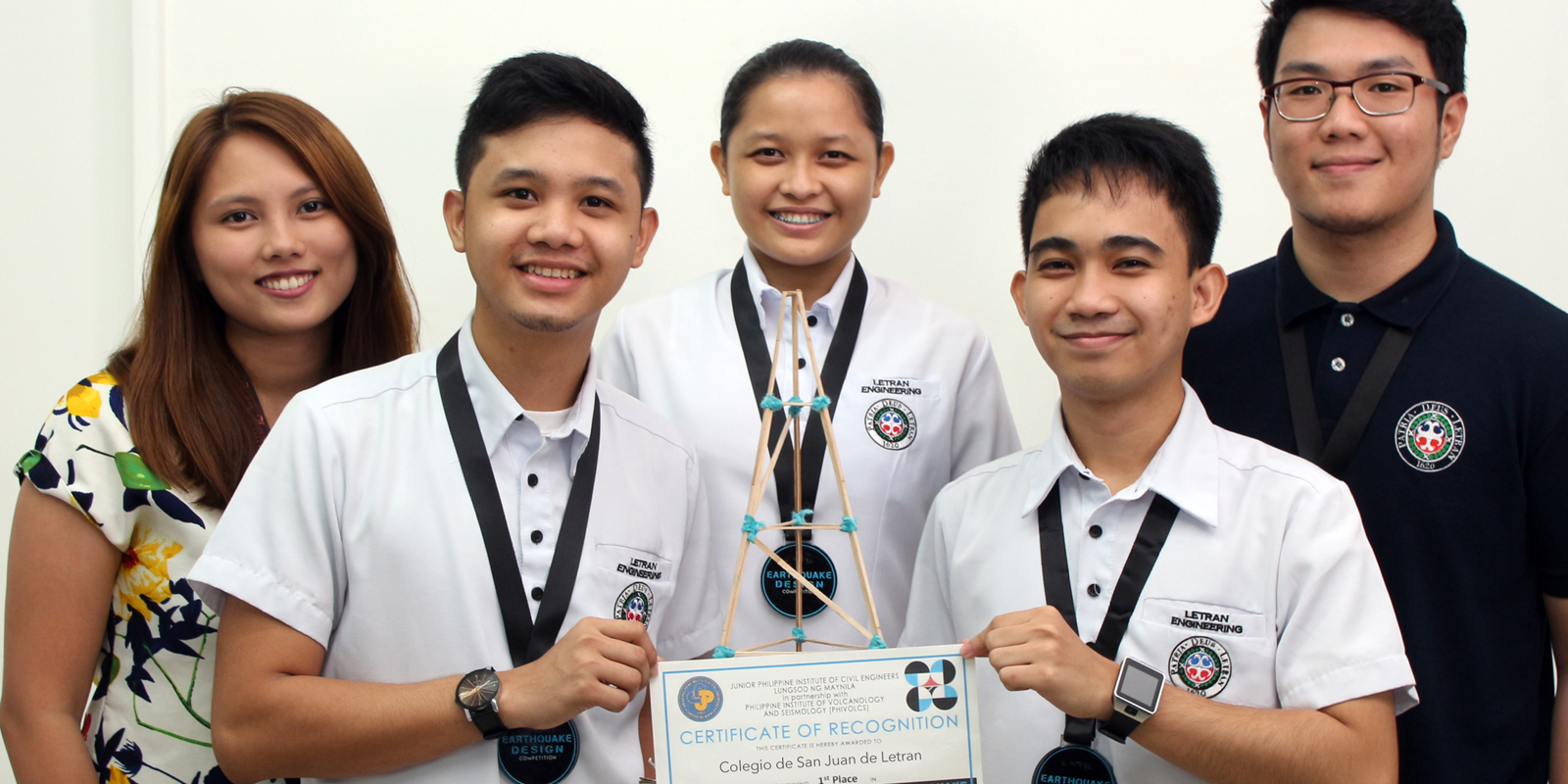 College of Engineering and Information Technology's (CEIT) Civil Engineering students once again brought pride to the Colegio as they defended their championship title in the Contrive 2017 last September 17.

Contrive 2017 was composed of four design competition of first ever Rube Goldberg and Earthquake Design Competition to unleash the blood of a Master Designer among the Engineering students of Metro Manila.

In this series, the participants were plunged into challenges that enhanced their strategic skills and design wit. Also, this training helped them to translate all the theories into practice with these experiences.

The first AutoCAD Competition, the first phase of the design competition series (CONTRIVE 2017) of JPICE-LNM was held at MicroCADD Institute Inc. Office Cubao Branch and supported of Microcadd Institute Incorporation.

Paul John Alilio, John Louie Natanauan, and Jerimiah Viado were able to defend their crown as champions for the Bridge Building Competition. Last year, they were crowned as champions.

WINNING FOR THE FIRST TIME

On the other hand, Janine Uy, a fifth-year Civil Engineering student, said, “Since first time po namin sumali, and a lot of school participated we didn't expect na manalo. Our theme is recycling, so almost all of our materials were recycled, so 'di maganda visually unlike sa ibang participants." Not knowing what will be the outcome as they joined the event, Uy and her team still strived to do their best. “But we followed the criteria for judging and made sure na makakapag-present kami knowing na hindi kami mababawasan nang malaki 'yung score for judging."

She then gave gratitude to the people who guided and supported them. “[Thank you to] all the 5th year Engineering students [who] helped in the making of our structure, even our Civil Engineering faculty,” Uy ended.

Every year the Colegio supervises a competition for Civil Engineering students to look for students who will represent the Colegio for the JPICE-LNM Competitions.

Annually, (JPICE-LNM) aims to foster solidarity and cooperative friendships within the 15 Civil Engineering Universities and Colleges in Manila.