Merging of teams in Letramurals: Good move or not? 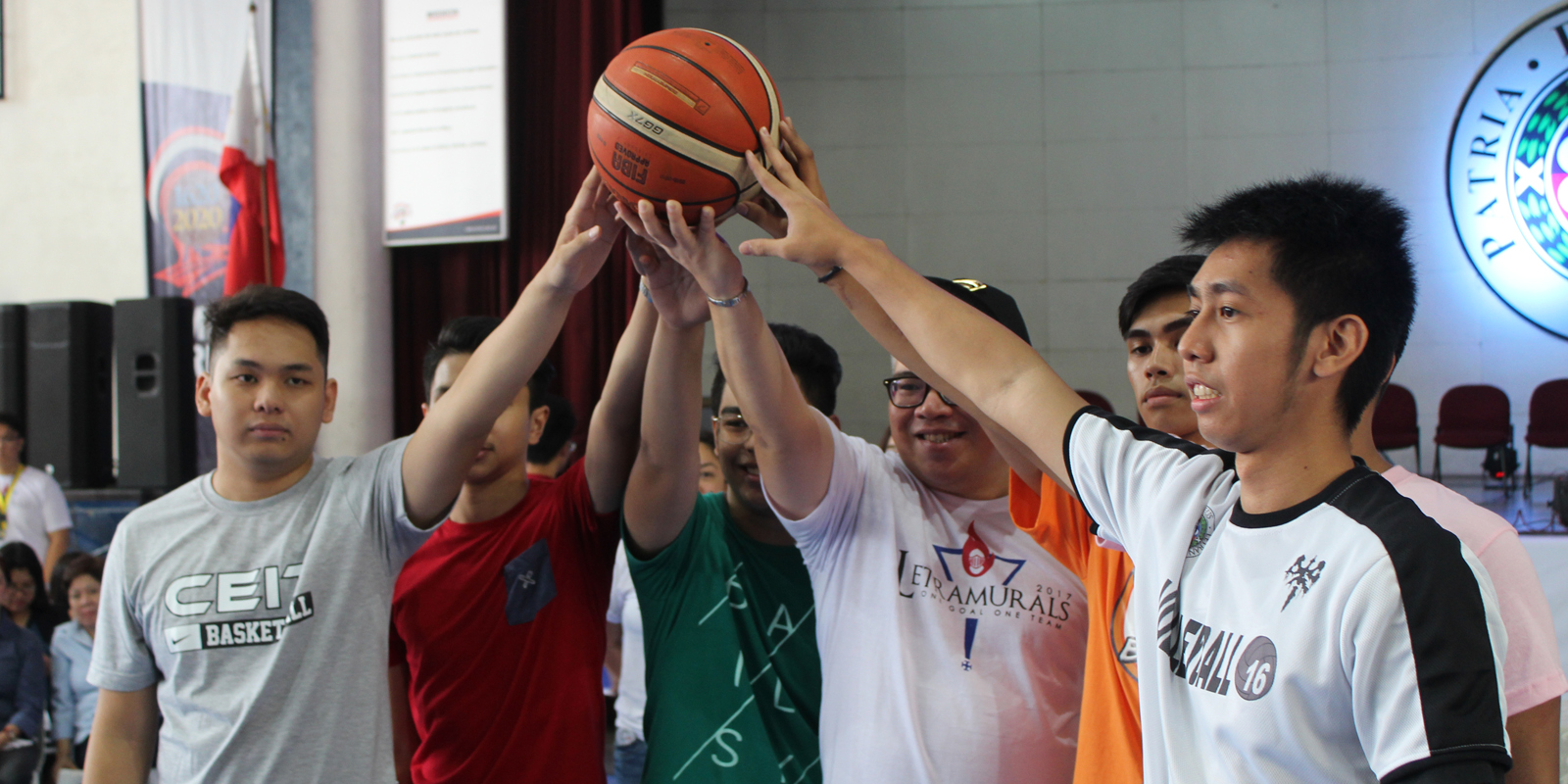 CEREMONIAL TOSS. Fr. Clarence Marquez together with team captains of the six houses lift the ball in the opening ceremonies of Letramurals 2017. Photo by Miguel Garra

From the original ten-team format, this year’s Letramurals will only see six teams competing in the annual sporting event. The Office of Student Welfare and Development (OSWD) revealed that the teams will be merged according to their respective colleges and departments.

The question is, will it promote collaborative effort among teams or decrease a team’s competitiveness?

The LANCE asked students about their sentiments on the matter, interviewed the organizers, and extracted the information gathered to create an analysis of this merger.

Students from different departments have shared their thoughts and sentiments about the said matter.

Fourth-year Accountancy major Samantha Billones said that the merging of teams will be an advantage to the competition. As part of the Green Basilisks, Billones bared, “We get the chance to mingle with Purple Phoenix, which makes the competition more exciting. I believe that the new Letramurals will be an unforgettable experience for us Letranites.”

Contrary to what Billones said, senior Psychology student and Blue Orioles Cheering Team member Brenjo Lupo, shared a different opinion. “In terms of camaraderie, I believe that the whole CLAS isn’t as close as the other departments knowing that there will always be that feeling of separation in the team,” said Lupo who is referring to the College of Liberal Arts and Sciences which originally houses three teams merged into one.

Still, he cleared that, “Maybe because it’s within the nature of the Orioles - the welcoming yet competitive vibe. To keep that legacy alive, we welcome [the changes] because we still wanted to play and perform as a team with the help of others.”

On the other hand, Civil Engineering student Jermaine Gayao commends both OSWD and the Student Council for the changes they made for this year’s Letramurals.

According to OSWD Directress Asst. Prof. Catherine Sanchez, the aim of this merger is due to the declining number of participants per team since having only junior and senior students in the Collegiate level.

The merging experience grants each team to show and build their innovation, execution and collaboration skills. This helps opposing teams get acquainted with one another.

Yes, the overall champions will not result to a conflict when the coronation comes, since teams are merged into their respective colleges. However, internal communication and team image are also potential issues in the merger.

The most important yet overlooked fundamental trait that every team must possess is having a strong identity. A team’s identity is what carries them through any competition. Undoubtedly, identity gives a team the opportunity to know its commitments and contributions.

With teams merged in Letramurals 2017, how will teams identify their respective identities since they are now formed by two or more groups?

Creating a new team identity is a crucial step. In that concept, one can already think of a handful imminent clashes among teams. Also, mergers of former rivals can be worse.

In the midst of mergers, some teams are consumed with their own goal and not inclined to help their so-called contenders-turned-companions.

The operation of the integration – from the teams to the competition might have minor adjustments which make it challenging to adapt at first. Still, the merging is not the biggest concern for this year’s Letramurals.

This might mark the end of the identity of the original teams, but it could be the beginning of something even better.

Hence, the change brought by this merger opens the door to all kinds of innovation and serves as a great laboratory for showcasing and sharpening the students’ collaboration skills, while also solving the problem of having lesser students.

Should this merger be considered in the upcoming years? We’ll see.