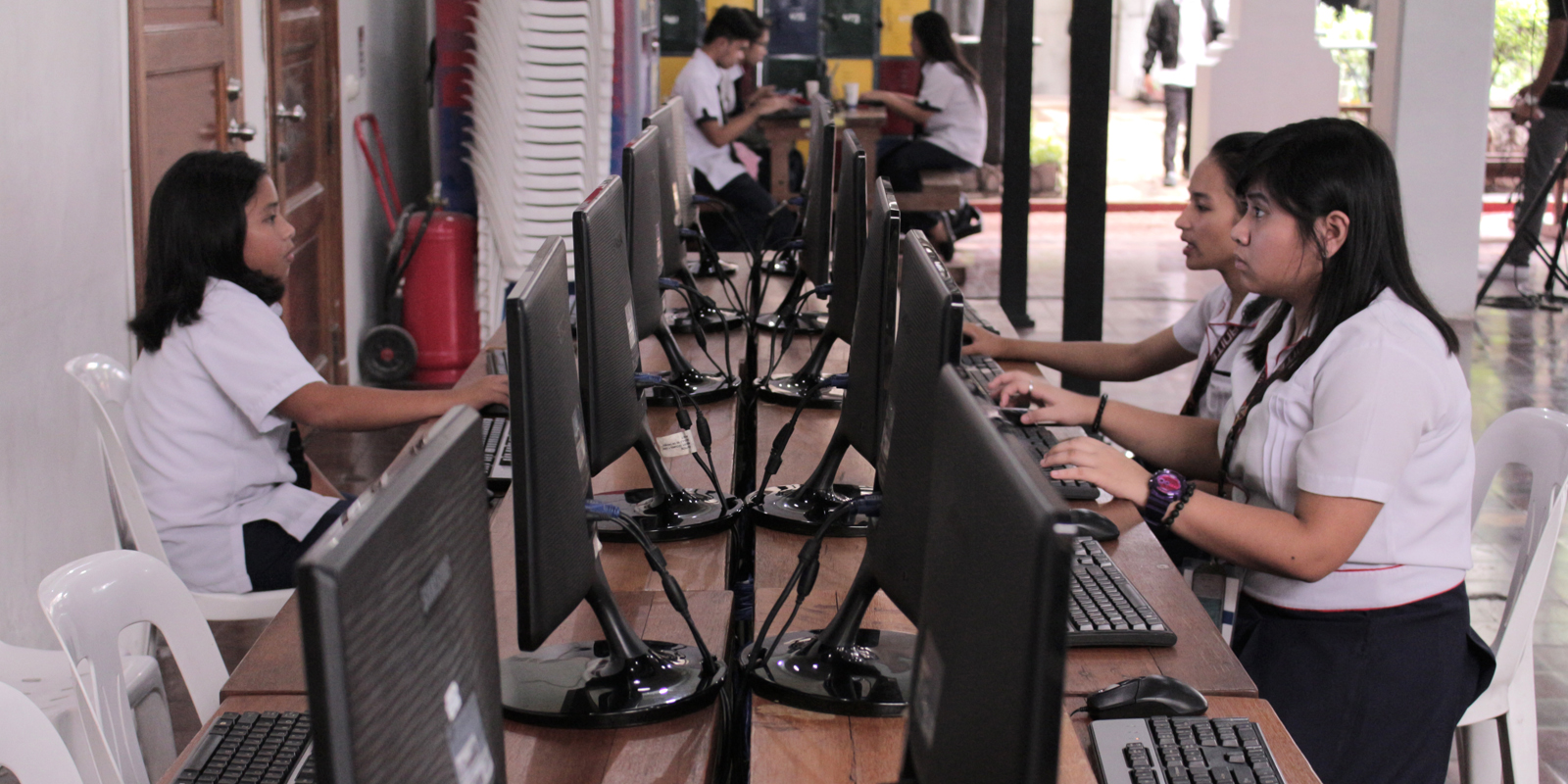 Before computer units at the Salon de Actos make a return, a proper venue should first be present.

This was the explanation Assoc. Prof. Grace Hilario, Directress of the Information Technology and Media Services( ITMS), provided in an interview with the LANCE.

Computers have been removed at the Salon de Actos by the Information Technology and Media Services (ITMS) last July, during the first semester of ‘AY 2017-2018. Much to the dismay of the students who regularly use these PCs, an exact date of the return of these units has yet to be provided.

According to the Directress of ITMS, Assoc. Prof Grace Hilario, the reason why the computers were removed is because of the demolition of the old ITMS office to give way for the expansion of Salon de Actos.

Hilario said that one of the reasons why the computers are not back yet is because they are also planning to improve the appearance of the computer tables used at the lounge,

For the meantime, Hilario says that students who really need to use computers may request a reservation to the ITMS, at the 3rd floor of the new building, as their office is widely open, and so that the computers inside their laboratory may further be utilized by the Letranites.

Hilario explains that everyone is welcome to their office “Open naman ‘yun (ITMS office) for students kahit hindi computer subjects ‘yung klase nila, for learning purposes,” Even the Mac lab is free to use as long as there is a reservation request coming from a student or a faculty member.

Letranites, most especially the collegiate students, are already fond of using the computers at Salon de Actos whether it may be for emergency purposes, or just to kill time during their break periods. Kevin Manalac, a 4th year AB Communication student is one of those who look for the computers “Hindi ko alam kung bakit nila tinanggal (ang mga computers) eh super convenient niya sa lahat ng mga estudyante, lalo na doon sa may mga urgent na needs.” He stressed.

Manalac further explained that if a student needs to do an academic-related activity, and the time forbids him or her to go out and look for an electronic device to use, the computers at Salon de Actos were always there to back the student up “Ang tanong ko lang eh bakit nila tinanggal eh dapat mas prioritize nila ‘yung mga students kasi nga, school ‘to kaya mas kailangan ang mas maraming gamit para mas madali ‘yung kanilang buhay,” he added.