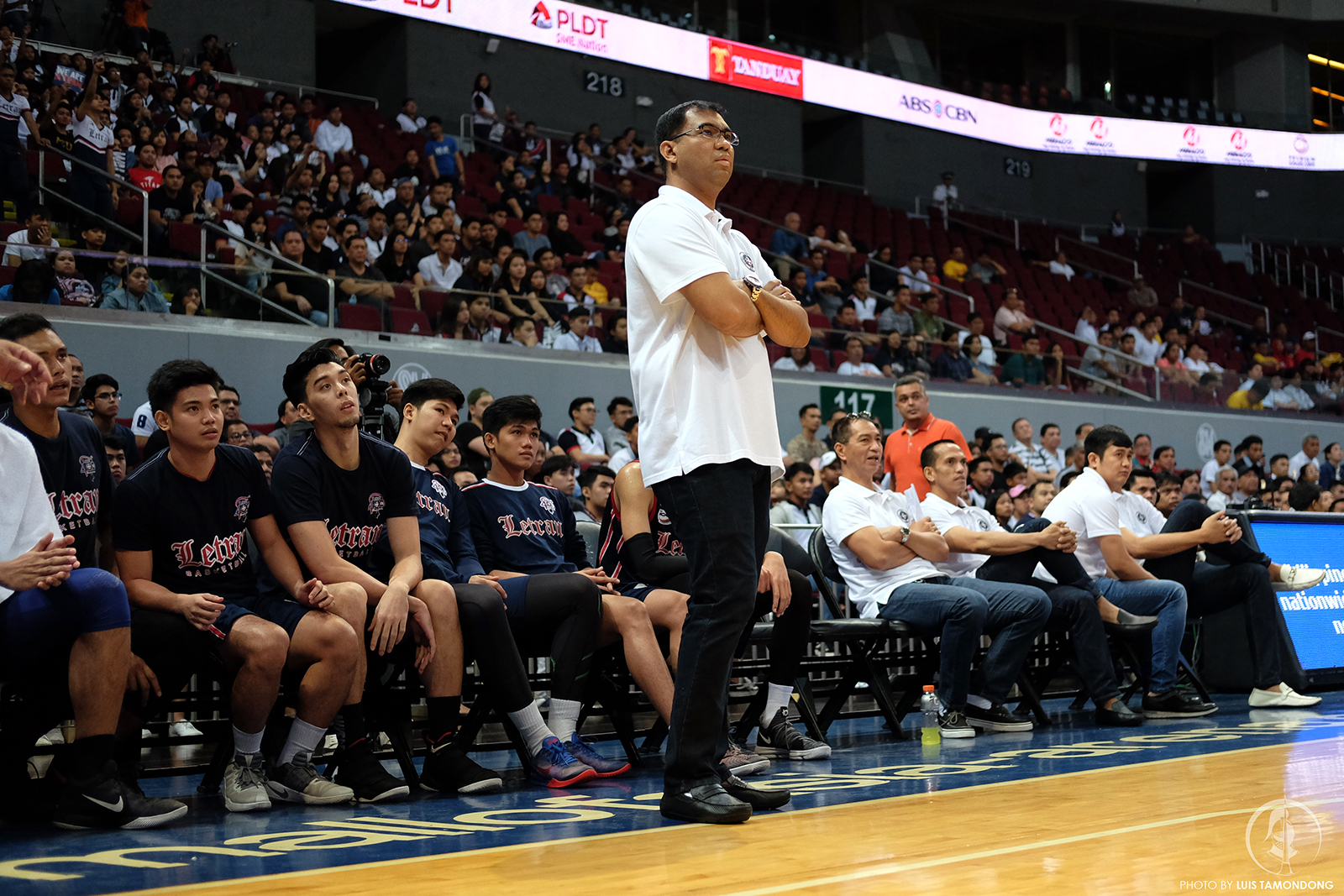 Bright future. Head Coach Jeff Napa eyes on new recruits who are suiting up for next season. Photo by Luis Alfonso Tamondong.

The Letran Knights failed to earn semifinals berth after losing to a Michael Calisaan-led San Sebastian team in the 93rd NCAA basketball competition. But head coach Jeff Napa was quick to shrug off the loss as he turns his focus on his prized recruits who are suiting up in Season 94.

The Intramuros-based squad ended their campaign with a 9-9 card, duplicating their record last season. Letran’s nucleus, however, is still intact with returnees Bong Quinto, JP Calvo, Jerrick Balanza and Jeo Ambohot at the vanguard.

“Next year is a different story eh, so it’s a matter of talagang competition. The talent we have, maybe mabigat ‘yung competition talaga,” Napa said.

The team is expected to bounce back strong next season, with the addition of ex-University of the East gunner Bonbon Batiller. Batiller averaged 10.5 points, 3.7 rebounds, 2.5 assists, and 1.6 steals during his two-year stint with the Red Warriors, and is expected to fill the void left by Rey Nambatac.

Other recruits are former De La Salle Green Archer Larry Muyang and former College of St. Benilde Blazer Christian Fajarito. Former Batang Gilas Fran Yu will also be an addition to the Knights next season after playing a year in Thailand.

After one season with UE, Yu took an unfamiliar path and played overseas wherein he joined Trail International School in Bangkok. Now, Yu is vying for a spot on the Knights’ roster in hopes to re-establish his career.

However, Napa warns his wards that being named into the lineup is no easy task. “There’s no assurance kung sino man ‘yung mali-line-up next year,” he said.

PBA bound Rey Nambatac is the only player departing Intramuros this season. The team skipper earned praises from his head coach after a stellar collegiate career.

Despite another failed title run, rest assured that the Knights will be back stronger and braver next season.